The mission will award players in the region 80 tokens to make up for the first day of the event. 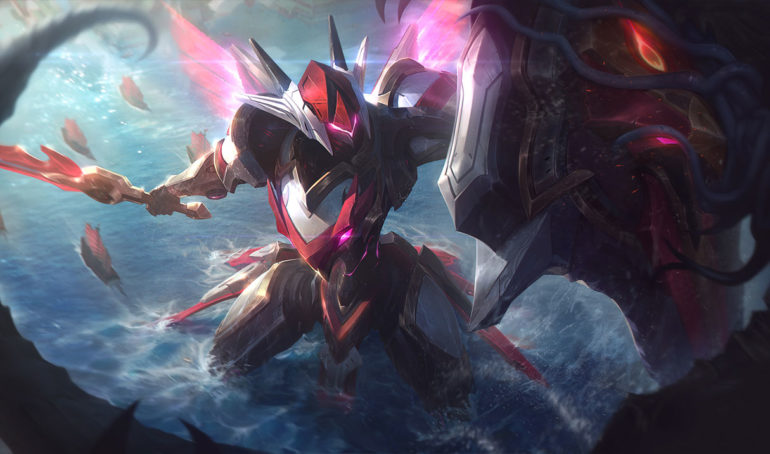 League of Legends fans celebrated the launch of the game’s newest event, Mecha Kingdoms, yesterday. But players in the EUW region quickly noticed they weren’t receiving additional token drops for their matches after they purchased the event pass.

To compensate for the issue, Riot is giving pass owners in EUW the chance to earn 80 tokens via a new mission. Any player in the region who bought the event pass before 5:30pm CT will receive a mission that, when completed, will hand out the 80 tokens, according to Riot design lead on events Justin “Xenogenic” Hanson.

There are still reports of the glitch from several EUW players, however, and the League developer has yet to confirm a fix. The event mission is set to go out either today or tomorrow, according to Riot Xenogenic.

Event passes come with their own exclusive benefits, which is why so many fans are willing to drop 1,650 RP for one during League events. Tokens serve as the primary currency used to obtain event rewards and event passes ensure that players can earn as many tokens as possible.

In addition to receiving bonus event missions that award various goodies, players who have purchased an event pass are granted additional event tokens based on the outcome of the match. In Summoner Rift games, wins grant 12 tokens each, while losses hand out six tokens. Games on Howling Abyss grant eight tokens for wins and four for losses.

The Mecha Kingdoms event ends on Feb. 18, but players will be able to continue spending their tokens until March 2. Those who purchase an event pass will automatically unlock an event icon, 200 Mecha Kingdoms tokens, and four Mecha Kingdoms Orbs, which contain a skin shard and the chance of dropping a Gemstone or other bonus rewards.