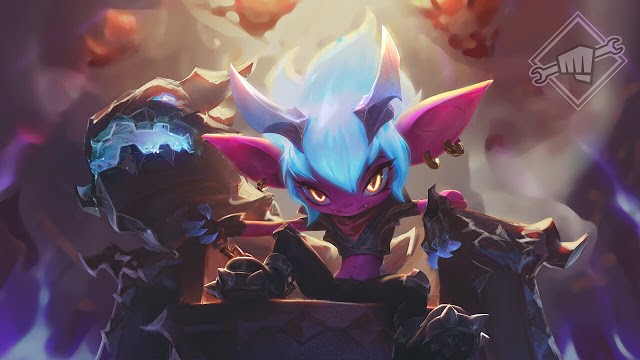 After revealing which champions were getting changed up for League of Legends‘ Patch 10.16 yesterday, Riot Games’ lead gameplay designer Mark “Scruffy” Yetter has finally unveiled the detailed buff change list headed to the game.

Multiple big-name champions are getting adjusted for the better this patch, including Ziggs, Akali, Yasuo, Hecarim, and Tristana. Other champions are also receiving some significant changes to their kits and numbers.

Ziggs’ passive, for example, is getting adjusted so that its AP ratio is now set at 50 percent flat, while also doing 250 percent damage to towers as well. The Hexplosives Expert has always been a menace when taking towers, especially with the Demolish rune. But now he’ll be blasting enemy objectives with ease.

Yasuo, on the other hand, is getting a minor MR increase of two. But his ultimate will now have a bonus AD ratio of 175 percent. These buffs come just in time for playoffs and coincide with the release of Yone. Many people will likely try to play the two brothers on Summoner’s Rift.

Tristana has always been a big pick for both pro play and solo queue, but Riot is giving her E ability a new effect. Her Explosive Charge will now increase in damage by one percent for every two percent of crit chance. This will give Tristana that much more damage in the later stages of the game, once she’s amassed enough critical strike items.

Meanwhile, Akali has gotten another adjustment to her kit. Riot is shifting her Shuriken Flip from physical damage to magical damage. This change should give her a bit more damage when hopping in and out of fights—and it could help her struggling win rate in solo queue. She has the lowest win rate of any mid lane champion in the game right now.

It’s unclear how teams in pro play will adjust to these changes in the meta, especially with the number of priority champions set for nerfs in Patch 10.16. These changes are mainly being made to diversify the meta before playoffs, so fans might see some unorthodox picks when the postseason rolls along.