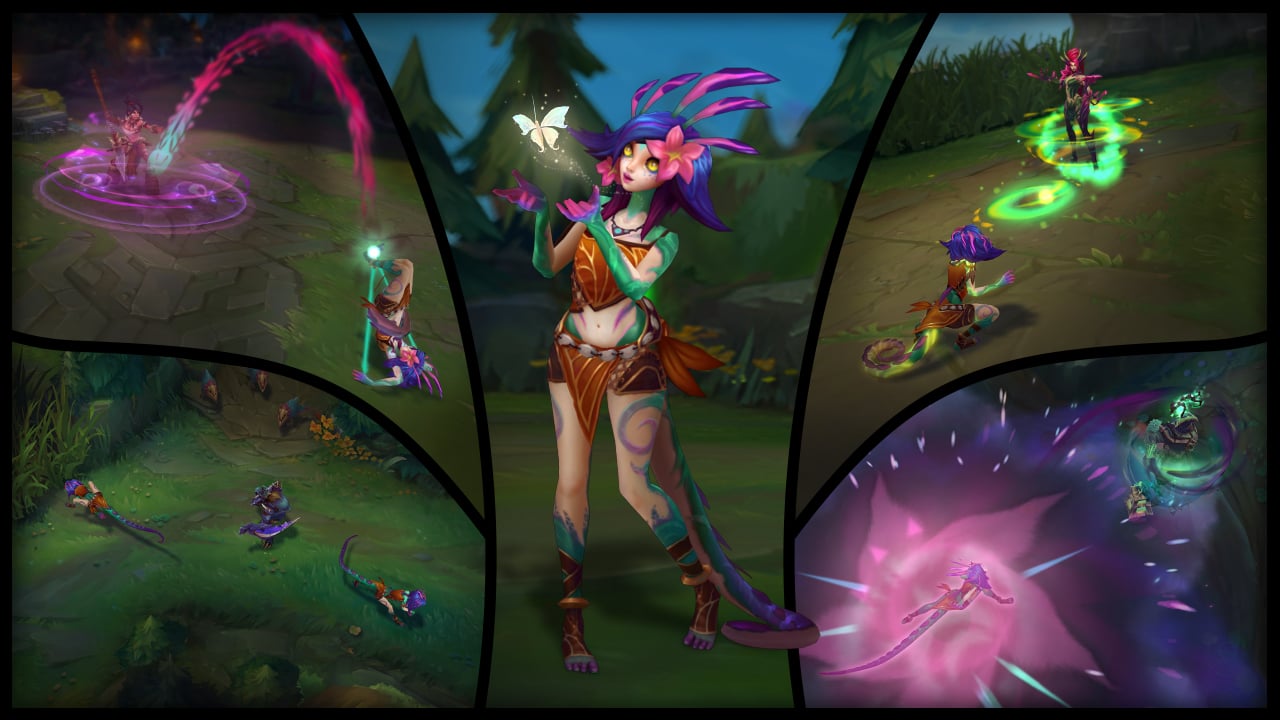 With the release of the mini-patch 8.24b yesterday, Neeko has officially been live in League of Legends for one whole patch. We played her extensively throughout the last two weeks and monitored her stats to see just how balanced she really is.

We were especially curious, because first impressions on the PBE tended to swing our opinion toward the “OP” category and away from “balanced.” Well, PBE impressions are always difficult to gauge, as the PBE meta is always vastly different from the live game, and now, we’re happy to report that we were definitely wrong. Not only is Neeko not over-powered, she’s totally balanced.

One patch after release, she might be in a healthier state than we’ve ever seen before in other new champions after the same time window. First, let’s go over her numbers.

She boasts a five percent playrate in the mid lane, according to stats site Champion.gg, which is her primary position. That’s actually sort of on the low side for a brand new champion, which is already pretty shocking. Her winrate is the kicker, though, especially when combined with her rather mellow playrate.

Related: Neeko made her professional debut at All-Stars one day after her release

She’s sitting pretty right now at an almost-exact 50 percent. Typically, when a new champion comes out, it either teeters way down around the 40 percent range (this tends to happen for either really difficult or really weak champions), or it swings the other way into the 55 percent or more range (either too strong or too easy). Neeko, with a solid five percent playrate and 50 percent winrate, is smack in the middle. Now, let’s talk about why that is.

When we initially reviewed Neeko’s power pre-release, we thought her incredible AP scalings and relative ease of landing damage would make her too strong. Those are certainly her strengths, but she struggles to impact fights when her Q is on cooldown, she’s easily diveable, and she’s extremely squishy. This means that she has very obvious weaknesses to pair up with those strengths, and that’s what any champion needs if they wish to be balanced.

She excels as a tower sieger, as her Q is fast and hard to dodge but still packs a punch. If your team is geared toward quick engages and bloody teamfights, though, you should run right over her. Obviously, there are some exceptions, but generally we found that theory holds up. One of the most impressive parts of her design is the ability to run multiple roles, like jungle and support, without feeling too strong or too weak in any of them. In fact, as long as you know how to play her and the role, you should be just fine. That’s not something that can be said for every other new champion.

Of course, our stance may change when we see pros get a hold of her when the various regional leagues begin in January. For now, though, Neeko is perfect just where she’s at.