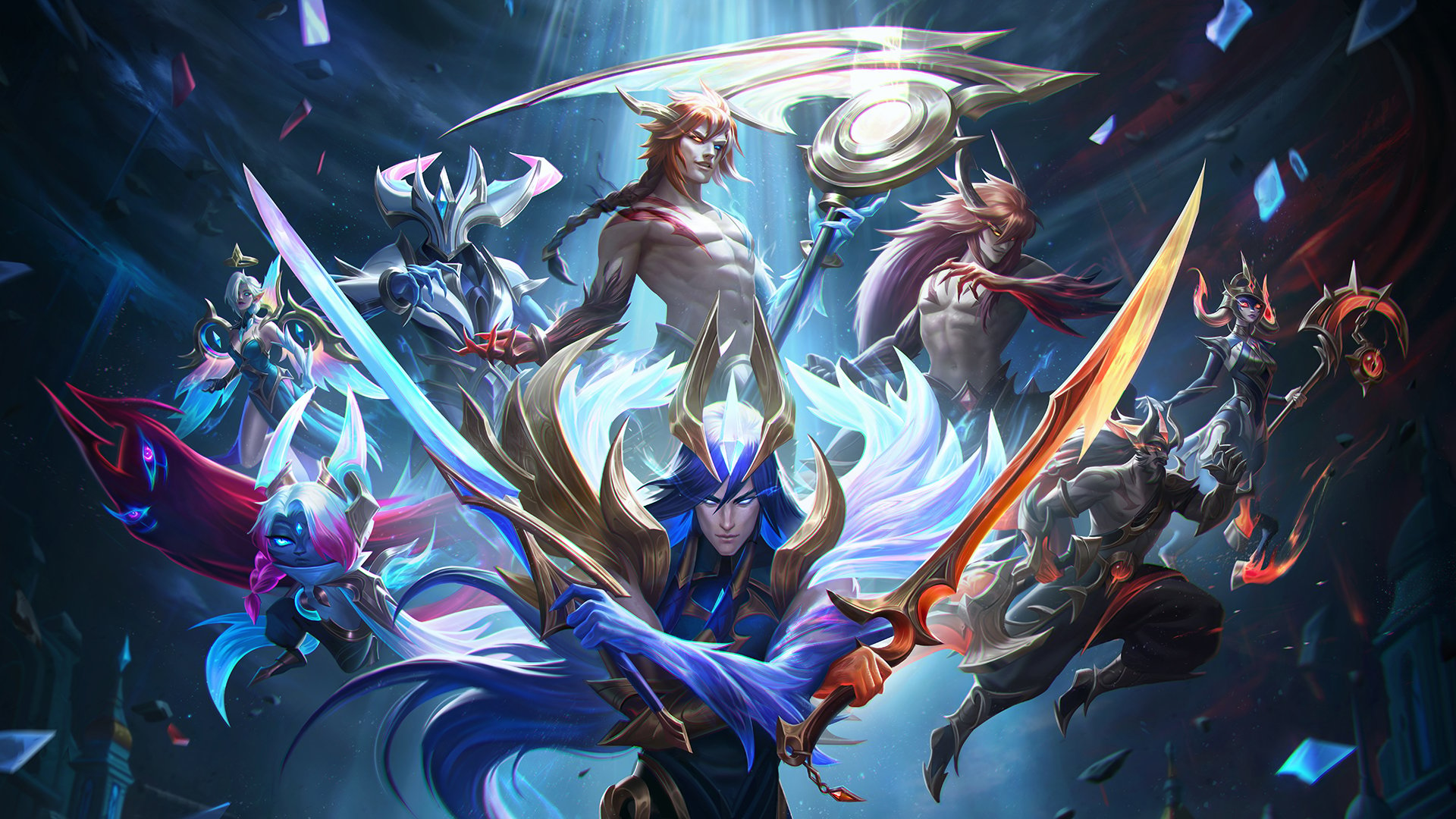 Are you ready to pick a side between order and chaos once again, summoners?

Riot Games will be presenting you with that choice with a whole new set of League of Legends skins. Morgana and upcoming champion Vex are joining the Dawnbringers, Tryndamere and Lillia being added to the Nightbringers, and both Kayn and Yone sitting somewhere in between.

The developers also released a quick trailer with half the screen colored blue and the other colored in red for a majority of the video. In only 40 seconds, both Yone and Kayn show off their new designs in the flurry of battle. But the rest of the champions featured in this new drop were nowhere to be seen.

In the splash art, Morgana can be seen on the far left side, clothed in the recognizable blue and white tones of the Dawnbringers, with a gold crown and angelic wings to show which side she’s clearly chosen. League’s next champion, Vex, has also surprisingly joined the side of dawn. It’s an unusual juxtaposition for the Gloomist, who’s been known as an advocate for everything doom and gloom since she was revealed in the Sentinels of Light event.

But there’s an equally jarring opposite that’s joined the side of chaos. The normally-cheery Lillia has joined the Nightbringers alongside Tryndamere, sporting a dark, brooding red and black color scheme. Her glowing crimson eyes and horns are a striking change to her usual soft, calm colors and demeanor.

Yone and Kayn are the more interesting champions involved in the skin line since they both might be toeing the line between chaos and order. For the Shadow Reaper, it looks like the side he chooses all depends on the form he decides to take in-game, with his Darkin form joining the Dawnbringers and his Shadow Assassin form sending him over to the Nightbringers.

Yone, on the other hand, has two swords that seem to be originating from each side of the battle. In the teaser video, one half of his wings are orange and red, while the other side is blue in color. There could be a chance that the Unforgotten has aspects of both sides within him, at least in terms of the lore. Either way, these two champions seem to be the big focal point for this upcoming event and universe at the moment and should look amazing on Summoner’s Rift whenever they become available in League.