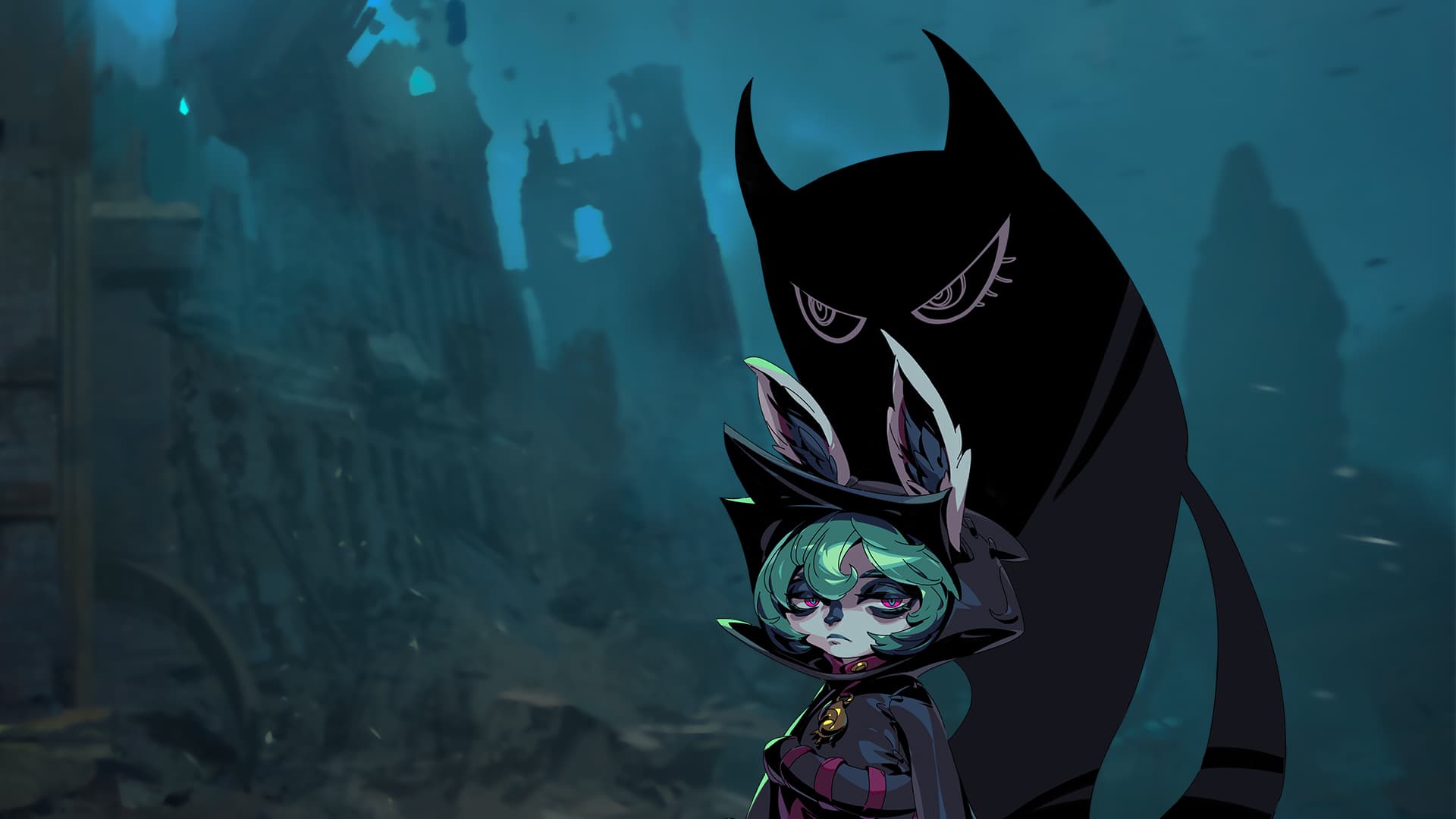 Get ready, League of Legends fans, because Summoner’s Rift might be getting a splash of drab and darkness soon. The champion spotlight video for Vex has been officially revealed after being prematurely released by Riot Games’ Brazilian Twitter account.

The trailer begins with some of League’s cheeriest characters like Lux, Zoe, and Fizz jumping around being their bright, happy selves. But Vex is seen lying face down as she groggily replies to the noise, “leave me alone, I’m sleeping…”

Her abilities are then put on full display. She first blasts Zoe away with a wide projectile that passes through her enemy. It’s reminiscent of Ezreal’s ultimate, Trueshot Barrage, but is dark and shadowy compared to the bright lights of the original. It also isn’t a global ability but instead travels a decent distance away from Vex. Afterward, she tiptoes over to the jungle, where she’s confronted by Fizz.

As Fizz hops over the wall, a mark can be seen over his head. And when Vex’s shadow pulls something from the Tidal Trickster, that mark disappears. When Fizz dashes through her, he’s instantly feared away. It’s unknown what this mark does or what causes the fear, though.

Afterward, Vex shows off a charged, area-of-effect ability that ramps up in size first before activating and fearing anything in its radius. It looks to be easily avoidable by itself, but when combined with other abilities, it could be an amazing zoning tool to help control areas of the map, like the Baron or dragon pit.

Lastly, the video unveils what seems to be her ultimate ability. The enemy team is taking a dragon when suddenly Vex launches her shadow from a significant range to hit Teemo. She instantly blinks to his position and kills him. She then throws her shadow to two more enemies to blink to them. She also hits Tristana, who tries to jump over the wall to safety, but the blink follows her over and Vex wipes the floor with the entire opposing team.

Right at the end of the video, Riot also shows off a possible skin for Vex that has her clothed in white and gold. Vex will be the first yordle champion to release since Kled in 2016. Many League players will be curious to see exactly what her abilities do and what sadness she can bring to solo queue.

Correction Sept. 2 4:10pm CT: This article previously said that Vex will be the first yordle champion released since Gnar. We regret this error.