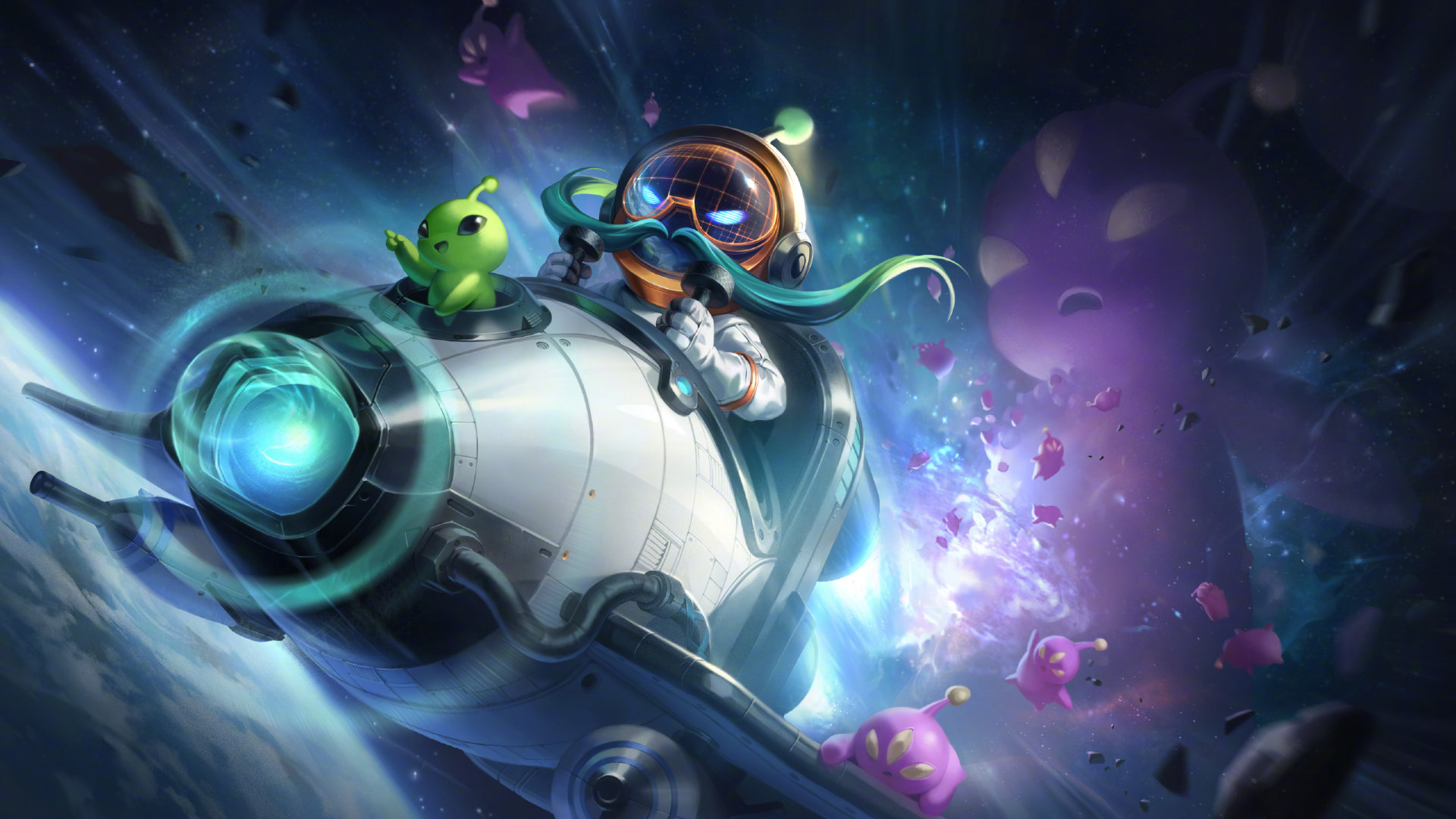 Riot Games has introduced the newest set of skins coming to League of Legends. The famed Astronaut skin line is receiving some new additions in the near future. New Astronaut skins for Maokai, Rammus, Veigar, and Corki were all revealed earlier today and are set to hit the League shop some time in the coming weeks.

These new skins rely heavily on the blue-green color scheme that’s traditionally been seen in the Astronaut skin line, as well as the thematic elements of space travel and alien contact.

These skins join the already-packed Astronaut skin line. Bard and Gnar received Astronaut skins last spring. Players should keep in mind, though, that there’s a difference between the Astronaut and Space Groove skin line, despite obvious similarities in thematic elements.

Notable highlights of the new Astronaut skins include a tiny green alien serving as Maokai’s Sapling, a set of UFOs lining the exterior of Veigar’s Event Horizon (E), and a line of moon craters being left in the ground after Corki uses his Valkyrie (W).

This new set of Astronaut skins has not been given a release date, but they should be available for testing on the PBE in the near future and available for purchase in several weeks.