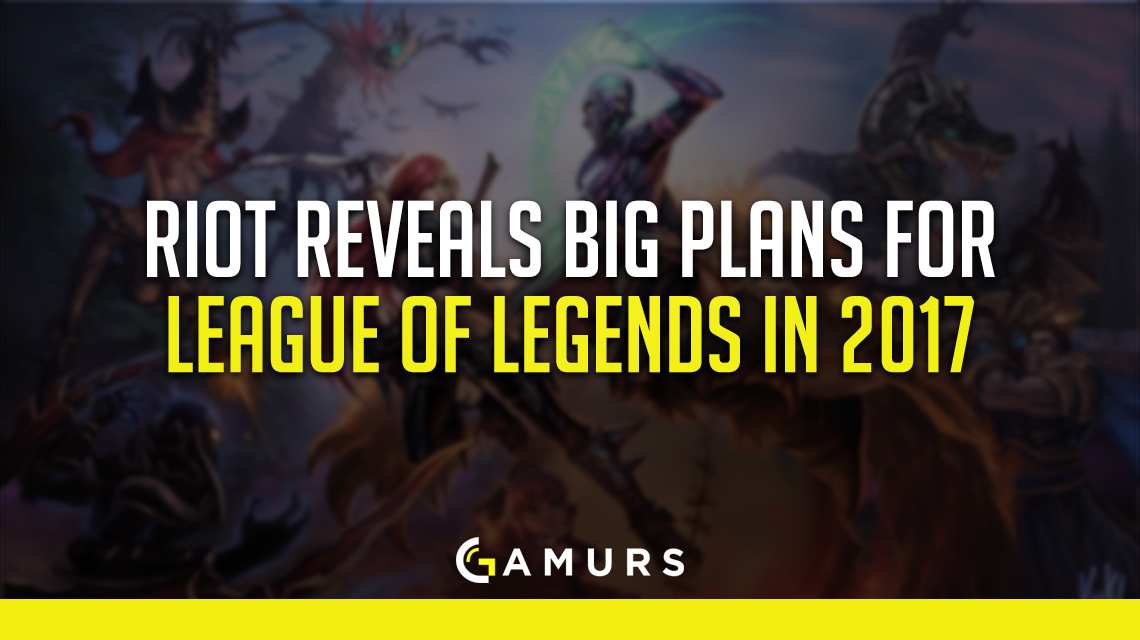 Riot Games has <a href="http://www.lolesports.com/enUS/articles/lol-esports-now-and-future” target=”_blank”>outlined some big changes for League of Legends esports to come in 2017 and beyond, including revenue sharing for in-game items and crowdfunding for the prize pools of Worlds and MSI. This announcement comes a short time after a very public feud between Riot president Marc “Tryndamere” Merrill and Team SoloMid owner Andy “Reginald” Dinh regarding concerns of LCS team owners.

“As we move into 2017 and beyond, we’re continuing to take steps towards a future where top LoL players have very well paid, long careers doing what they love,” the announcement said. “And where LoL esports team organizations are thriving businesses led by empowered owners who share responsibility and accountability for the long term prosperity of the sport.”

“To help get us there, we’ll share LoL esports revenue streams and collaborate with our partners to develop new business models and actively shape the league. We want these partners to have permanent stakes, to be invested in a stable future and to profit from the continued success of the sport.”

The statement goes on to say that revenue sharing will begin with 25 percent of Team Championship skin revenues going to the teams they’re based on, beginning with this year’s Worlds. More team-branded content will also be coming in 2017, with an increase in the percentage of summoner icon revenues.

“As we invest and build towards the future, we recognize that the current ecosystem isn’t consistently profitable yet for team owners or for the league,” the statement continued. “Costs have risen – namely in the form of player salary increases and support for those pros – mainly as a direct result of significant external investment and interest in the scene. For example, motivated owners in the LPL have been trying to be more competitive globally in part by importing star players at high salary, which has led to a similar increase in salaries in leagues like the LCK as they try to protect their homegrown talent. That investment is a positive thing, especially for pros, but we understand it creates pressure for teams juggling costs in the short-term and we want to help them avoid cutting pro salaries and support.”

“This part of the journey isn’t unusual; escalated investment is a natural occurrence in a growing ecosystem, and is a sign that our initial approach has been working. However, we recognize that we can help rebalance the scene by accelerating some of our longer-term economic tactics to help address short-term pain felt by many of our partners.”

Also in 2017, starting on a league-by-league basis, Riot will be giving teams a lump, minimum income.

“In 2017, each league will set aside a guaranteed minimum to each of its teams as it determines appropriate based on regional needs. For example, the EU LCS will have a minimum revenue amount of €100,000 per team for the full season, of which 50% will go to players as supplemental income on top of their existing salaries. Even without counting the retroactive payments to past champions, this will contribute millions of dollars in additional revenue to teams and pros each year.”

What do you think of the changes coming to LoL esports? Let us know in the comments below and follow @GAMURScom on Twitter for further esports coverage.