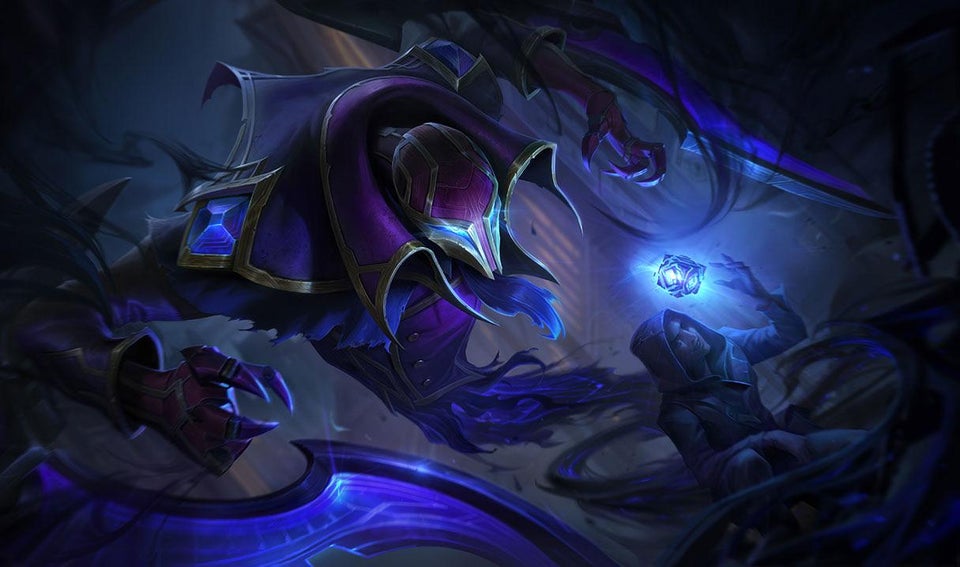 League of Legends fans who have been saving up their gemstones will soon have a new skin to unlock. Riot Games showed off a Hextech skin for Nocturne with today’s update to the Public Beta Environment.

For now, fans only have the skin’s turnarounds. Riot has yet to reveal Hextech Nocturne’s ability effects. But if the skin’s splash art is any indication of the skin’s abilities, fans can expect the cosmetic to follow a similar bright blue, purple, and gold aesthetic as previous Hextech skins.

Hextech Nocturne will likely join the rest of League’s crafting-themed skins in the game’s Hextech Crafting tab, where it’ll be available for fans to unlock for 10 gemstones.

Yesterday, Riot previewed two new additions to the High Noon skin line set to release in the next patch for Senna and Irelia. Senna’s High Noon skin will be a Legendary cosmetic similar to Ashe’s Western look, while Irelia’s will cost 1,350 RP as an Epic skin.

For her High Noon look, the Redeemer rides a fiery red horse onto Summoner’s Rift. Her abilities leave a trail of fire and char the earth wherever she casts them. High Noon Irelia follows a similar aesthetic, throwing out blades of fire and sprouting wings for her recall.

Fans can expect League’s newest High Noon and Hextech skins to become available with Patch 10.12, which is scheduled to release on June 10.