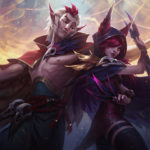 The last patch of the current season, 10.22, aims to balance a few more stones in what looks to be one of the stabler League of Legends seasons we’ve had so far. Though there were only four names that were on Riot Games’ banhammer radar, five champions will be in for a treat as Riot wraps up the season.

Xayah, LeBlanc, Sejuani, Nasus, and Brand all have win rates that are around 50 percent or lower. While these champions are certainly not at the bottom of the barrel when it comes to power rankings, there have been other candidates that can do what they do better.

Riot hasn’t disclosed the details of the buffs that Xayah, LeBlanc, and Sejuani would receive but gave some insight regarding the remaining two champion’s futures.

Nasus’ ultimate, Fury of the Sands, will grant him more bonus resistance. The old version of the ultimate opened the resistance doors from 15 and capped at 55, while the new one will start from 40 and end at a total resistance of 70. He’ll no longer gain one-to-three resistance per second, however.

While the buff may look like a simple number adjustment, it can change how Nasus is traditionally played in almost all skill-tiers. Rushing a Magic Resist item against mage-heavy lineups has been slowing Nasus down from taking off, and he can even start to contribute more to early teamfights with his increased tankiness. Overall the buff is decent enough to make Nasus stronger in the early game, which can be all he needs to get some spotlight in the meta.

Brand’s demise from popularity wasn’t necessarily because of his kit’s utility. The champion’s kit provides everything you’d need to take over a game, but he takes too long to come online, and there are champions that can out-scale any day of the week if a match drags on.

Riot will be dialing down Brand’s passive’s explosive damage to 10-14 percent from 12-to-14 percent but will be increasing its scale rate by 0.5 percent. Despite being a nerf to Brand’s early game, this change could open the way for him to stand his ground toward the game’s later stages.

His E, Conflagration, will always spread to nearby enemies starting with the new patch, but the spread range will be lowered from 375 to 300. The blaze effect will double the spread range to 600, and his ultimate can not bounce to Brand himself.

While it isn’t known whether Brand will be affected by his own ultimate, it can certainly increase the champion’s solo kill potential to higher than it’s ever been. Brand used to require the assistance of minions and a bit of luck to secure solo kills in the lane, but he can now do it easily to any champion he successfully corners out.

The changes to Brand certainly has the potential to bring him back to the mid lane, but his viability as a support in the bot lane should also increase in the meantime. 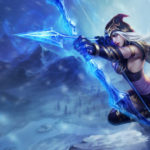 Riot may not have listed Ashe and Jinx’s changes under the buff column, but those may be sleeper adjustments of the upcoming patch since both changes allow the two champions to excel more.

Ashe’s Volley, which used to fire nine shots at all levels, will now start firing seven shots at level one. The Volley will cap at 11 slowing arrows when maxed out, which can increase Ashe’s effectiveness in mid-game teamfights. Her laning may suffer as a result, however, but it may end up being a worthy tradeoff.

Jinx, on the other hand, will have access to yet another burst damage source as her traps are set to deal immediate damage upon activation. The champion’s immobilizing traps used to deal their damage over 1.5 seconds and which took away from her burst potential. Enemies may start feeling a little bit more unsafe about walking into Jinx’s traps following the patch since they’ll have less HP to react.