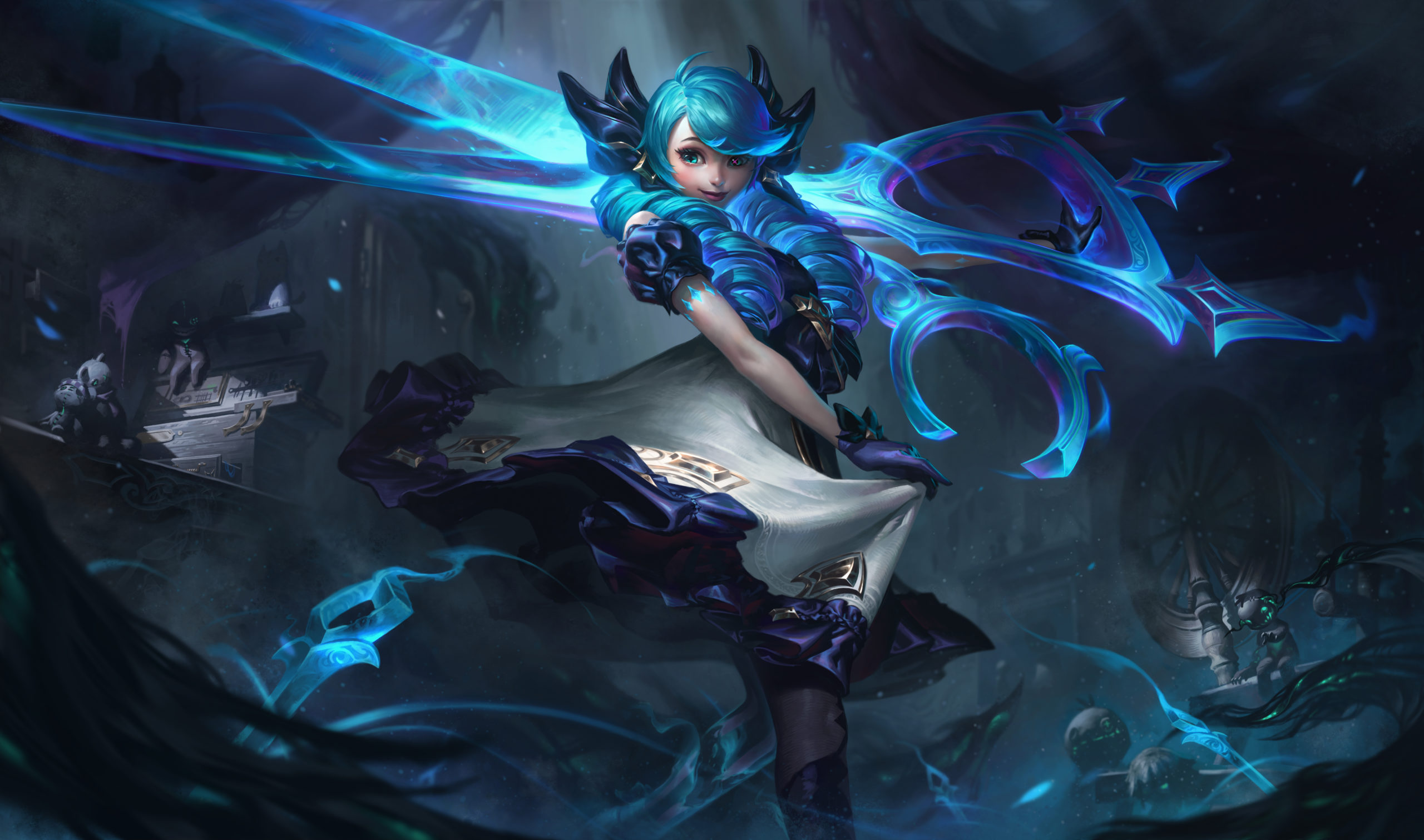 League of Legends fans were recently introduced to Gwen, the newest face that’s set to join the game’s ever-growing roster of champions. And now, her official biography provides more details about how she came to life and why she aims to stop the spread of the Black Mist.

Gwen’s story starts in a humble village outside the long-lost kingdom of Camavor, where she was sewn together by a humble seamstress. The doll remembers her past with fondness, spending time with her creator while she continued to work on her craft.

At night, she and the seamstress would have playful duels with silverware of every kind and they were happy together. Slowly, however, the fun and games stopped and the happiness was replaced with painful memories of a man who she couldn’t seem to recall.

One night, Gwen woke up on the distant shores of a land far from her home—except she quickly realized that she was no longer a doll but a living girl. She jumped up with happiness and skipped across the beach until she came across broken chests with a seamstress’ tools.

When she touched the scissors and needles, she immediately knew that they were her creator’s tools. Magic began to flow from between them, but at the same time, the Black Mist was attracted to the energy that had sparked from Gwen.

As she was slowly engulfed by the Mist, her memories were finally unlocked. She could see her creator in pain and the man whose name finally returned to her mind: Viego. Picking up the needles and scissors, Gwen fought back against the Black Mist, vowing to track the darkness and oust it from the world at all costs.

Gwen is the first of three champions set to release that will be linked to the return of Viego. Another champion that many people believe will be releasing is Gwen’s creator and Viego’s wife, Isolde. But there hasn’t been any confirmation from Riot about that just yet.

More lore around the return of the Ruined King should be released in the coming months to help build the latest story arc in Runeterra.