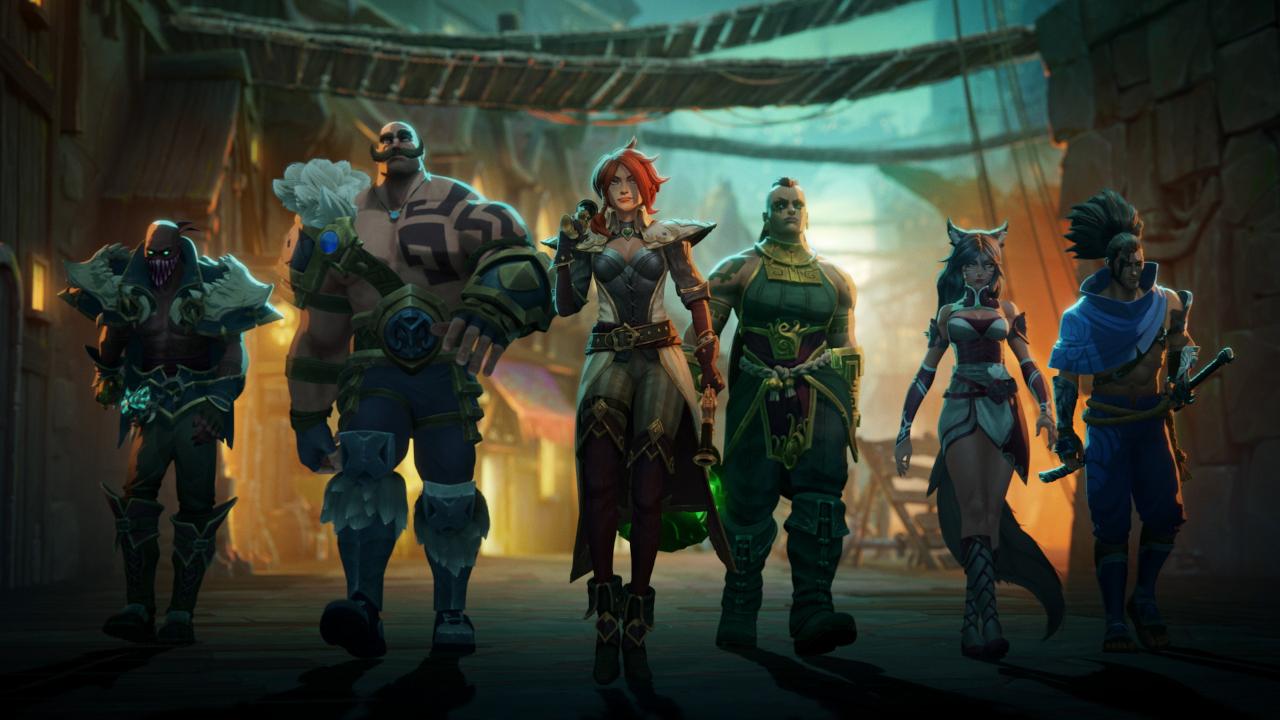 Riot Forge, a player and developer-focused publisher with a mission to bring new League of Legends games to players, unveiled the release of Ruined King and Hextech Mayhem in a video showcase today.

The publisher’s debut games, which have been cooking since Riot Forge was founded in December 2019, are now available to play.

Ruined King is a single-player turn-based RPG developed by Airship Syndicate, the creators of Battle Chasers: Nightwar and Darkside Genesis. Led by comic book artist Joe Madureira, the game is set in Bilgewater, a bustling port city home to sea hunters, dock gangs, and smugglers, and the Shadow Isles, a land cursed with the deadly Black Mist.

Ruined King costs $29.99 and is available on Nintendo Switch, Xbox One, PlayStation 4, and PC.

A digital deluxe edition is also available for $39.99 and includes Ruined King skins for Miss Fortune, Illaoi, Braum, Pyke, Ahri, and Yasuo, the Ruination starter pack, and some other additional items. And a physical collector’s edition of the game is available for $129.99 and includes an art book, an exclusive sketch by Joe Madureira, a 12-inch vinyl soundtrack, a cloth map of Bilgewater, a notebook and pen, and a Bilgewater mug.

Hextech Mayhem, which was teased last week, is a rhythm runner developed by Choice Provisions, the creators of the BIT.TRIP series. Set in the League universe, players will take control of Ziggs and perform bomb-jumps and bomb-attacks to avoid obstacles, disarm enemies, and light fuses for explosive chain reactions.

To coincide with the release of the games, Riot Forge revealed some new details about several upcoming releases, including Song of Nunu and CONV/RGENCE. The games will be available sometime in 2022.

“The League Universe and its champions offer limitless possibilities; by supporting and empowering passionate partners to tell their own stories and expand the League world, we’ll deliver a variety of bespoke games that enable players of all types to experience League in new and exciting ways,” Riot Forge said.