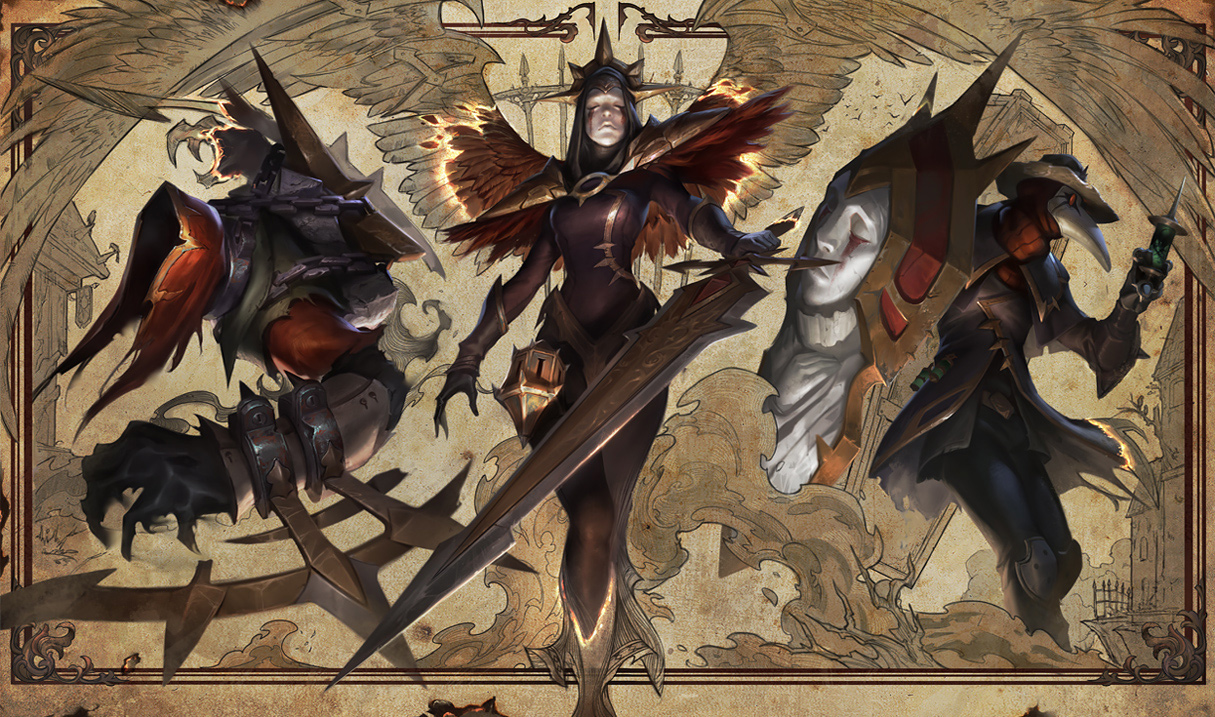 If you’ve been to the League of Legends subreddit or have ever visited the official game forums, you’ve definitely seen suggestions like these pop up. Perhaps you’ve typed one out yourself. Players are often very interested in bringing back features to the game that were once a commodity, but were removed to make way for new features.

If you’re one of those players, Riot isn’t too happy with you. More specifically, Riot’s game designers aren’t happy with you. They aren’t angry, they’re just disappointed.

“What are the HUGE changes we should be making?” Rigney said. “What’s the work we could be doing that makes League twice as good as it is now? Yeah, sure, we’ll do the little things that players want, because we care about listening to the community. But four or five years from now will ya’ll still be shitposting about troll skin ideas? Who’s gonna kick us in the ass and demand that we make League into the best game it can be?”

Riot is clearly angered by all of these requests, but not because the company disagrees that the changes are good ideas. Instead, it’s because the requests are uninspired. If these changes ever did come to fruition, what would Riot focus on next? Rigney claims that all Riot has heard for the past year are echoes of calls for old features, and when that trail goes cold, he’s worried that the community will lose its drive to make League a better game.

Ben “Draggles” Forbes, another Rioter, jumped into the conversation on Twitter, claiming that the requests are fine, but Riot is thirsty to improve the game beyond that. He wants to see the big picture requests instead.

Truth be told, both Riot and these particular fans are somewhat at fault. For starters, Riot hasn’t implemented these features yet, so why would the community stop asking for them? If the community believes these features would better the game, and they haven’t been added to the client yet, of course people will keep asking about them. Why would they venture to come up with more ideas when the few that they have seemingly haven’t been listened to?

More importantly, players do actually ask for more than just old features. You could spend mere minutes on the forums or Reddit and you’ll find them. For example, on Reddit alone, there’s a post suggesting using AI from the Invasion event to improve the early game learning experience for new players. There’s another one suggesting an icon collection feature, and yet another talking about improvements and complaints on the mission system.

That’s just Reddit, too. On the game forums, again within minutes of landing on the homepage, there’s one post suggesting new items, one with a new champion theme, and another challenging Riot’s perception of the ADC class.

Granted, it’s tough to look at Reddit and the forums to see shitposts and nonstop complaints and ever think there’s a good idea among them, but… there are. The ideas, the suggestions–they’re there, and they aren’t even buried that far. So those ideas either aren’t good enough for Riot’s standards, which would need to be spelled out more clearly, or Riot is choosing not to look for them. Either way, that’s on Riot’s shoulders.

As for the community, yeah, give it a rest, especially with requests for spectating high elo players and the death recap. Uses for both of those features are extremely limited, and they don’t make much sense to have in the game.

Spectating is easily trumped by the experience you witness whenever you visit Twitch to watch your favorite streamer, and the death recap is only used by those streamers when they’re in disbelief that they just lost a fight. Wouldn’t you want Riot to dedicate the time and energy it would take to add those features and use it for something better or useful?

Either way, both sides have some semblance of fault in this scenario. Riot will probably remain transparent when it comes to communicating with the players, and players will continue to suggest whatever they personally feel is a good idea to add to the game.

That dynamic has historically worked well, but now that Riot has revealed its frustrations with those players, that relationship may become a bit more tense.