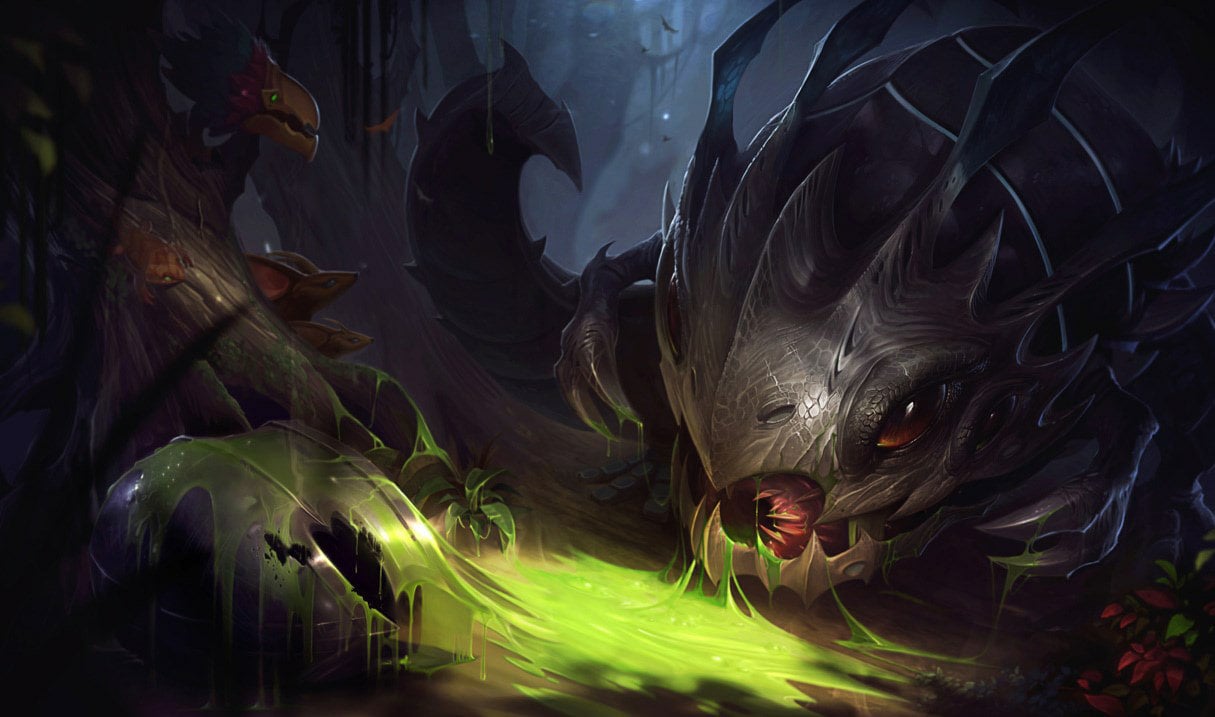 Kog’Maw has long been overshadowed by bigger and better champions in League of Legends. But Riot is looking to change that in the next patch by buffing the mucus-spewing space puppy.

Kog’Maw has a solid win rate in solo queue, but his stats are skewed by his embarrassingly low pick rate. He’s picked just 1.34 percent of the time—the third-lowest in the ADC position. In stark contrast, Ezreal has a massive 45 percent pick rate in Patch 10.12.

To make amends for this, Riot is targeting Kog’Maw’s ability power values and buffing both his Caustic Spittle (Q) and his Living Artillery (R). The balance changes are tentative and potentially experimental, but there’s a chance they’ll make their way to the live servers.

Riot is increasing Kog’Maw’s Q AP ratio from 50 to 70 percent and his ultimate AP ratio from 25 to 35 percent. If the devs finalize these changes and they go through, AP Kog’Maw will almost certainly be a viable pick in the bot lane and maybe even a meta champion in Patch 10.13.

It’s unclear, however, how Kog’Maw would perform against Ezreal, Varus, and Aphelios, but his pure damage output could be enough to put him into contention.

League’s Patch 10.13 is set to hit the live servers on Wednesday, June 24. A preview for the patch will likely be released later this evening.