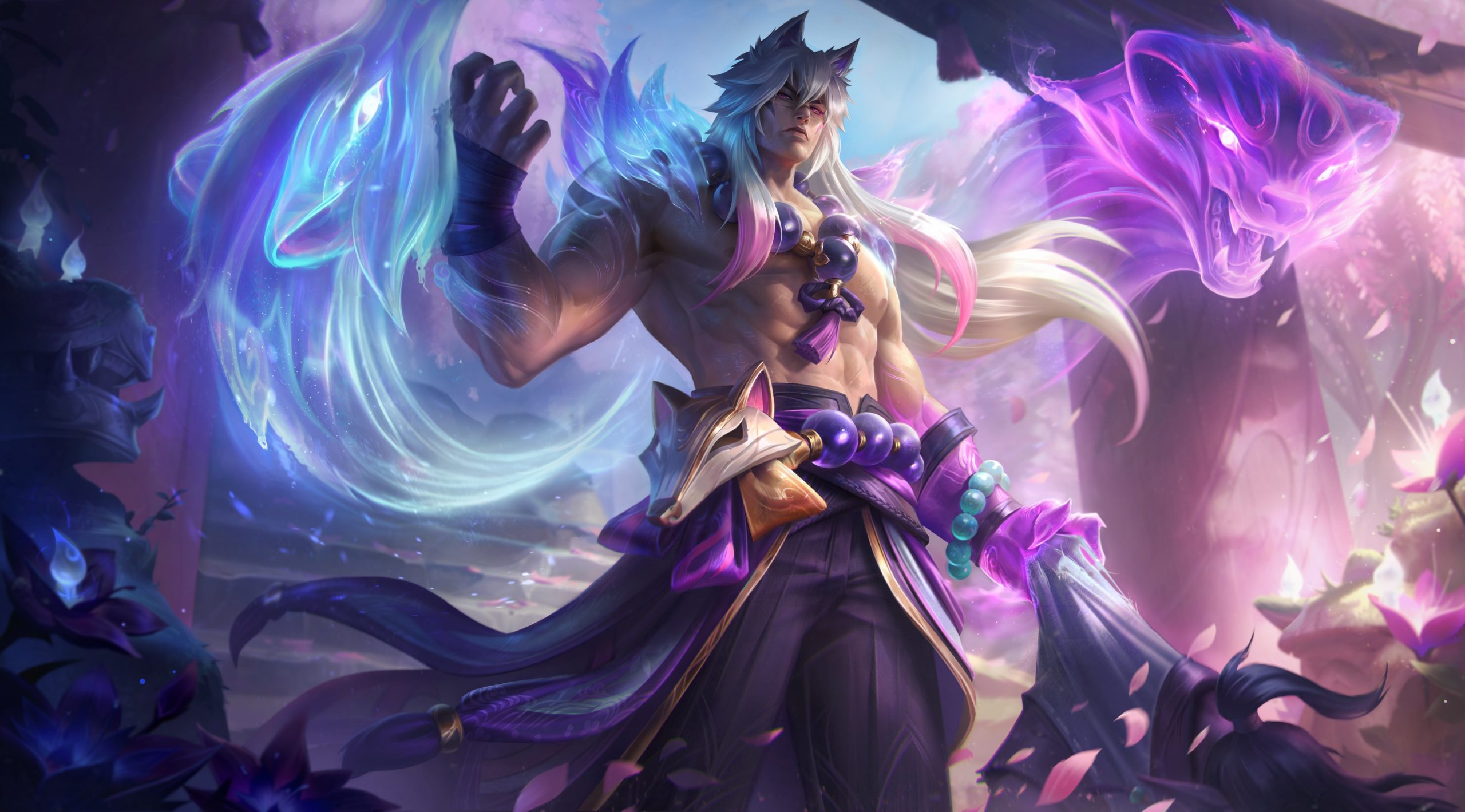 One of League of Legends’ most popular recent skin lines is making a surprise return to the game to accompany this year’s World Championship event, complete with a handful of new champions in fantastical outfits.

Following an initial teaser, Riot Games has officially announced the return of Spirit Blossom to League, a universe that debuted alongside a massive summer-long event in 2020. This time around, Syndra, Tristana, Soraka, Evelynn, Sett, Aphelios, Yorick, Darius, and Master Yi will be joining the lands of the roaming spirits. Master Yi will also be receiving a Prestige version of his new Spirit Blossom skin, available via the simultaneous event.

Spirit Blossom originally marked a new venture for Riot that it would continue in the following years. Players could partake in the game’s first in-game visual novel, completing missions to progress through stories that allowed them to interact with the various champions in the Spirit Blossom universe and earn rewards. Though this style was used again in the Sentinels of Light and Star Guardian events, many players believe Spirit Blossom implemented the visual novel format the most effectively.

Each of these skins depicts these champions covered in mystical pink flowers known as Spirit Blossoms, as well as dressed in light, Eastern-style clothing. Many of the effects in each skin also include wildlife such as wolves and butterflies. For champions like Evelynn, Yorick, and Darius, this style is a major step away from their normal, more grim thematic, but the bright colors allow them to seamlessly fit into this universe.

It is currently unclear if all of these skins will be released at the same time. But it is likely that they will be split across two patches to keep players enthralled with what is likely a Spirit Blossom event to coincide with the skins.

Players can look forward to traversing the world of Spirit Blossom once more when at least some of these skins go live with Patch 12.19 on Oct. 5, and will be ready for testing on the PBE soon. An official trailer showcasing these skins on the Rift is likely to be released soon, alongside information on if they will all be available to purchase at once.