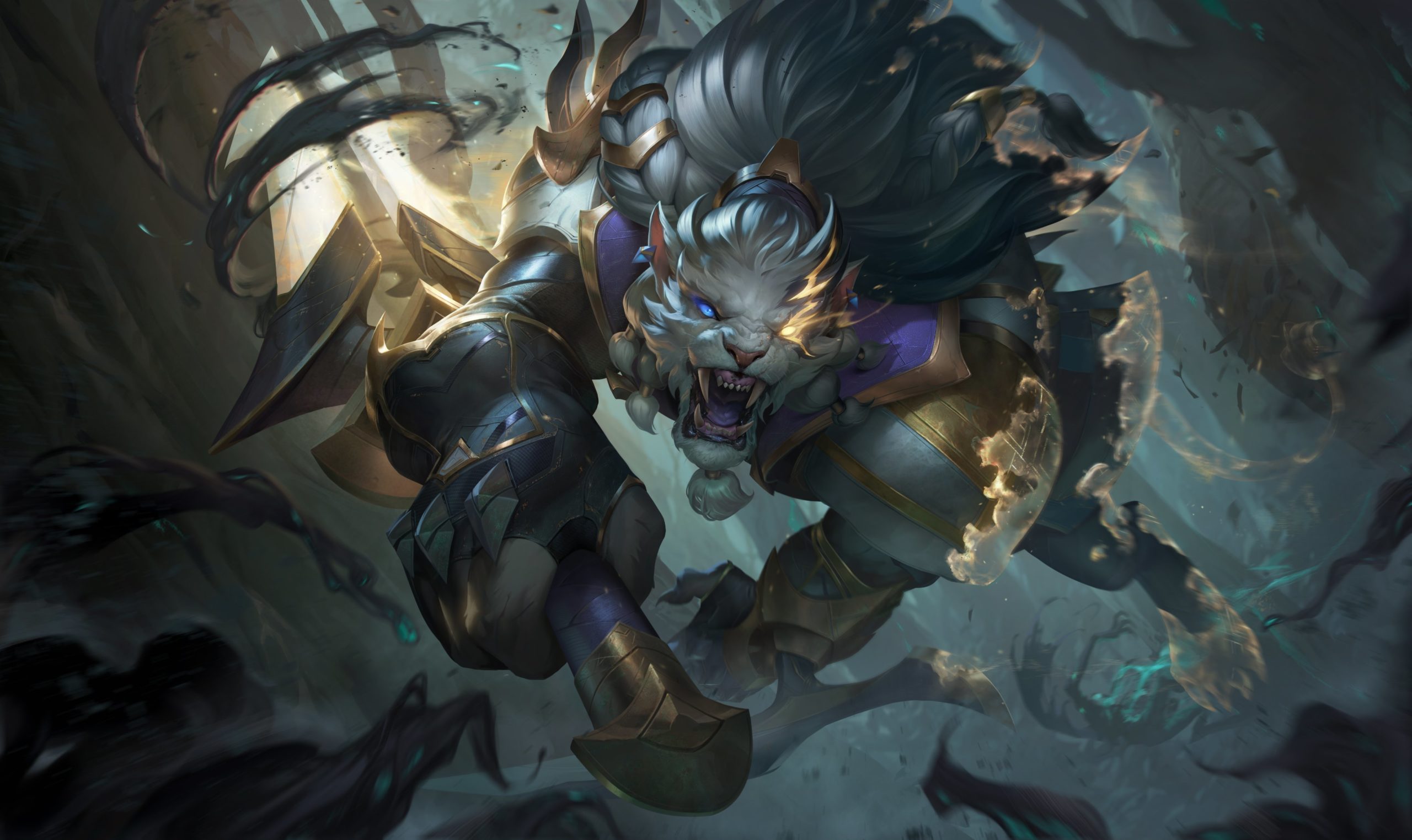 A Riot Games developer shared upcoming changes to Rengar to make him more accessible to lower-elo players on a tweet last night. The adjustments are scheduled to land on the League of Legends Public Beta Environment (PBE) on Monday but are open to tuning and have no set release date in the live servers.

Three abilities will undergo changes in the PBE, according to League designer RiotPhlox: the Unseen Predator passive, Battle Roar (W), and Bola Strike (E). The tweaks aim to “ease painpoints and open up Rengar jungle” to make him more accessible in lower elo, he said. The numbers are still a work in progress and the change list “isn’t locked,” according to him.

Unseen Predator will again see tweaks to have fewer maximum stacks, down to three from four (was five on release). To avoid creating a situation where Rengar players begin harassing their opponents and generate ferocity stacks from the get-go by jumping from the bush, the jump will no longer create stacks if at 0. Riot will increase the falloff time to 10 seconds and change the movement speed buff from the empowered abilities. The duration will also double to three seconds, but the ability will grant less percentage movement speed to balance it out.

Battle Roar will see one of the biggest changes when the patch lands on the PBE. It will no longer heal if not empowered, and will instead grant armor and magic resist, increased per each enemy hit. The empowered buff will also take a hit and it will no longer cleanse crowd control, making Rengar susceptible to it if he jumps in recklessly.

The changes to Bola Strike will remove its cast time when leaping via the passive or ultimate and reveal enemies for two seconds—a welcome addition in today’s meta with multiple champions who have invisibility.

Rengar’s winrate has a big discrepancy between his Elite elo (Diamond 2+) and other ranks. In the higher elo, he has a 50.3 percent pick rate, according to stats website u.gg, while overall it drops quite heavily down to 45.48 percent. These changes should balance his statistics out and help those in lower elo use the champion better, especially with the reduced amount of passive stacks to three.

Riot’s recent small-scope updates to various champions such as Sona, Xin Zhao, and Rammus have been quite successful, with all three champions seeing a lot of play after being modernized. If history repeats itself, then Rengar might be making a bigger appearance as well.