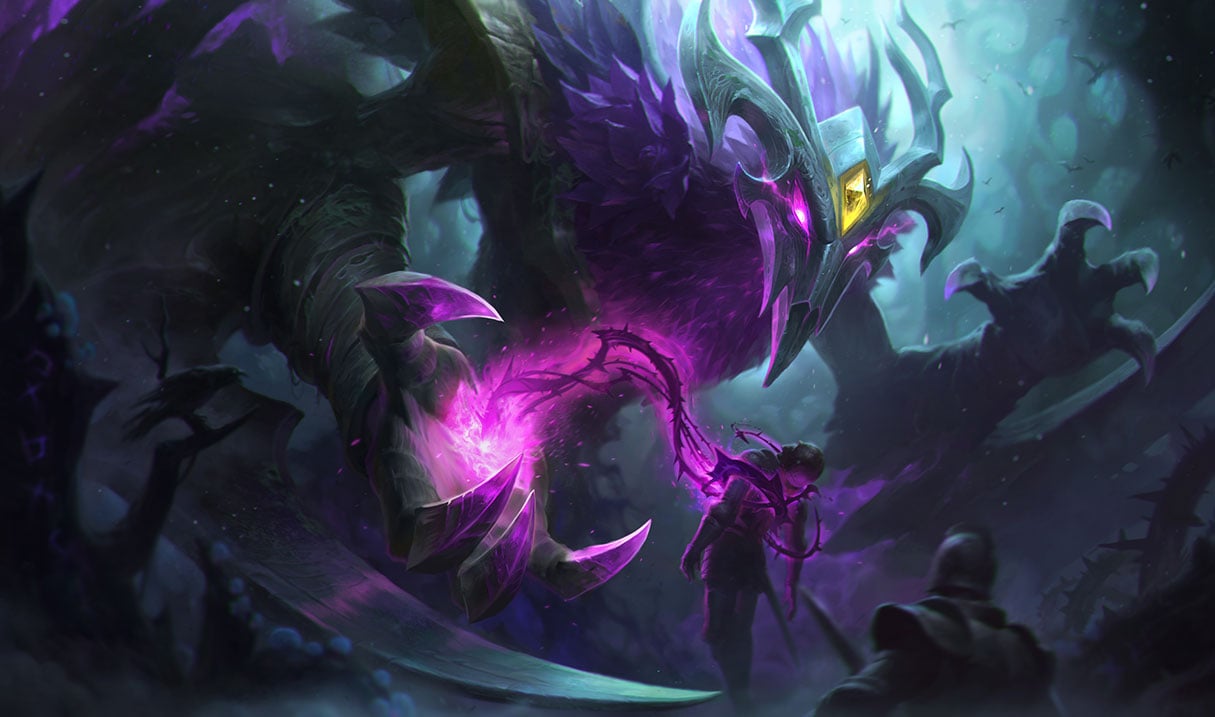 In today’s update to the League of Legends Public Beta Environment, Riot Games added a special loading screen for Nocturne’s new Elderwood skin to the game’s testing server—but an incorrect file may have given fans their first glimpse at League’s next champion.

In the image, there is a woman with a giant mechanical weapon attached to her back. The weapon, which resembles a large set of metal jaws, seemingly appears to be an arm, but upon closer inspection, both of the woman’s hands can be seen in the image.

Sporting a long red scarf and white crop top, the woman has piercing blue eyes. Her dark hair is highlighted with bright blue tips, and she wears golden bangles on her wrists. Not much else can be seen in the image due to its heavy distortion.

At the bottom right corner, there seem to be two renders of the weapon the woman carries behind her. One seems to have golden lettering on it, but it’s unclear if this is supposed to be part of the weapon’s design or if it’s for rendering purposes.

The image was accidentally uploaded in place of the special loading screen for Elderwood Nocturne, which was added to the PBE today alongside two other Elderwood skins and three new additions to the Infernal skin line. Riot has yet to address the image, nor has the League of Legends developer dropped any clues as to whether this mysterious woman will be added to the game.

In the past, Riot has spaced out its champion releases by a few months. Recently, however, champions have joined League’s cast of characters more frequently, with Sylas and Neeko being added to the game less than two months apart. Four months later, Yuumi was released in May but was quickly followed by Qiyana in June.

With Qiyana having been released at the beginning of the summer, it’s likely this champion will not be released for several more months.