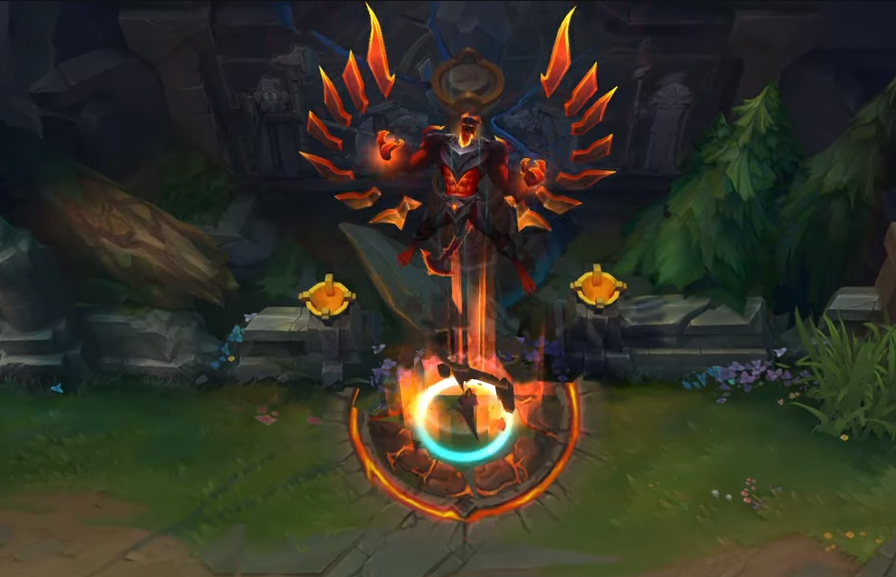 After three years without a single skin release, League’s Elderwood skin line is finally seeing some action. But that isn’t the only skin theme that’s adding numbers to its ranks, according to new PBE previews posted by the European League of Legends Twitter account. The Infernal skin line is also getting three, fiery new additions in the weeks to come.

Ahri, Nocturne, and Veigar are the lucky recipients for the new fantastical, nature-themed skins. Unlike previously-existing champs in the Elderwood skin line, however, today’s newly-previewed batch of skins strays from the theme’s usual green coloration to take on a darker appearance.

The models for each of the three champions may have darker colors, but their ability effects have been brightly enhanced with neon pinks, blues, and purples. Elderwood Ahri’s iridescent tail shimmers and she summons butterflies for her recall, while Elderwood Nocturne swipes at the insects for his return to base. Elderwood Veigar closely resembles a glowing mushroom cap with a rounded, bright blue and purple magician’s hat.

Riot Games also revealed previews for three new additions to the Infernal line: Shen, Galio, and Varus. Unlike the new Elderwood skins, today’s new Infernal skins follow closely in the footsteps of previous iterations of the theme, fully reimagining each of the champions as consumed by their flames.

For his recall, Infernal Shen slams his sword into the ground and does a back flip off of the weapon before returning to base. Infernal Galio’s ability effects have been replaced with orange embers and his ultimate leaves a fiery crater where he lands. Infernal Varus wraps up the set, leaping into the air after his bow combusts into flames on his way to base.

Both sets of skins don’t have an official release date. They’ll remain on the PBE for further testing before going live in a later patch.