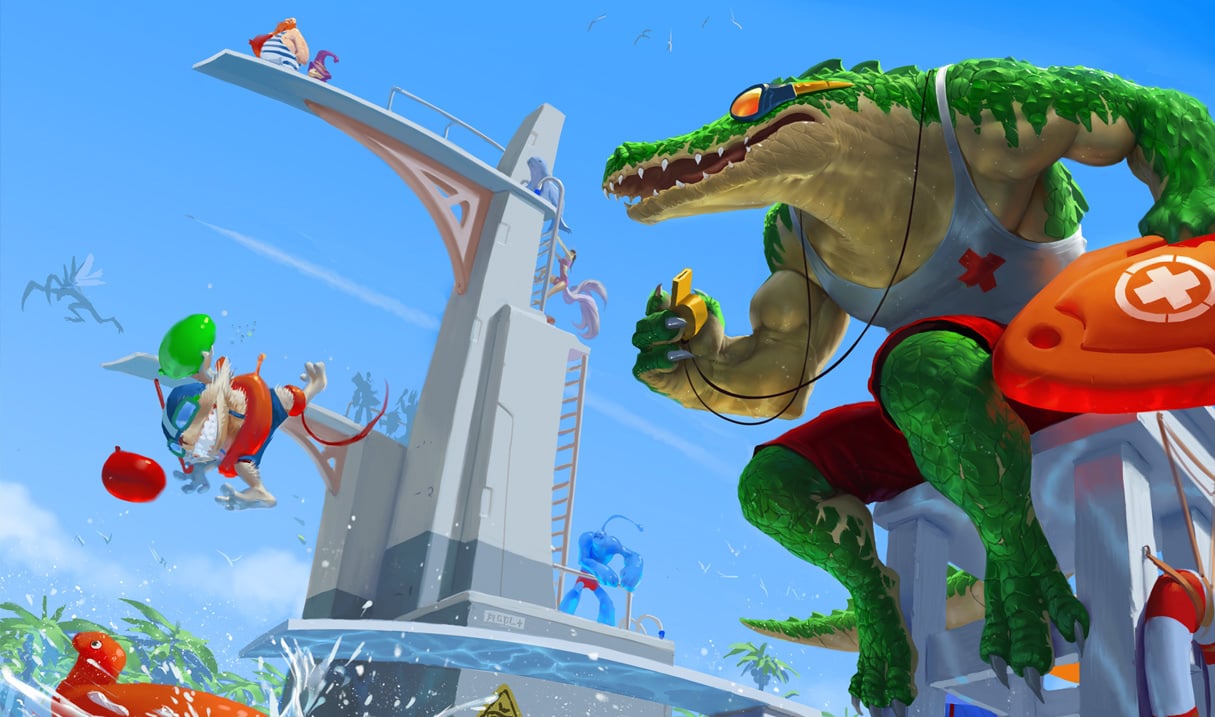 Renekton once again will have a bigger window to cull the meek with a revert to his previous stun nerf in the upcoming League of Legends Patch 11.22. Alongside the Butcher of the Sands, other champions are getting little damage touch-ups in the game’s next update, according to today’s patch preview.

The Ruthless Predator had his aptly named Ruthless Predator (W) ability nerfed in a previous patch, taking the stun duration down from 1.5 seconds into one. This was done because the champion was a dominant pick in pro League play thanks to his point-and-click stun. But crocodile fans can rejoice since the nerf has been reverted for the upcoming Patch 11.22.

Although the champion did receive a nerf to his Dominus (R) in Patch 11.6, the bringing back of the old stun might help him see more consistency in pro play moving forward.

There are also several ratio increases coming to a handful of champions in the next update. Both Varus and Kalista received a buff to their E spells’ ratio: 60 percent to 70 percent for Kalista’s Rend and 60 percent to 90 percent for Varus’ Hail of Arrows. Both of these champions are on the cusp of being mainstays for the ADC role and minor buffs like these might lead to a path of more consistent play.

The Arrow of Retribution and the Spear of Vengeance aren’t the only ones receiving increases in their spell ratios, either. Kayn’s Rhaast form has been given a bit of love as well. His AD ratio on his Reaping Slash (Q) has been slightly increased from four to six percent. The bumping of his AD ratio is accompanied by another ratio increase on his Umbral Trespass (R), adding an HP ratio of five percent from 10 to 15. This buff could help ensure that the wall-merging jungler continues to be among the top in terms of pick rate in his role.

Riven is also receiving a number of dial-ups. The popular sword wielder is getting a damage increase on her Ki Burst (W). The damage originally started at 55 for level one and increased by 30 until max level. Now, the starting damage will be bumped up to 65 while keeping the same 30 increase per level.

The Exiled also got a raise to her protective Valor (E) ability, making the ratio 120 percent instead of 100. All in all, these buffs seem too minimal for the champion and will most likely keep her in the same spot she’s been in.

This set of buffs was rounded out by Akali’s Assasin’s Mark (P) getting a sizeable AP scaling increase. Originally, it started at 29 and finished at 170, making it a total of +40 percent. And now, it begins at 35 and finalizes at 182, making it +55 percent. A buff like this might put the Rogue Assasin back on track to being a menace in the mid lane.

League Patch 11.22 will go live on Nov. 3, according to the game’s official patch schedule.