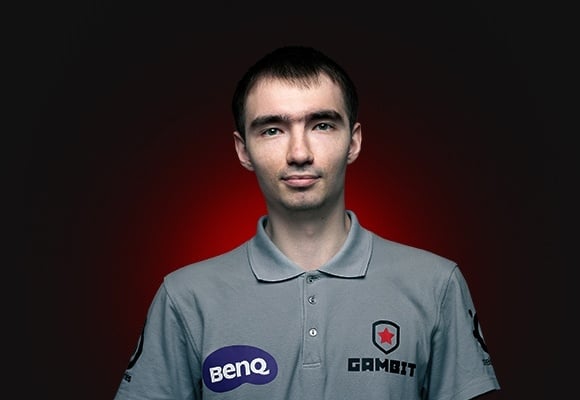 While greats like Faker or WeiXiao wrote the textbook approach on how to play their roles, other players were able to find success with their own unique, sometimes downright bizarre, approaches. The “Remember my Name” series analyzes their oft-misunderstood gameplay and what they brought to their teams.

Genja is one of the most misunderstood players in League of Legends history. As the AD Carry on the legendary Moscow 5/Gambit Gaming lineup of Seasons 2 and 3, his bizarre playstyle and even stranger build paths have caused fans to joke that he was a secret genius who built items several months before they fell into the meta. While Genja did bring several key innovations to the AD Carry role (Urgot, Trinity Force Kog’Maw, triple Doran’s blades, and others) most of his strange builds were compliments to his unique style, a style custom-tailored for the fabled Russian overlords.

While it may be truly impossible to understand Genja’s genius, refusing to try is simply an insult to the legacy one of one LoL’s most brilliant creative minds. This is the story of Genja’s playstyle, an analysis of his game and what he brought to his team.

The original Gambit line-up excelled at teamfighting due to their intuitive approach and natural synergy – even when losing by massive gold amounts their ability to simply react faster than their opponents meant that they always had a chance to win teamfights. The reason their teamfighting was so scary wasn’t just because they could simply win the teamfight, but because they could also seemingly instantly recover the gold advantage – one of the most common tropes about Gambit’s playstyle was their ability to suddenly capitalize off of won teamfights with large objective swings, leading to the famous saying “If you give Gambit a finger, they will take an arm!”

Fans will often rightfully credit Alex, Diamond, or Edward for Gambit’s success in teamfights. Their ability to catch out multiple opponents at once (more often than not, opponents who had thought they themselves had caught Darien) certainly played a large part in swinging the tides of battle, but Gambit’s ability to capitalize off of teamfight victories usually came because of Genja. Genja has long been alternatively criticized and praised for his unique teamfighting approach. The main focus of Genja in teamfights was to survive with a minimal amount of peel, and, as a secondary objective, to clean up teamfights in a pinch if necessary. This style is drastically different from what most teams would employ. This style almost definitely wouldn’t have worked on other teams, but Genja understood that with Alex Ich, Diamondprox, Darien, and sometimes even Edward dealing massive amounts of damage, playing to optimize his own damage dealt to champions would sometimes lead to diminishing returns for his team.

One of the most interesting facts of Genja’s career is that simply no other player managed to play like him. Whenever players play safely and successfully deal backline damage, they are praised for playing like Genja. In recent times, NA LCS pros Cop or Sneaky have been praised after good games for playing a safe Genja-like style. In reality, these players aren’t even coming close to Genja’s style – they are bound to playing AD in the traditional role of auto-attacking. Genja would oftentimes stay completely out of auto-attack range, sniping his opponents with spells on champions like BT+Trinity Kog/Corki or “Legolas” (BT+LW) Varus/Miss Fortune. The way Genja played AD Carry could best be compared to the way pros played Kha’Zix mid in Season 3 when his Void Spikes were overpowered – Genja would poke his opponents down with high damage spells and only commit to the fight with his auto-attacks when he was 100% safe, running from low opponent to low opponent and last-hitting them to death. With the teamfight win secured, Genja could then move on to taking objectives for Gambit. Players like Sneaky, while great in their own right, don’t play at all like this. In fact, this style of focusing heavily on surviving teamfights to take objectives could possibly only be matched by Woong and his equally strange “tank AD Carry” builds of building Warmog’s, Randuin’s, and sometimes even defensive boots on innately tanky AD Carries like Graves or Miss Fortune, forfeiting even more damage in exchange for safety.

It is in Woong’s failure that we can see Genja’s strength. Because they were so used to playing traditional teams, enemies would sometimes tunnel on Genja even though he wasn’t doing a great deal of damage. Whereas Woong could only hope to facetank his opponents, Genja’s fantastic kiting would shine through in these situations. Because his great positioning often masked this, fans don’t realize that Genja is one of the best kiting players to ever play LoL, and even though his builds weren’t designed for maximum damage, his ability to tool around the players who did chase him gave Gambit’s high damage front-line chances to score critical damage on their opponents – a complete reversal of the traditional tank-carry dynamic. This Season 3 match against SSO might be one of the best examples of Genja’s unique approach. Playing his signature Trinity Force Kog’Maw, Genja is standing so far back that even Lee Sin virtuoso DanDy is unable to reach him for a teamfight-winning inSec, and the full-HP Genja is able to completely dismantle SSO’s base and propel Gambit to the Round of 8.

Because of Genja’s unique approach, Gambit would almost always emerge from winning fights with a very healthy AD Carry, and AD Carries are the simply by far the best objective-taking and (outside of reset assassins) clean-up champions in the game. It would seem like Genja already understood this role on Gambit, as many of his most frequently mocked build choices were compliments to this heavy clean-up/objective playstyle. When Genja built Wriggle’s Lantern and high amounts of attack speed on his AD Carries in Season 2, he had a build that both did decent teamfight damage and excelled at securing neutral objectives like Dragon or Baron. Genja’s famous affinity for Trinity Force and Zephyr also fit into his unique paradigm. The more often accepted item, Trinity Force, greatly boosted his poke damage and gave his character critical movespeed for kiting and clean-up duty. (The Sheen proc is also fantastic for objective killing.) While Zephyr instead of Last Whisper is a quite poor item choice for an AD player seeking to be the primary damage dealer of his team, it was actually a very strong item for Genja. Genja would later explain that he felt Zephyr was strong because he wouldn’t have done much damage to supertanks even with Last Whisper, whereas Zephyr would help him run away until he could later clean-up teamfights with the item’s greater damage to armorless squishies and movement bonuses. Even Genja’s brief but bizarre dalliance with the Revive Summoner Spell fits into this mindset – if Genja ever went down in a teamfight, he could simply Revive and then help his teammates score objective kills in spite of his death.

It’s important to note that while some players play unique styles because they simply have no choice due to mechanical restrictions, one of the most important things to note about Genja is that not only did he always have the skill required to play a traditional AD Carry role, his ability to shift into a central carry was critical for Gambit during many of their darkest moments. Genja also frequently showcased the ability to adjust his own playstyle preferences to suit the situation, sometimes coming up with unique innovations tailored for the specific problem. One of his most famous innovations, triple Doran’s Blade, was actually used to dominate the laning phase, an area where Genja traditionally was considered mediocre. His use of the incredibly gold-efficient item was able to give him critical laning advantages at a time when he was forced to play without the lane dominant Edward. Another one of his critical innovations, Urgot, saw the Time Lord playing a 2v1 lane and serving a primary engage role for Gambit in teamfights, joining in on the fun when he had so often been spectating Gambit’s aggressive dives from the nosebleed section.

It was during Gambit’s decline in Season 4 that we began seeing more and more of Genja as the team’s focal carry in certain games and situations. His ability to rise to the occasion as an emergency carry and shotcaller for Gambit became increasingly important during the team’s decline from a game-to-game world powerhouse into a merely strong team that could still put together magical runs, especially at IEM tournaments. When his teammates no longer fulfilled the main damage role that enabled his unique style, Genja was more than willing to become the main carry himself. Perhaps the best example of this came in Gambit’s matchup against Team WE at the 2014 IEM World Championships, where Genja would face off against the epitome of a traditional AD Carry, WeiXiao. Using his beloved Varus, a traditionally  supportive champion, and building his signature Zephyr, Genja would out-duel WeiXiao in an epic 30 minute game after World Elite started off with a 5-1 lead. In spite of playing on the frontlines unlike his usual style, Genja would finish the game with a perfect 9-0-5 score.

A test of Genja’s consistent carry potential came soon enough. During the twilight of Gambit, after the departure of Alex Ich and the benching of Darien, Genja struggled to fit in with a new Gambit team where he was forced to become the consistent central carry for the first time in his career. For a while, this led to many disappointing games for Gambit – the old bot lane pairing of Edward and Genja were able to get lane advantages but simply couldn’t transition them into game-winning plays. Eventually, the team put it together at the end of the season. Even though it was too late to avoid relegation, the team went on a 3-1 run at the end-of-season Superweek, including a Genja-spearheaded trouncing of 3rd place team SK Gaming.

Genja soon retired after that game, citing stress and the lack of desire to stay a pro player after the departure of his former Gambit comrades. We never got to see Genja as a team’s main carry, but perhaps it is for the best that we remember him for his unique playstyle and incredibly innovations. His play was critical to the old M5/Gambit Gaming lineup, and they never would have established their unique identity without his contributions – Diamondprox once joked to Thorin that Genja must have survived an alien bombing, and that he would need him to triumph against the alien attackers. Perhaps the old Gambit saying could best be described as “If you give his teammates a finger, Genja will take your arm!”