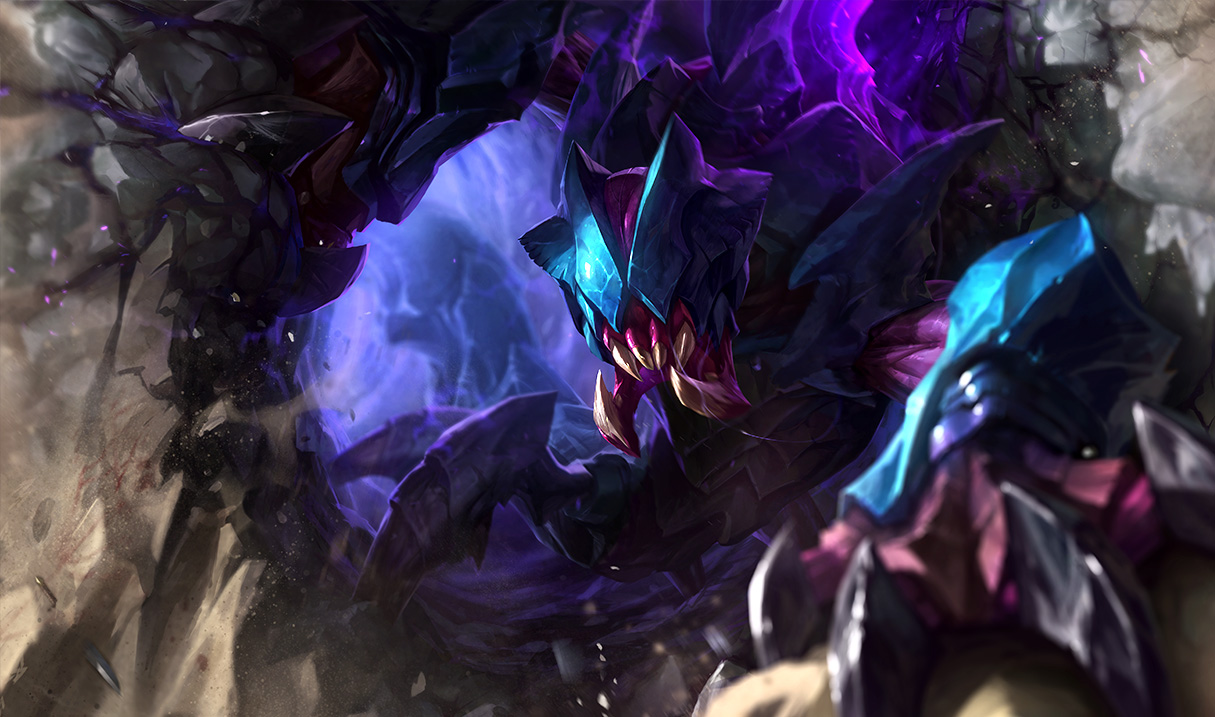 If you’re a fan of tank Rek’Sai, we have some bad news for you. Details on the Void Burrower’s rework were revealed today by Riot, and she’s turning into the assassin she was always meant to be.

Believe it or not, there was a time when Rek’Sai was already an assassin. Right after her release, Rek’Sai was three-shotting ADCs with only basic attacks. In an immediate knee-jerk reaction, Riot decided that she was way too strong, and over the course of the year following her release, nerfs were dished out again and again. The problem with the nerfs was that they targeted her damage and her damage alone, instead of her insane utility that was truly OP when combined with that high damage.

Soon, she had barely any damage left, and the assassin identity she had been designed to accomplish was squashed.

Like a classic super-villain story, Rek’Sai is regaining her murderous power that was so unjustly stricken from her over two years ago.

The focus of the update isn’t necessarily to give her new abilities, but to switch her already existent abilities to work in an assassin kit. Her Q and E are both being shifted from total AD scaling to bonus AD, meaning she’ll have to build more AD to get anything out of them. The knock-up from her unburrow needed to be looked at as well, because no assassin should be able to knock up an entire team with such ease. Her unburrow will now only knock up one target, putting more emphasis on her new assassin theme. Likewise, her ultimate will now be a targeted ability that will make her dash to her selected enemy and deal a metric ton of damage, dealing more if her target’s health is low.

Like good assassin, Rek’Sai needs to be able to get in and out of fights quickly to save herself while her abilities are on cooldown. Because of this, her tunnel’s cooldown is going to lower dramatically more as she levels it up. Even though she’s only able to disrupt one champion at a time with her knock-up, she’ll be able to escape fights much more easily.

As it stands right now, these changes seem like they’re good ideas, but they may be a bit too powerful. The changes haven’t been pushed to the PBE yet, but she seems a lot like Rengar with this kit, but much easier to play and maybe even more effective. Don’t be surprised if the abilities are tweaked farther once they do hit the PBE.