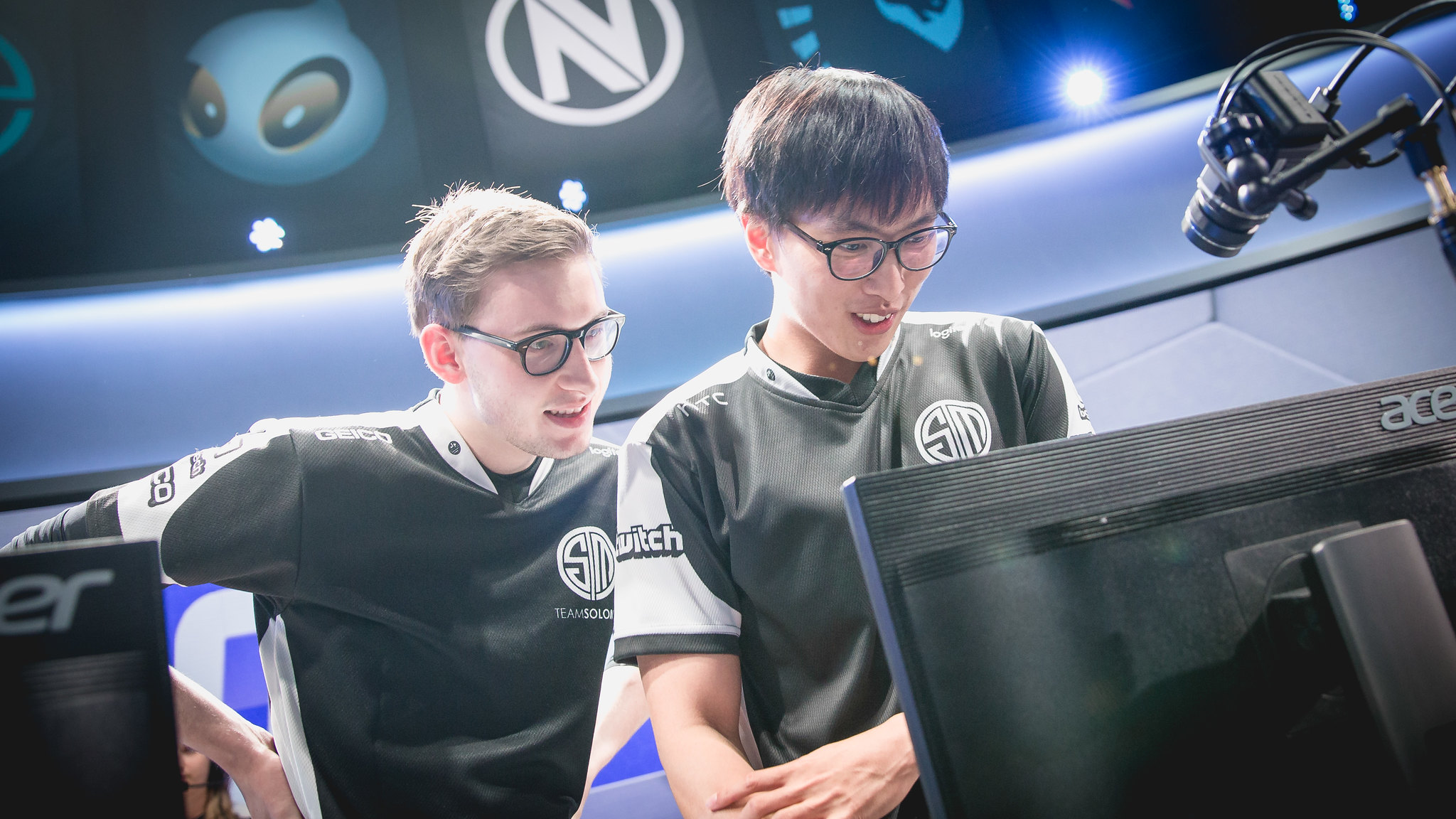 It’s been frustrating for North American fans to see how quickly—and frequently—LCS dynasties can fall. It’s a story that we’ve seen time and time again. An ill-advised roster move, a player with a bad mentality, and a change in strategy can be all it takes to topple a kingdom built on sand.

This past Spring Split, the LCS saw the collapse of another regional powerhouse: Team Liquid, who failed to make the playoffs after winning four titles in a row. A plethora of issues stuck a wrench into the team’s plans for domination. But one problem that stood out was an uncanny loss of motivation from the face of the franchise, Doublelift.

Doublelift is one of the most polarizing players in North American League of Legends. His incredible talent has cemented him as one of the best players in LCS history, while his competitive personality has gained him equal amounts of doting fans and doubters throughout his career.

Doublelift’s motivation problems eventually led to his benching halfway through the split. And after plenty of consideration from both Doublelift and Liquid CEO Steve Arhancet, he was traded back to TSM earlier this week.

Now, he must prove himself once again to the ever-growing crowd of naysayers. How much does Doublelift have left in the tank? How will his presence affect the way the rest of the team plays? Will this organization ever reach the LCS Finals again?

A spark of motivation

“I think that if I rejoin TSM and we don’t win, that’s just gonna be an awful look,” Doublelift said this in his most recent vlog. “I know that this is a do or die situation on TSM and I’m going to give it my 110 percent. I’m gonna try so hard to earn the fans’ trust, to earn my teammates’ trust, to regain a lot of things that I lost.”

It might all sound very comforting. But following up on these promises won’t be easy.

The seven-time LCS champion is coming off the worst season of his life. His team finished in ninth place after a horrible split filled with distrust and synergy issues. He was benched for the first time in his illustrious career and spectators watched as his relationship with his teammates crumbled. It’ll be hard for fans to trust someone who effectively lost passion for the game.

Yet Doublelift might be one of the best people to bet on when talking about a comeback story. It’s like clockwork—a team replaces Doublelift with what they believe is a better option, and every time, he shows them why he’s considered the best ADC that NA has ever seen. In fact, the entire league was left in his wake when he was dropped from TSM in 2017. The same thing happened when he was dropped by CLG in 2015.

The low points Doublelift experienced this split could help him find the inspiration he’s been desperately searching for to leave the entire league up in flames again. All that he needs, however, are the right tools to set the fire in motion.

A shift in focus

If there’s one team that knows how to work around a player like Doublelift, it’s TSM. The star ADC started with them for three successful seasons, and he’s already said that he’s especially excited to work with Bjergsen and Biofrost. But this isn’t the same team that took over the LCS in 2016 and 2017.

This TSM has also gone through their own trials and tribulations and has tasted defeat over and over again. To put it bluntly, it’s been tough to be a TSM fan. But maybe things will be different this time.

Bjergsen will always be a rock that Doublelift can count on. The veteran star had the second-highest KDA among LCS mid laners last year and had a 70.8 percent kill participation percentage. His early-game stats are still good, too. But with Doublelift returning to the team, we might see a shift of focus toward the bottom side of the map.

Now, mid-jungle synergy has taken precedent for many teams as one of the most important aspects to work on. Just take a look at Cloud9, who recently captured their first LCS championship since 2014.

Nisqy and Blaber were a huge reason for their success. They dominated Summoner’s Rift with superior map movement and cross-map plays. Dardoch and Bjergsen never built the same level of synergy as Cloud9’s explosive duo. But if they could replicate this same mentality with how they play, maybe this team could find similar success.

For superteams like these, communication issues and synergy always pose a big hurdle to climb over, no matter how talented a roster is. With TSM, this team will only be able to succeed if they understand each other off and on the Rift.

Luckily, two of the five players on TSM have already played with Doublelift and are good friends with him. Problems can still arise, however, since there are so many prominent voices on this roster. It’ll be easy for things to get lost in translation if you add another strong-willed personality to the mix.

There’s so much riding on this one split, from TSM’s reputation as a top-three organization in the league to Doublelift’s reputation as the best ADC in North America. This season is truly make-or-break and everyone on TSM should realize this.

That’s why TSM and Doublelift must rise to the occasion—because there isn’t any more time. There aren’t any second chances. This single season will define their future. If they don’t win the LCS championship, TSM will be forever known as a former juggernaut that failed to keep up with the competition around them.

Winning the LCS is hard. And it’s made even more so with the amount of pressure that’s on TSM’s shoulders. But these moments are what separate the good teams from the best. It’s time to see if TSM and Doublelift can prove that they’re bigger than the rest of the LCS melting pot.