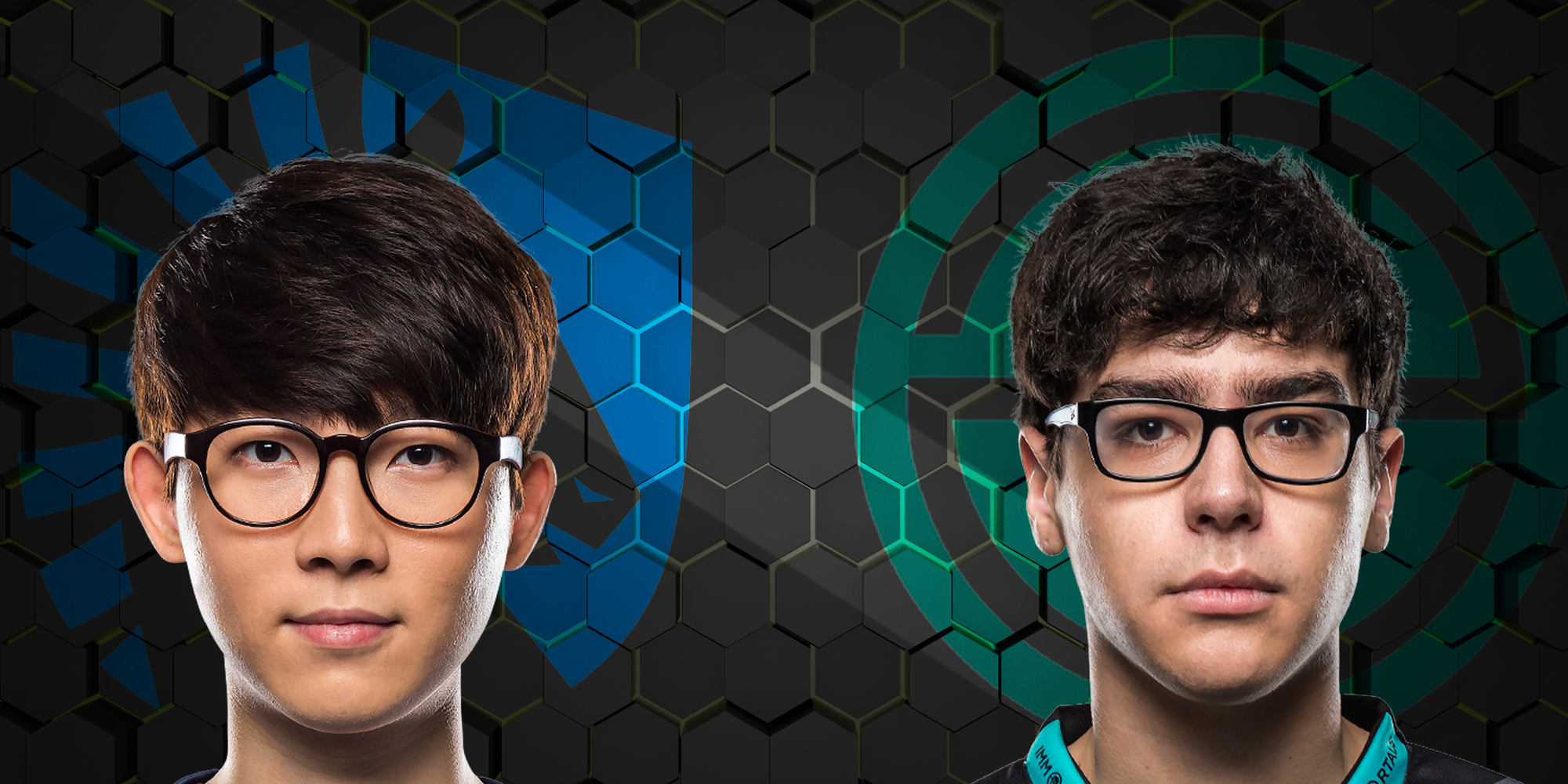 One of the biggest offseason moves in the NA League Championship Series was Team Liquid and Immortals swapping junglers. Now, both teams are struggling with a combined 2-5 record. How can they turn it around?

Dardoch is doing his best to hard carry an Immortals roster that still needs time to jell. But some of that pressure looks like it’s getting to him as he’s made some uncharacteristic mistakes. Reignover has not been immune to those mistakes either. Poor play on meta junglers has Liquid struggling to find good sources of damage.

Both junglers are playing below their 2016 form and will need to get back to that level for their teams to succeed.

One of the chief criticisms of Reignover’s Season 6 Immortals team was their draft phase. Heo “Huni” Seung-hoon got a lot of flak for stubbornly playing carry top laners, even when the meta had clearly shifted toward tank top lane at the end of the year. With support Adrian Ma also unlikely to play tanks, that role fell to Reignover. And he was fantastic.

Playing his favored Rek’Sai, he went 20-1 in 2016 and was a fantastic source of engage for a team that loved to dive. He had games on Nidalee and Olaf, but his top junglers, including Gragas, Olaf, and a tanky Elise build, all were built to survive.

Tanks have become even more entrenched in the top lane in Season 7. Compounding the issue is a stale bot lane meta that focuses on utility champions that can bust tanks. Teams increasingly look to the jungle for damage. The existence of overpowered carry junglers like Rengar and Kha’Zix have forced Reignover onto these squishy, assassination-focused junglers, and he clearly doesn’t look comfortable.

Not known as a mechanically-intense jungler, Reignover has played Kha’Zix on 70 percent of games in Season 7. Kha’Zix is a difficult champion to execute, especially in teamfights. His jumps need to be timed to get resets (upon champion takedown). This runs counter to Reignover’s instinct to jump in and start fights for his team to follow up. This results in botched initiations and Reignover getting caught in bad positions, both uncharacteristic of a player known for map control and game sense.

Look at the rest of the team, and you see why Reignover is getting caught. Mid laner Grayson “Goldenglue” Gillmer has still not proven that he is LCS-level. A poor laner, he is also often in bad position for fights, even one that Liquid is starting. And Chae “Piglet” Gwang-jin, the other star, is relegated to supportive ADCs that poke/initiate from distance and are ill-suited to outputting a lot of damage. Around the world, ADC’s are doing less of their team’s damage than last split, negating one of TL’s biggest strengths.

Liquid has the option to substitute a more aggressive mid laner in Austin “LiNK” Shin, but that could have detrimental consequences on team chemistry and Goldenglue’s confidence. It’s also not clear if that would help them win in this meta. The smartest move might be to wait for the inevitable meta shift—if it can happen fast enough. If they can get back to an even win-loss record by the middle of the split, this is still a team that can be dangerous in the playoffs.

Immortals have a better record than Liquid, but it’s hard to argue that they are playing like the superior team. In fact, it required a comeback against the worst team in the league, EnVy, for the team to get to .500. Rookie ADC Cody Sun is still a big question mark, protected by the utility nature of meta ADCs. Top laner Lee “Flame” Ho-jong has made questionable decisions and doesn’t look to be on the same page as his team in fights. And Dardoch has made some head-scratching mechanical moves, failing flashes like a rookie.

Dardoch should be fine. After a poor stretch of games, he seemed to find himself against EnVy jungler Nam “LirA” Tae-yoo in the second and third games of that series. He showed off his fantastic mechanics by dodging EnVy mid laner Noh “Ninja” Geon-woo’s Cassiopeia ults.

But the team still has issues to resolve. The bot lane duo has looked unconvincing with support Kim “Olleh” Joo-sung the only one in the world playing Morgana on the competitive stage (nobody else in the LCK, LCS, or LPL has picked her). Mid laner Eugene “Pobelter” Park has been consistent relative to the other members on his team, but his lane stats are at the bottom of the NA LCS table.

The individual issues are superseded by the team’s biggest problem: five-on-five teamfights. Over and over again, Flame will dive into the enemy team and find himself all alone. In other situations, Immortals don’t know when (or how) to peel and kite, especially in situations where they should sacrifice one person to save the team.

Even though Immortals have the superior record, they may have more things to fix. Only time will tell if they can learn to fight as a team and get contributions from all five members.