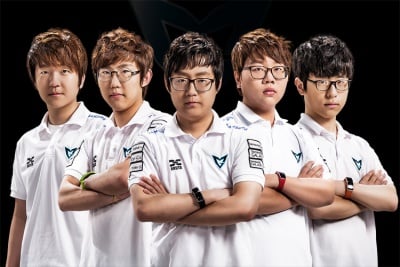 In the wake of Samsung White’s dominating World Championship performance and subsequent disbanding the Korean exodus began. Many of the top players in Korea moved on to the greener pastures of Chinese League of Legends. This move was heralded as the first step away from Korean dominance. China, and to a lesser extent western teams, were now in a position to win a World Championship with the talent dispersed across all regions. While Korea would certainly hold a top position, China now had the players needed to clinch the title and perhaps take the role of dominant region. As we close in on the 2015 World Championship now is a good time to gauge the atmosphere and follow up with the Samsung Ten: Looper, DanDy, PawN, Imp, Mata, Acorn, Spirit, Dade, Deft, and Heart.

From top of the world to bottom of the LPL, Heart went from back to back finals appearances in Champions and a semifinal exit on the world stage to having his LPL team not qualify for the next season. Certainly he did not have the pedigree and hype of Mata, Heart remains a solid support player. Heart and Unlimited Potential lost to his former jungler Spirit on Team WE. Spirit most notably brought his team to a second place finish at IEM IX World Championship in Katowice. Partnered with Xiye, Spirit upset the tournament favorite GE Tigers and as a bottom tier LPL team and sent waves through the community as to Korea’s relative strength to the world. Spirit and WE bounced around the LPL with a 17/27 record but were not able to repeat their IEM success.

Looper and Dade both joined Master3, an off shoot of Team WE Academy. With mediocre results in both the Spring and Summer LPL split, their loss to OMG left them in the 5th-8th place spot for the summer playoffs. Looper was a solid role player in Korea but has struggled with the top lane talent inside of the LPL. Dade in top form is one of the best players of all time. His time in China however has been marred by mediocrity. From a player with three finals appearances in Champions and multiple MVPs Dade has gone from a Korean superstar to a middle of the pack player in China largely due to his own lack of motivation. Assuming he returns to form Dade has the ability to be a world class player but his time in China has shown he is not at that level currently.

The prolific pair of Dandy and Mata both joined Vici Gaming and many considered this move would catapult the team into relevance. This has not held true. The tandem pair were famous for their vision play in Korea and is something they were able to use to elevate the team to a more consistent level. The long LPL seasons brings unreliability into the regular split leaving the playoffs as the only real way to gauge their success. Vici Gaming fell to eventual champions LGD in the third round but took a game before moving into their second chance to move into the semifinals. Again they took one game off of Invictus Gaming who went on to take the third place spot.

These six Samsung players have now failed to qualify for the 2015 World Championship. The question for these six players is relatively simple. Had they stayed in Korea would they be making a repeat trip to the most prestigious event in League of Legends? Looking at the current Korean scene we can make some assumptions. Because of the key junglers who left the region we can safely assume Spirt and Dandy would have been an upgrade to many of the Korean teams. Spirit’s return to Korea after his team’s elimination suggest he may be looking for a new team. Mata would be a top three support in Korea. For the other players their success would depend on the environment. Dade would need a return to form. Looper would need a strong carry who he could compliment. Heart would need a world class ADC. The follow up question for these players is that as their contracts come to an end will they remain on China or move back to their native region?

Pawn, Deft, Imp, and Acorn have had a much more successful career in China than their Samsung counterparts. EDG incorporated Pawn and Deft into their roster and saw a first place finish within their region as well as the Mid-Season Invitational. The defeat of SKT in the MSI finals marks the second time a chinese team bested a Korean in an international event. Pawn has continued to play at a world class level, but it was Deft’s rise to peak play that brought about the victory over SKT. Deft’s recent decline has landed EDG into the LPL Regional qualifier battling against three other teams for a spot to Worlds.

LGD’s second place finish to EDG in the spring season kept them at home but the close nature of the finals led some to believe that LGD may have been the better team. Regardless Imp and Acorn are both returning to Worlds and will have another chance to show what they can do. Imp was said to be reliant on Mata and now the community can see Imp without the World’s MVP, though PYL is world class in his own right. For Acorn the World stage will allow him to step out of the shadows of not only his alternate but into a mainstream discussion on where he falls amongst top laners.

However, only examining the Samsung Ten would fail to address the complete picture of the exodus. While the flight of Korean professionals hampered the region; a new structure was put into place that exposed similar problems that western teams encountered. The parallels between the summer seasons for Korea and Europe have created an environment that makes Korea a favorite, but not by the same margins. A bottom tier of teams that cannot take a series off the favorites. A middle tier with talented players that are unable to compete with the better organizations, and a top tier that share eerie similarities. The more macro oriented play from H2K and KOO with less focus on individual play. Stronger individual players dominating lanes but inability to close convincingly from Origen and KT. A team dominating their region in Fnatic and SKT.

Korean teams, led by Faker on SKT, have a strong chance to take home another World title. The impending threat of the Samsung and other Korean players at the top level of the LPL have muddied the waters between China and Korea, and even given a glimmer of hope to the west. Great players were lured away from the best competition for large salaries and in the vacuum the playing field was leveled. In the post World’s scramble players will choose whether to stay put or return to a more competitive environment. No one could fault the EDG and LGD players for remaining in China as they are likely a top three team with QG. The remaining Samsung players as well as the other top Korean professionals will make a decision that will redistribute the balance or hold to the current status quo. If they return in mass Korea will once again take the reigns, though not as securely as before, and hold the other regions at bay.