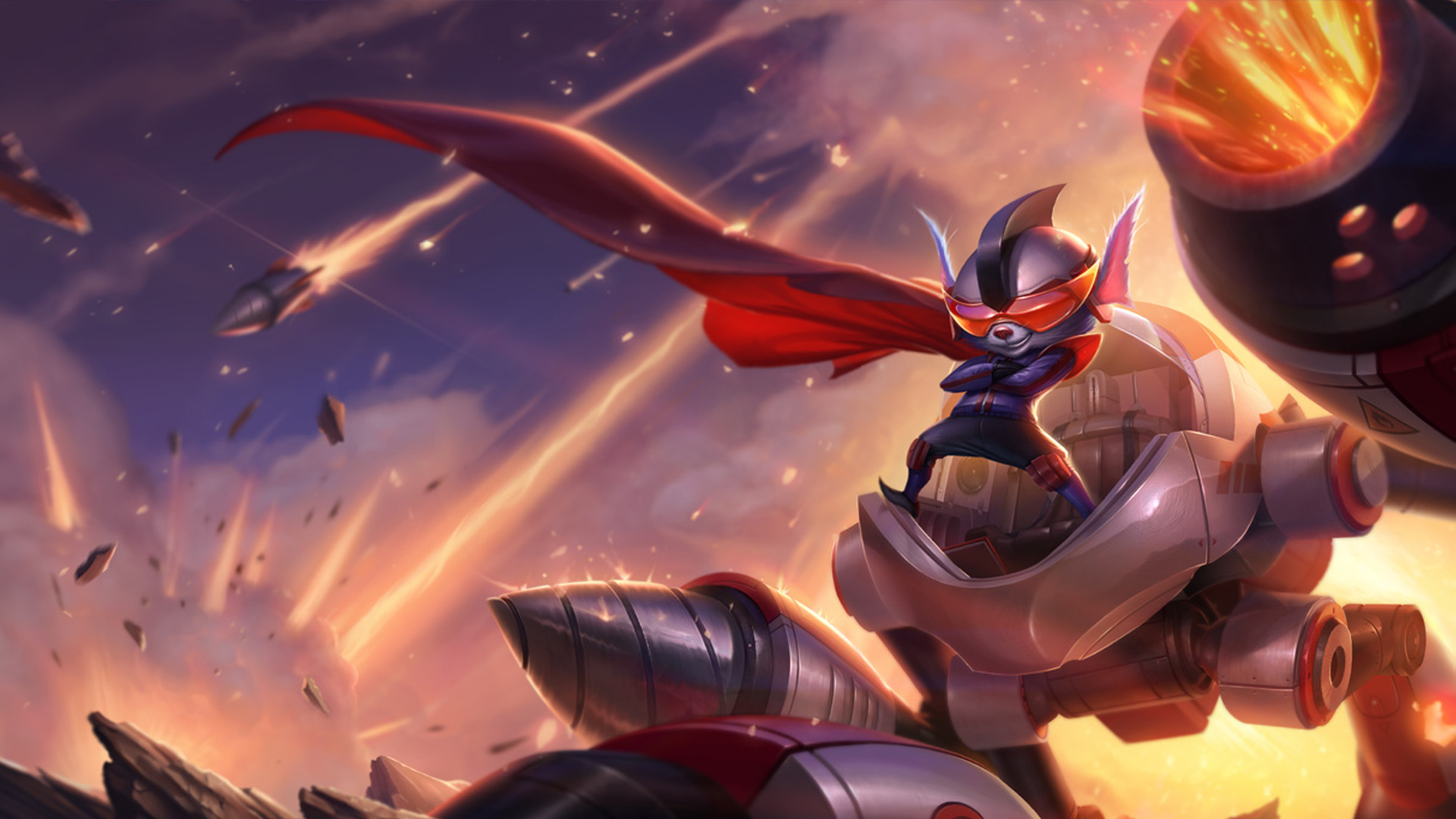 ?One of the most exiciting stories of each year’s World Championship are the new Meta Picks that inevitably arise with the competion. By virtue of the diverse regional schedules, teams have as much as a six week break between the end of their Region’s qualifiers and the first round of the World Championship. This six week period might as well be years when it comes to the competitive landscape, elevating new picks into the Meta, with some old picks falling into the wasteland. At last year’s World Championships, a late season buff to Trinity Force turned Corki into a Monster, while a similar return of the Assassin Meta brought the likes of Zed and Ahri back into prominence. When this happens, the ramifications can echo across the entire tournament.

This year, the early front runner for the ‘Best New Meta Pick’ is Rumble, who was last seen decimating the opposition at last year’s World Championship before changes to the Meta (and some players swearing off the Champion) contributed to his fall from grace. But now the Mechanized Menace is back with a vengeance, adding a new layer to the previously stagnant top lane Meta. Let’s take a look at why Rumble has returned to popularity, and his prospects for the future.

The Top Lane Meta has been waiting for another Champion to shake it up for half a season now, since the Shyvana/Mundo/Renekton trio gave way to AP Tanks, Utility Mages, and Ryze, who somehow encompasses all simultaneously. Seriously, delete that champion. Luckily for fans everywhere, the return of Rumble has sent entire Regions scrambling to find answers. Rumble’s strengths fit conveniently with the weaknesses of most other common picks. While the likes of Ryze and Maokai want to just survive the laning phase, scale into late game team fights, and are perfectly comfortable just farming out the lane, Rumble’s bullying potential force’s team’s to commit resources in order to ensure their top laner doesn’t fall behind. Afterall, scaling doesn’t matter if you can’t get to late game. This creates a level of predictability in the opposition that makes the Jungler’s life easier, and lessens the burden on the traditional carry roles. In addition, when you consider a Champion’s ability to bully or get bullied out of lane, there are typically two factors. A lack of health, and a lack of Mana. Now, as Rumble lacks a resource pool, the only way you’re getting him out of lane is by committing resources to force him to back, or if he chooses to back. In short, a top lane with a Rumble ceases to be an Island. This creates an interesting dynamic within the game, as the Meta for most of the Season has revolved around Jungle/Mid synergy, and lane swaps seeking to gain small CS advantages, with Top Lane farm being sacrificed in favor of safety and objective control. Having actual carry threats in the top lane opens up the map for more plays.

Each year’s World Championship’s sees the return of two things: Split-pushers with Teleport, and Champions that excel in team fights as team’s look to gain early advantages to snowball into victories. Strong Early-Games, and/or chaotic level ones are by far the most common way for a weaker team to upset a stronger team. Thus teams put an emphasis on Champions that excel in team fights, and have strong disengage for safety. Rumble satisfies both of these requirements. His ultimate, Equalizer is arguably the most destruptive spell in the game. Cast in a strong lin, Equalizer deals significant damage over time and slows any enemy that’s standing on it. When used correctly, it forces the opposition to choose between taking a lot of damage, and breaking formation

The first thing to notice here is that wild-turtle is pretty far off in the bottom lane when TSM engages this fight 4v5, a normally risky maneuver. But Dyrus lands a perfect Equalizer across the middle of the enemy team, cutting off Insec and Zero from Cola, Uzi and Corn. That’s all 3 primary damage threats of SHRC prevented from joining in the fight until inSec is already dead. After that, the team fight erupted into chaos as TSM attempted to disengage and buy time for Wild Turtle to join the fight. Once he does, things turn back in TSM’s favor again thanks to some happy feet on the part of Lustboy, and some poor target prioritization on the part of Uzi. It is extremely likely that TSM would have lost that fight hard if Dyrus hadn’t landed such a perfect Equalizer. This single fight, combined with the tower TSM picked up right beforehand gave them the lead they needed to snowball the game, prving yet again that you just shouldn’t contest early dragons against teams with a Rumble.

Equalizer can also be used to cut off the enemy escape path, forcing them into a disadvantageous fight, as seen below in another clip from TSM vs SHRC.

Lustboy uses Tidal Wave to buy time for Amazing and Dyrus to join the fight. After Amazing kicks Uzi away from safety, Dyrus lands a beautiful ultimate across the lane, cutting off Uzi and Zero’s escape route, and forcing Cola and inSec to re-engage in a desperate attempt to salvage the fight. In the ensuing team fight, TSM picks up two kills for one and grabs back some much needed lane pressure.

Chinese teams have faced Rumble six times so far this tournament and lost 5 of them, with the lone exception coming in EDG’s first Victory over AHQ. While it’s not uncommon for a specific Region to pick up a Champion that others don’t (Eu and Aatrox last year), the Chinese teams inability to handle the Rumble pick strategically, and in lane, is extremely troubling for their tournament prospects, as the tournament is littered with players from other regions known for their Rumble (Acorn, and Balls are two that come to mind). While the best strategy for OMG, SHRC, and EDG going forward might be to ban Rumble in every game, that puts severe limitations on their Pick & Ban phase, especially on the Red side. That doesn’t bode well for OMG, who is on the red side in their next game against LMQ, a must win for OMG to have any hope of reaching the knockout stage. In their last game, Ackerman on Rumble made Gogoing on a complete non-factor on Maokai. It’s hard to imagine OMQ letting Ackerman have it again.

Rumble has already had a significant impact on the outcome of multiple groups, and looks to be the deciding factor in Group C where OMG might already find itself too far behind in the standings thanks to multiple losses to the champion. It’s very likely that Rumble will remain a major power pick for the rest of the tournament. Dyrus, Balls and Acorn are unlikely to see the Champion for the rest of the tournament, as it’s a huge comfort pick for all three of them, and they’ve already shown significant proficiency on him. Rumble’s ability to disrupt team fights is just too strong, and his advantages over the current top lane picks too great. With less than three weeks before the finals, players will be hard pressed to develop working counter-picks in time. I suspect most teams that are uncomfortable against the Champion will just ban it, while Rumble will remain a highly contested pick in matches between two teams that do.