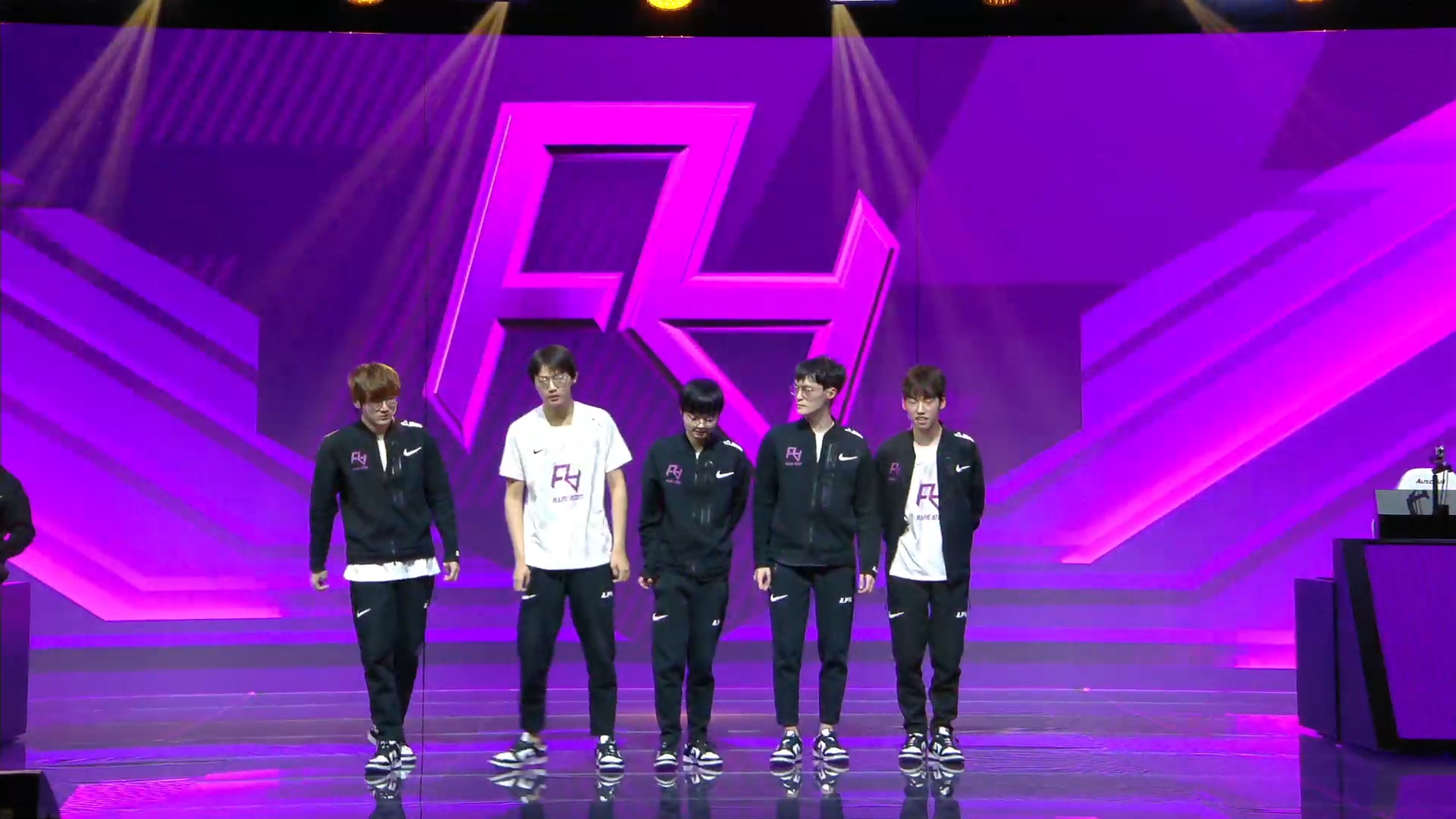 With only a handful of matches remaining in the last week of the regular season, RA are looking to earn a top-four finish and get a head start in the playoff race. The team improved heavily over the offseason despite not making any roster changes.

The MVP votes for RA in today’s League of Legends series went to AD carry iBoy and top laner Cube. The bottom laner led his team to a decisive victory in the first game of the series on Aphelios. He had a strong laning phase and used his safe positioning to dish out a lot of damage in teamfights. He finished the match with a KDA of 4/1/9 even after going for a lot of aggressive moves since he was being saved by his support on Thresh. Cube secured his MVP vote after an outstanding performance on Gwen in the last game of the series, single-handedly winning most late-game teamfights with arguably the best top lane pick in the current meta.

RA opened this match with a strong performance. They carefully picked their fights and avoided going for plays unless there was something at stake. RA funneled a lot of resources into iBoy, who began to carry teamfights once he got his core items. Once he started going for aggressive moves, his team followed up. And after securing the Ocean Dragon Soul without issues, RA picked up the first game win.

Suning adjusted their bans in the second game and took Aphelios away from iBoy following his powerful display on the champ. But their draft didn’t change that much and they picked up Lee Sin, Viego, and Braum once again. This time, though, Suning were the ones in control of the pace of the game after funneling resources into their ADC. With no fed Aphelios to stop them from going in, Suning equalized the series.

The last match was the closest of this series with both teams going blow for blow. The gold lead kept swinging from one team to the other for most of the game. One teamfight that decided the fate of the match, though, was for the Ocean Dragon Soul, where the teams traded three for three and backed away at the start. But once a couple of members respawned, RA went to quickly pick up the powerful neutral buff before finishing the series after Suning couldn’t out-damage the healing from the Dragon Soul.

RA (10-5) climbed to fourth place with this victory and have one match remaining in the regular season. They’ll be back on the Rift for their final series on Thursday, Aug. 5 at 6am CT against Invictus Gaming.