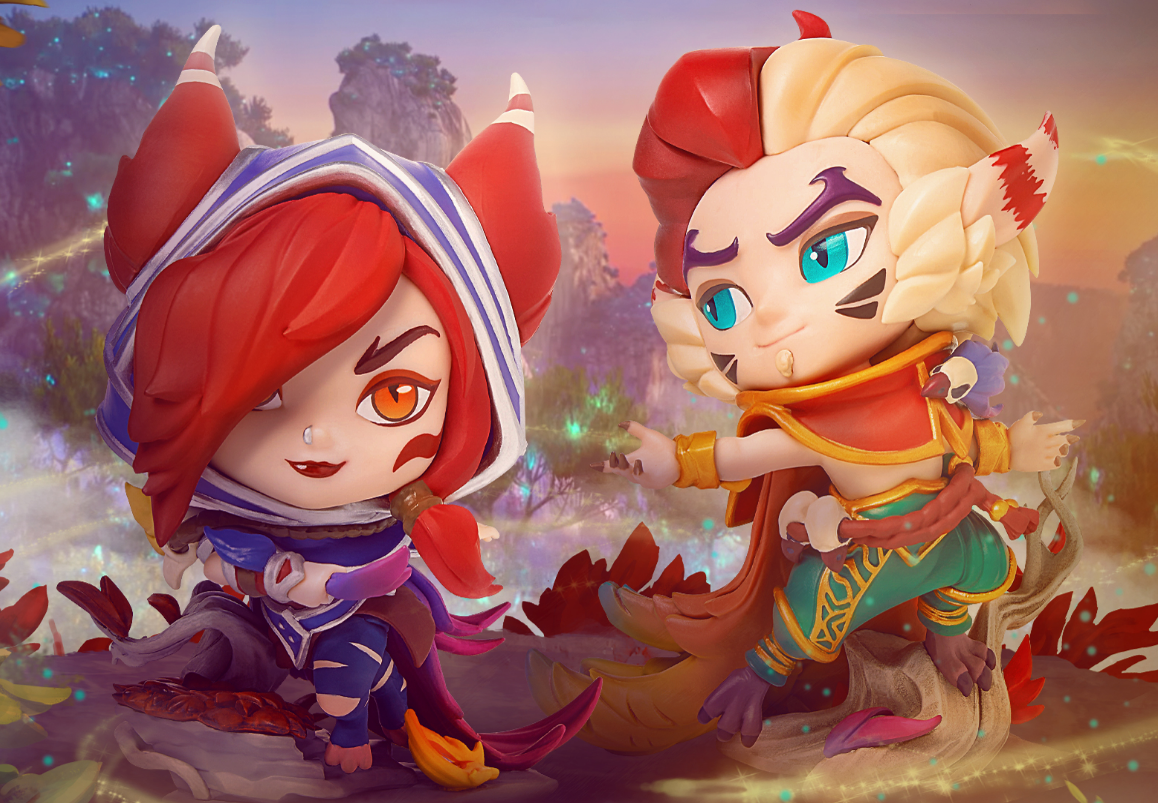 The Vastayan lovers are taking over Riot’s merch store in an effort to offer new limited-time items for those who adore League of Legends.

Just like with most themed merchandise releases, Xayah and Rakan are getting an exclusive figure double pack for $45, which includes both a standard Xayah and Rakan series three figure.

The figures are the fifth set in the series three range and follow Urf, Teemo, Jinx, and Championship Ashe. There are still 20 figures left to come out in series three, with each figure being revealed every few months.

These figures aren’t the only items available in this sale, however. There’s also a Xayah and Rakan Faux Pocket T-shirt, as well as an exclusive bracelet set that represents both of the Vastayans. The idea is to give one of the bracelets to a significant other, so your bond can be as strong as the League lovebirds.

Xayah and Rakan aren’t the only exclusive items in the store right now, either. Riot’s 2018 World Championship merch is also available, offering a selection of exclusive limited-time items, like the Championship Ashe figure ($30), the Worlds 2018 Windbreaker coat ($120), and more.

While most of the items in the Xayah and Rakan store are expected to be available in limited quantities, most of the previous figures have continued to be sold even after their promotion’s end date. If you want to make sure you get one of them, though, you better act fast while supplies last.