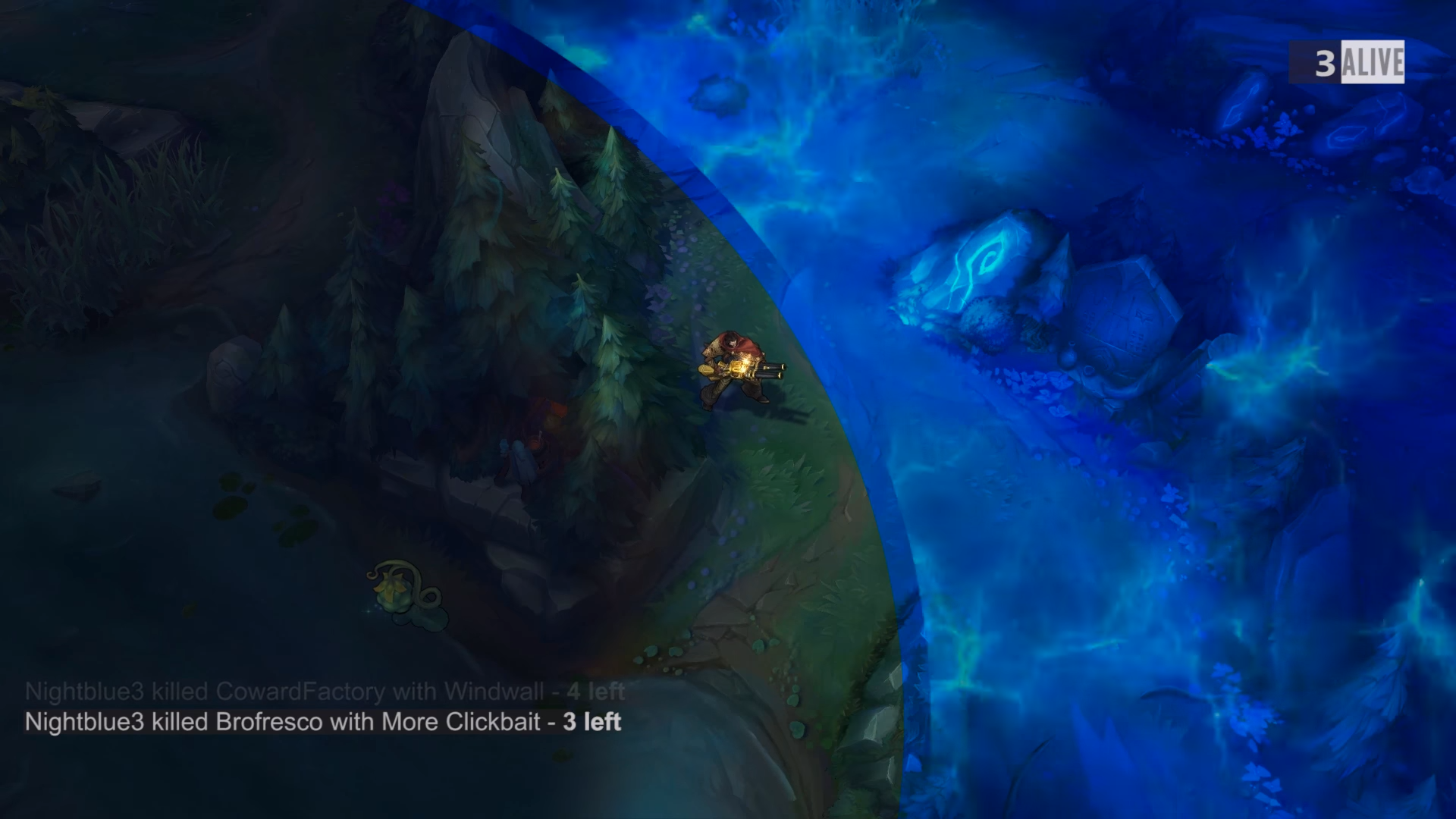 Have you ever wondered what would happen if Riot Games created its own battle royale game mode? Well, the YouTuber Leader answered that question and more in one short video, showcasing what a PUBG-like game mode would be like inside of League of Legends.

The video itself is full of references and nods to both PUBG and League. The chat shows different League players’ names, as well as references and memes that the League community is known for. And classic weapons and items that are found in PUBG have been swapped out for League items and summoner spells.

Players are dropped into Summoner’s Rift from an Infernal Dragon, instead of the usual plane that PUBG players use to parachute into the battlefield.

Everything that makes PUBG great is translated well into League form in this video. Bombs are replaced with Gangplank ultimates, players curse through their microphone when they are killed, and the classic PUBG formula and layout is all intact on Summoner’s Rift.

Leader’s video is a great mesh of features from both games, and fans of PUBG and League should definitely enjoy watching it—unless you hate Teemo.