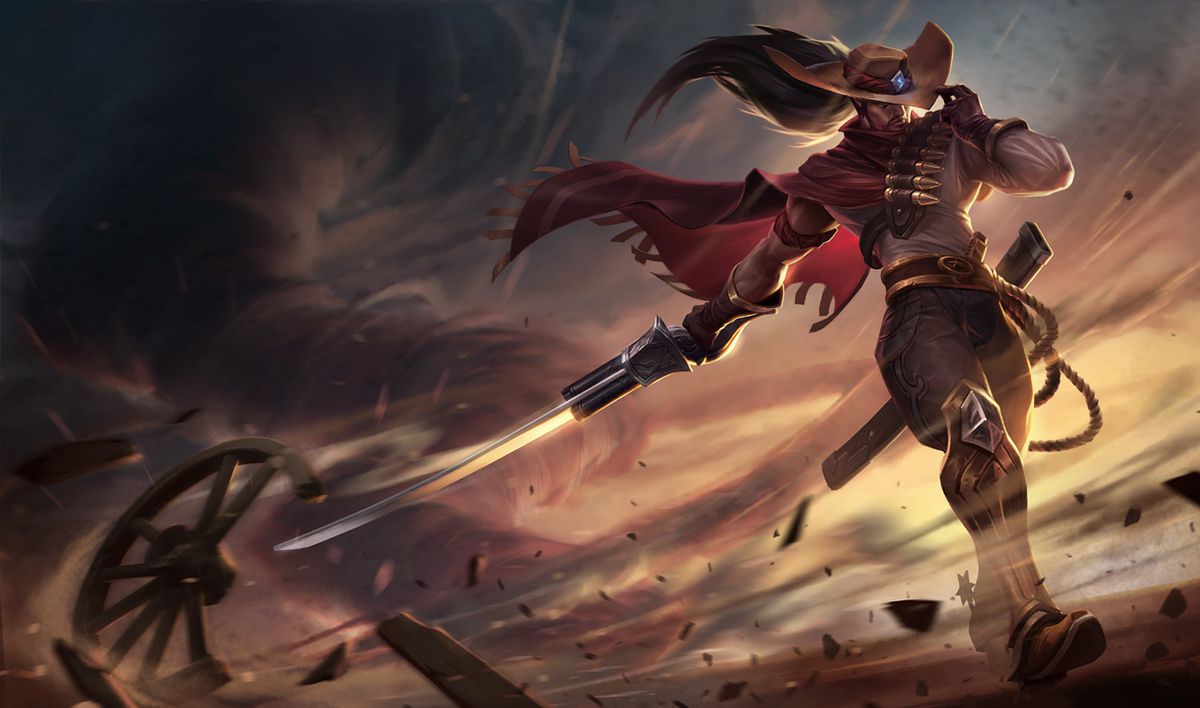 When the 2018 Summer Split kicked off, we were afraid that bruisers would totally ruin the bot lane meta. With the likes of Yasuo and Irelia running amuck, traditional marksman looked like they could be toast.

Well, that hasn’t exactly happened, at least not at the professional level. Champion diversity in the bot lane hasn’t really improved as much as it’s just shifted. But at the top of the win rate charts, you’ll find one marksman who just won’t be shut down: Lucian.

But it’s not just Lucian. Ezreal is struggling despite high pick/ban priority, but Kai’Sa and Xayah are still pretty strong. Of course, Kai’Sa has also been a recipient of the funnel strategy. But she can still take over games from her original role once she gets Guinsoo’s Rageblade.

When we do see Yasuo, most of the time it’s in mid lane. He’s being used as a counter to all sorts of meta mids from the supportive Lulu to the bruising Irelia. He pops up every now and again in every region but is only really getting a lot of priority in the LCK, where he is picked or banned in 38 percent of games and sports a shiny 80 percent win rate.

The region that’s shown the most innovation in the bot lane so far might be EU. We’ve seen Heimerdinger and Ziggs in the bot lane for their turret-pushing power. With most games being decided by the combination of solo laners and junglers, sometimes you just want those turrets to fall quickly.

But if you want really crazy stuff, you have to go to one team in the LPL: Snake Esports. Most teams in all regions still playing fairly standard, but not Snake. You name it and they’ve tried it.

For a middle-of-the-pack team without realistic aspirations to make Worlds, it’s fun that Snake have turned up the crazy to the max.

But for the best teams, it’s the standard champions that have been the most broken. Aatrox has a 66 percent win rate and seemingly can’t lose. He’s thriving in an era without late-game marksmen that can kite him out. He can eat a Lucian for lunch, resurrect from his passive, and kill the rest of the team.

The other champion that’s been amazing is Braum, who clocks in at a 64 percent win rate. Usually Braum is good against Lucian, but when teams get both, good night. He and Morgana are still the best supports for vastly different reasons.

Overall, the meta has changed a lot and it’s forced teams to adapt with their rosters and their scrims. But the best teams from last split are still doing well, for the most part, which proves that it hasn’t gotten so crazy that talent no longer wins. As things even out—including an upcoming nerf to Lucian—we expect that to still be the case. Either way, we’ll check back in a few weeks to see where the pro meta has gone.