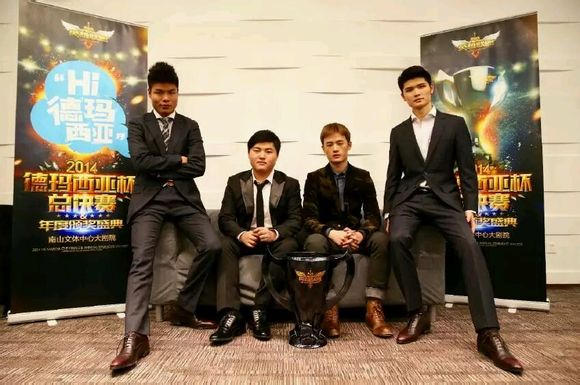 Updated: Added picture and translation of the OMG ownership announcement.

The news can be found here.

With the news of Uzi’s move to Team OMG, Chinese League of Legends site lol178 reports that the reason this move happened so easily is because both OMG and Royal are owned by the same group – RM. In addition, the reporter claims that RM also owns two of China’s other top teams – WE and WE.Academy.

The same site has reported the former breaking news regarding the sale of Royal Club in Season 3 (leading to the team’s re-branding as StarHorn Royal Club) so they have a high amount of credibility.

In June, the RM club officially announced (see picture below) that they had bought OMG. In the same announcement, the club mentioned that in the near future, there will be another two top clubs joining them in addition to an Academy squad.

The lol178 report claims that the former owner of Royal Club sold the organization to someone else after the Season 4 finals. Because there were no records of the club’s sales, rumors arose that  the RM club bought Royal.  Later on, there was a rumor posted on another site (NGA) stating that the RM group had purchased both Royal and World Elite.  The post was later removed. Later on, shareholder records of WE.A indicated that the primary shareholder was Mr. Hou – the owner of the RM club. If WE has indeed been sold to the RM club, it is unknown what consequences there will be – WE’s previous owner is head of the LPL’s governing body.

Up to the point that Uzi official transferred to OMG, there were still ongoing rumors that OMG and Royal were also owned by the same company – RM. This is why the move was so quick and unexpected – it was just an internal transaction.