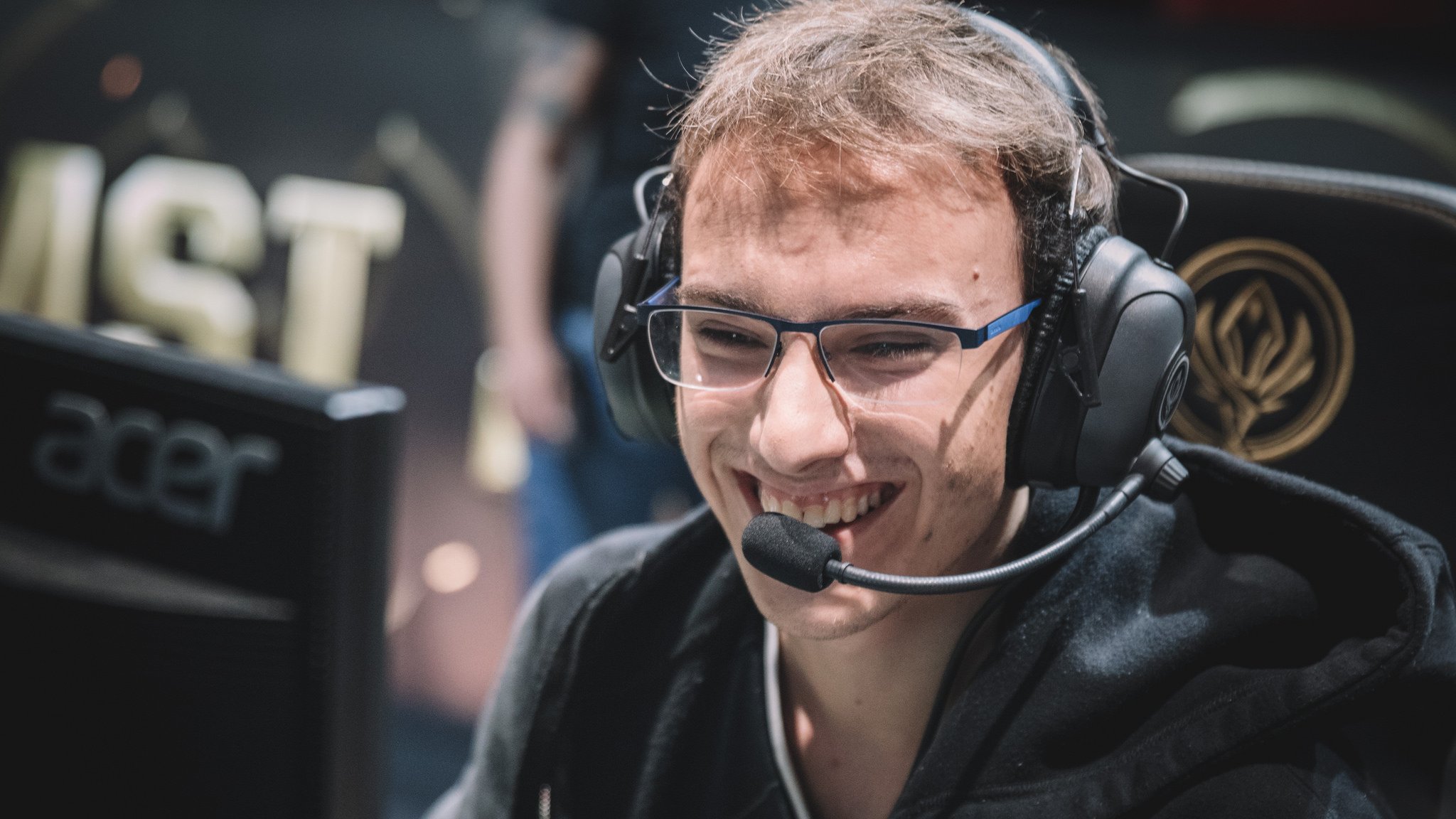 Lee “Faker” Sang-hyeok is known to League fans as God.

Since arriving on the scene in 2013 Faker has made competitive League of Legends his personal playground, racking up victory after victory at every major tournament in he’s participated in. He has won half of the World Championships every contested and has never lost a best-of series against an LCS team.

Meanwhile, G2 mid laner Luka “PerkZ” Perković has been lauded for his play as a rookie in the European LCS, but seems to have peaked since then. He’s been heavily criticized for his brash mistakes on the international stage. And going against Faker, no one expected much.

But PerkZ had just come off a victory against China’s Team WE in which he played a nearly immaculate series. With confidence surging, G2 picked Jayce for him in game one into Faker’s Cassiopeia.

Jayce is known as a lane bully due to his ability to fire from range. PerkZ did more than bully the lane—he made God bleed.

The first couple kills required jungle assistance. G2 jungler Kim “Trick” Gang-yun, another player who’s been criticized for his international appearances, was timely on his ganks all series.

Faker is known for his aggressive, trade-heavy style, and PerkZ punished him beautifully. With a level lead PerkZ went all-in at the perfect time, starting a snowball that would not stopped.

Having burned Faker’s flash, PerkZ and Trick went right back at it shortly after the broadcast replay ended. Faker isn’t even pushed up here, but Trick flashed in and the slippery snake was unable to slither her way out of the gank.

Other players have killed Faker in his lane before. Most have come to regret it as Faker tends to play better when angry. But as angry as he was, there wasn’t much he could do about a two-level deficit, which meant that PerkZ and Trick had access to their ultimates first:

Faker’s ult finally came up at the very end of the play—but he had been knocked up by Daisy, unable to use it. The next time Trick came around, Faker hung around confidently, knowing he had the ult in his back pocket. But he underestimated the damage from Daisy as well as how fast Ki “Expect” Dae-han could roam down from the top lane:

At that point Faker was 0/4/0, a complete non-factor, while PerkZ was running away from the game. It was one of the shocking deficits we’ve ever seen Faker and SK Telecom face. For the first time in the tournament, maybe for years, someone had made God bleed.

Unfortunately for G2, SKT would go on to take the game off superior side lanes and macro control. But that shouldn’t take away from this moment. They stood toe to toe with the best team in the World, against the best player in the world, and struck first. It was an amazing performance from Trick and PerkZ and something they should be able to build upon.