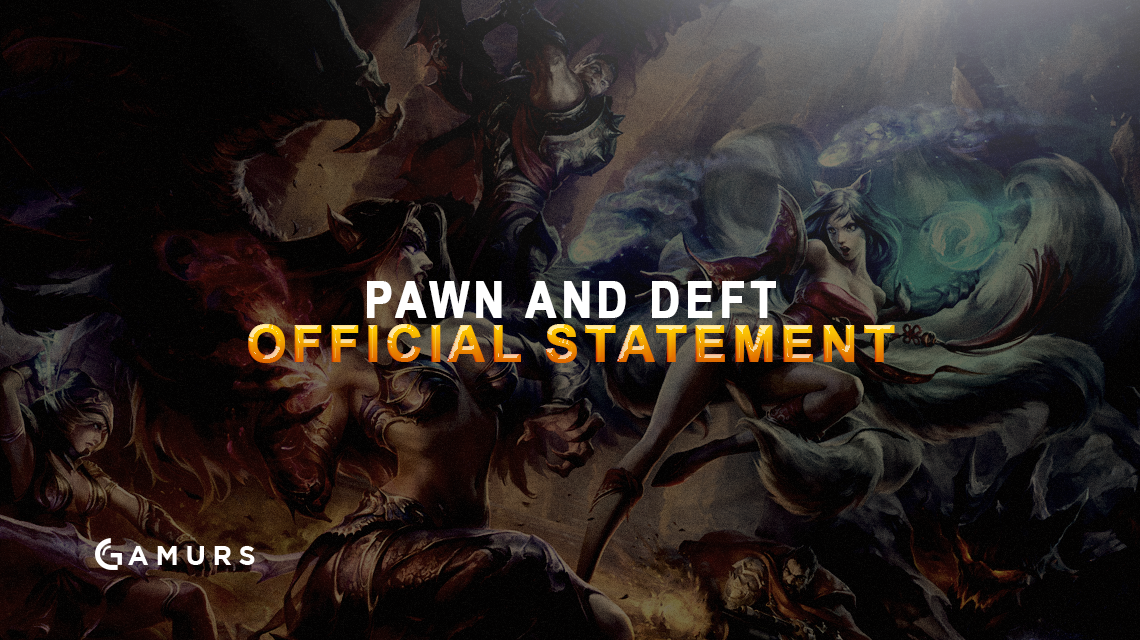 Both Heo “PawN” Won-seok and Kim “Deft” Hyuk-kyu, formerly of EDward Gaming, have released official statements on their accounts and reasons for leaving the organization. You can see their official statements in Korean below, with the quick translated version beneath them;

“It’s been two years since I joined EDG,” PawN said. “Two years, but a lot of hard work to stay in EDG, where I served well while learning a little Chinese. I’m grateful to be a part of EDG over two years, and I hope EDG does better next year. I’ll try to get the World Cup but I just do not know which team would be wise to go into next year. I would like to thank the fans for always cheering.”

“Hello EDG fans, and I plan to leave EDG one more cup before I do this November,” Deft said. “For two years, I have worked really hard, it was really good, I think. A lot of winning for the league and first to win the competition in the world, so many things with a good crew, was really happy to miss. I really miss Korea but coming to China has been a treat. Thank you so much to the fans in China for their support.”

The news comes after many LPL teams are looking to drop Korean players due to reported high salaries not meeting the high expectations of the teams, with RNG set to also kick off their Korean players, allegedly.

Where do you think these players will wind up? Let us know by commenting below or tweeting us @GAMURScom.