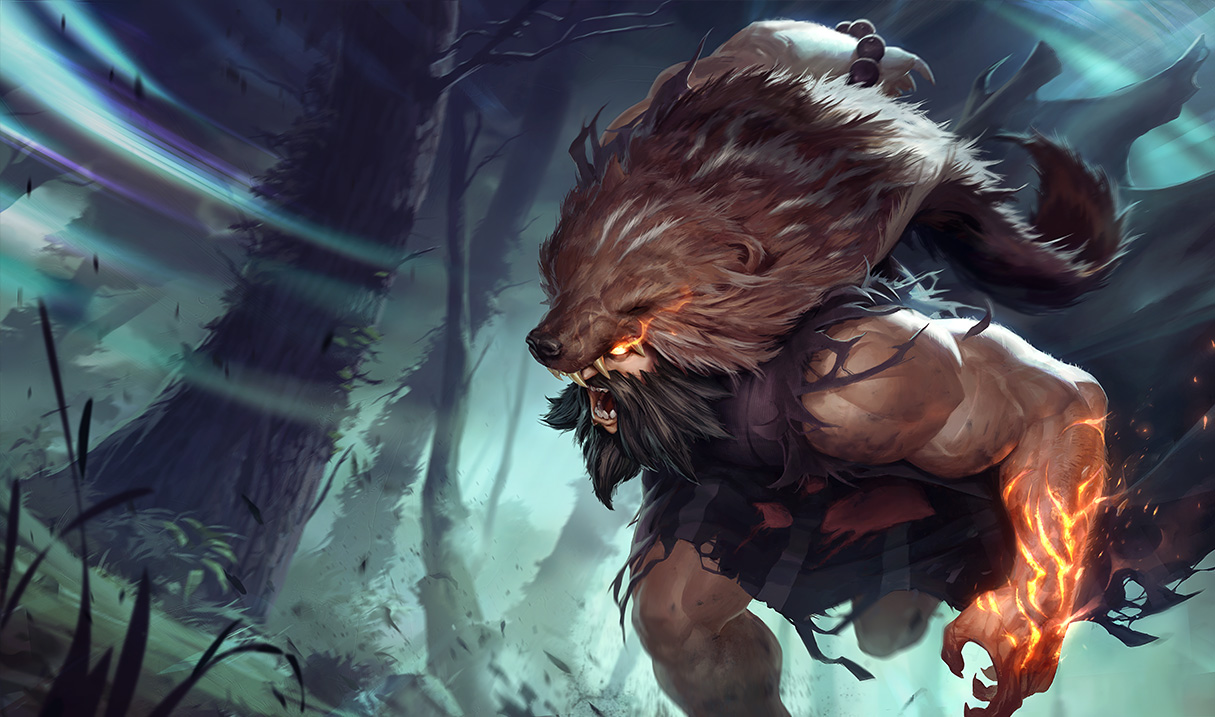 There aren’t many champion buffs coming with Patch 7.8 tomorrow, but the few that are there are pretty impressive.

Between new champions, item reworks, and champion updates, there has certainly been a lot going on in League of Legends lately, but that won’t stop Riot from dishing out balance changes to those that need them. Udyr, Lissandra, and yes, Aatrox (again) are all going to be a bit stronger after the patch, as well as a few others. It might even be enough to knock a couple of them up into the meta.

Tiger Stance (Q): Udyr’s attacks in Tiger Stance no longer will deal 15 percent bonus AD. Instead, every third basic attack will deal the bonus damage-over-time (DoT) that the first attack of Tiger Stance has always dealt. Every time you proc the bonus damage on the third strike, the remaining damage of the last proc will be immediately dealt as well as beginning the next DoT. This will be a huge buff for Udyr’s split-pushing, dueling, and camp-clearing. Unfortunately, it’s unknown which situation would ever call for Phoenix Stance over this, so if you were a Phoenix Udyr fan, you may be disappointed.

Turtle Stance (W): The lifesteal granted by Udyr’s Turtle Stance is being removed, and in its place the first attack of the stance and every three hits afterwards will heal Udyr from 2.5 percent to five percent of his maximum health, depending on how low he is. This, combined with his newly designed Tiger Stance, will make sustain-tank Udyr a formidable opponent.

Shen is the only champion in this patch to be included in both our Buffs and our Nerfs list. His status as a champion has always been a little complicated, because he’s so strong in coordinated, professional games yet so weak for everyone else. This has to do with his ultimate, Stand United. Due to its power in teamfights, his other abilities and laning phase are weak. If you want to read about his huge Stand United nerfs, be sure to check out the nerfs of Patch 7.8. Otherwise, let’s get into his rather large buffs.

Twilight Assault (Q): Shen’s Q is being tweaked to deal less damage to minions but more damage to champions. This reduces his lane-pushing capabilities, sure, but it gives him a much stronger position when it comes time to trade damage with his laning opponent. It will also deal much, much more damage to monsters. This doesn’t mean jungle Shen will suddenly become viable, but some people may try it out.

Shadow Dash (E): Shadow Dash is Shen’s famous taunting ability. As a vanguard tank, it’s his only form of crowd control, and his biggest strength in teamfights when his ultimate is down. To make it easier to land his taunts, the hitbox zone on the dash is being extended by 20 units. Oh, and the energy cost is being brought down by 30 energy, making it a little less unforgiving if you miss it.

Blood Well (Passive): Despite several rounds of buffs to Aatrox in the last few patches, Riot doesn’t think he’s in a healthy state just yet. He struggles specifically in the jungle, so the attack speed portion of his passive will now refresh on monsters, and the attack speed buff has been increased at all ranks.

Blood Thirst (W): The healing portion of Aatrox’s W, Blood Thirst, is receiving a flat buff for his troubles. It’s being increased to heal him for 6.5 percent of his missing health rather than the five percent it healed before. This will allow him to clear jungle camps with less risk and stay in extended fights longer.

Iceborn (Passive): Lissandra’s lategame performance is often hindered by mana problems due to having to land multiple ice shards to have maximum impact on teamfights. Well, after this buff that should be less of an issue. Her Iceborn passive will now allow her to refund spell mana more often later in the game. Its cooldown will decrease from 18 to nine seconds as she levels up her ultimate.

These aren’t all of the buffs to come with Patch 7.8 tomorrow, but they’re certainly the most important. If you’d like to read about tweaks to Amumu’s passive, and small buffs to both Karthus and Ryze, be sure to read the official patch notes.