Pantheon’s rework has now been revealed

The god-killing gladiator has been reborn 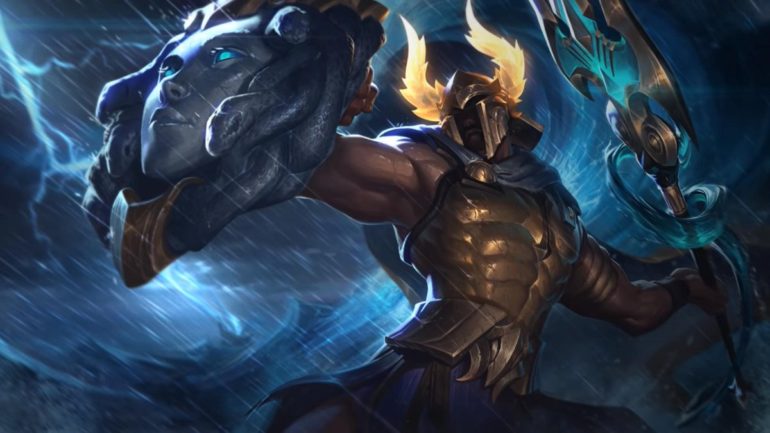 League’s latest rework is here and Pantheon, the Unbreakable Spear, will soon be slaying Darkin across Runeterra when the PBE updates later today. Riot Games have released the kit for League’s perennial gladiator and it seems to strike the perfect mix of familiar yet new and exciting at the same time.

His passive is the only fully changed ability, and it works similarly to Annie’s passive. Named Mortal Will, every five basic attacks or ability casts will empower the next basic ability and grant it extra effects. He will now have clearly defined windows of opportunity, but could also fall victim to the Annie playstyle of just hovering around at full stacks waiting for a time to strike. This isn’t necessarily a bad thing, but will feed into the windows of opportunity and force opponents to play extra safe when that bar glows red.

Pantheon may have taken a trip to Bilgewater for inspiration for his new Q, Comet Spear. When the Q key is tapped, Pantheon will strike all enemies in a line much like Pyke’s pre-nerf Q, Bone Skewer. When it is held however, the spear then becomes a skillshot. Once Mortal Will is activated and Q can be empowered, it will deal extra damage and then slow enemies. This could be extremely good for clusters of enemies but the held Q also injects more skill expression into the champion.

Shield Vault is extremely reminiscent of his old W, Aegis of Zeonia, as the leaping and stunning a target enemy is preserved. The difference however, is that when empowered, Shield Vault will strengthen Pantheon’s next basic attack and strike three times instead. Although the three strikes have the caveat of reduced damage, this is a neat explosion of damage that will be a core part of Pantheon’s combos.

The most changed ability, Aegis Assault offers the strength of Braum’s Unbreakable and Yasuo’s Wind Wall combined, becoming invulnerable to any damage from a certain direction but also sprays out damage akin to his old E, Heartseeker Strike. The amalgamation doesn’t end there, as an extra burst of damage activates at the end of the ability much like Ornn’s Bellows Breath and will still trigger if Aegis Assault is canceled. At this stage, the combo seems relatively straightforward, with Pantheon W-ing to an enemy before immediately E-ing and rounding it out with a Q (either tapped or held depending on how close the enemy still is). With an empowered ability thrown into the mix, like Aegis Assault’s extended duration, Pantheon players should be dishing out damage aplenty.

Grand Skyfall is now Grand Starfall as Pantheon will still leap into the air but will fly across terrain towards a target location much like a shooting star, damaging all enemies that he passes through. Pantheon still has a spectacular way to enter a fight, but it should be more meaningful, especially as Mortal Will becomes full stacked when Pantheon lands. It should allow him to immediately make his presence felt in the fight.

Pantheon looks extremely fun to play and his horizons have been broadened from the linear bruiser-assassin role he once occupied. There are now multiple opportunities for skill expression but also being simple to learn. Expect him to be a mainstay of your normal games for a long time as his aesthetic will always draw curious players in. The reworked Pantheon will load onto the PBE later today so be sure to log in and check it out for yourself.