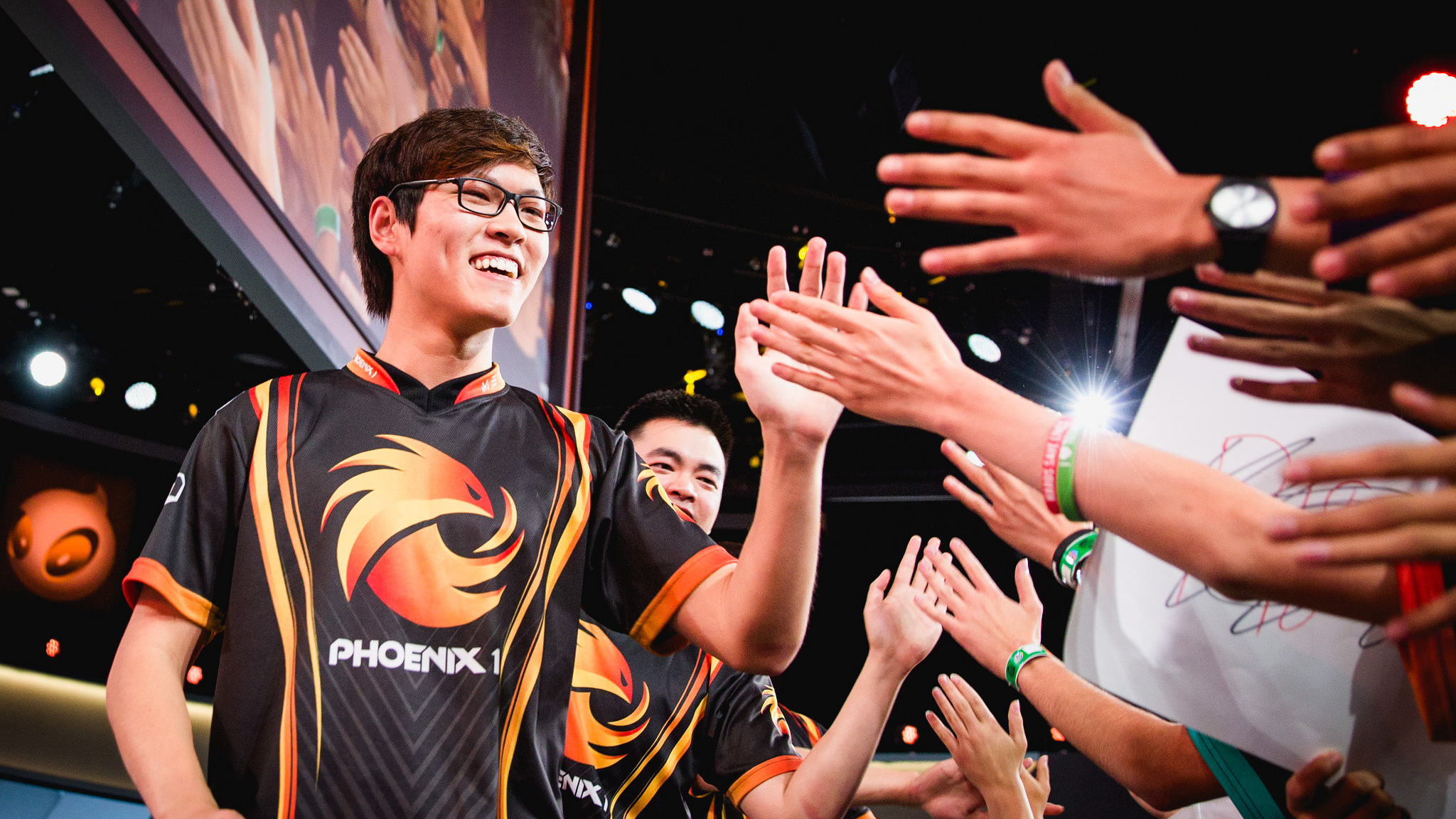 One of the biggest stories in the NA LCS this summer is that of Phoenix1, rising from the ashes like their namesake.

And they’ve done it in a totally unexpected way. Instead of simply building off a successful Spring Split, they suffered a horrible start that forced them to reconsider the roster.

Yeung has been playing League of Legends since the very beginning. Like many gamers, he started young. “At first, I was just like any kid in elementary school, where I would play console games,” he remembered. “In middle school, I was recommended to play League by a friend.”

By the age of 13, he had hit Challenger rank, placing him among professional players. “I fell in love with the competitive aspect of the game,” Yeung explained. Even though he was just a teenager and far too young to play professionally, he always had veteran instincts and the ability to be an in-game leader. “The main thing that set me apart from [other] solo queue players was my experience in-game,” he said. “Even though I had never played professionally, I have been honing my macro shot-calling ability in solo queue and from watching VODs.”

Still, despite his talent, the road to being a pro gamer wasn’t always smooth. “My mom was very sketchy about pro esports,” Yeung remembered. For years, he would oscillate between grinding the game and breaks for high school. But after high school, trying to make an LCS team became a focus. “It was a very hard decision [to go pro], because it meant leaving behind my friends and family,” Yeung revealed. “Also, I had been planning to go to college ever since I can remember.”

Starting with Phoenix1 could have seemed daunting. The team’s stars, Noh “Arrow” Dong-hyeon and Yoo “Ryu” Sang-ook, were both native Korean speakers. And ahead of Yeung on depth chart was not one, but two junglers, Rami “Inori” Charagh and Williams “Meteos” Hartman.

It could have been easy for Yeung, still a teenager, to feel intimidated. After all, Meteos is an LCS veteran who has played on the Worlds stage and Inori was previously the leader that P1 built around. In many ways, he was the heart and soul of the team. But the team made it easy for Yeung to fit in at the very beginning. “I think Phoenix1 did a really good job at making it as comfortable as possible,” he explained. “I never once felt that my position or my development as a jungler was not in my control.” It’s an extremely mature attitude for such a young player, and partly why he’s become so successful as a jungler, but also as a leader.

Now, after several weeks of play, Yeung’s memories of his first few matches in the LCS are a blur. “Honestly, it’s hard to remember [my first game], because I feel that I have come a long way as a player, even more than a year’s worth of solo queue,” he revealed. “Interesting fact, I didn’t realize that I was using a different mouse model my first game.”

From the very start, Mike Yeung endeared himself to his teammate, especially Ryu. It’s no coincidence that after Yeung was inserted into the roster Ryu’s performance also took off, culminating in a fine performance at Rift Rivals. “Ryu is like a big brother to me,” he said. “The first few days coming onto P1, I insisted he mentor me about how I can play better in duo queue and in scrims. We spend a lot of time together outside the game too. One of the reasons why I have such expectations for myself when it comes to watching VODs and improving on my mistakes is to earn Ryu’s respect.”

He has certainly earned the respect of his team. Their stunning success at Rift Rivals came largely via the pressure he exerted in the early game. Yeung relied on the shot calling he had honed through years of solo queue experience to help his team. “When I came on P1, I was confident in shotcalling from the start,” he said.

When Unicorns of Love made the critical error of leaving up his pocket Nidalee, he carried. It wasn’t hard to convince coach Kim “Fly” Sang-chul that Nidalee was a good pick. “Fly is super understanding as a coach,” Yeung explained. “He is a very team-oriented coach, where he values the player’s opinions and that really helped with bringing back Nidalee into the meta.”

Earning a group stage MVP award at Rift Rivals and receiving heaps of praise from analysts and fans has bolstered Mike Yeung’s confidence. “I have to admit that I have a lot more confidence in my plays when it comes to leading the team,” he said. But he’s quick to point out that most of the confidence comes from the four other guys he plays with, and not from external sources: “I think that’s because my teammates have more faith in me after experiencing Rift Rivals.”

In less than a split, Mike Yeung has grown from a precocious teenage solo queue player to a star leader on a team with high expectations for this split—and beyond. He’s certainly met expectations for himself and has set a new bar for how good a rookie can be.