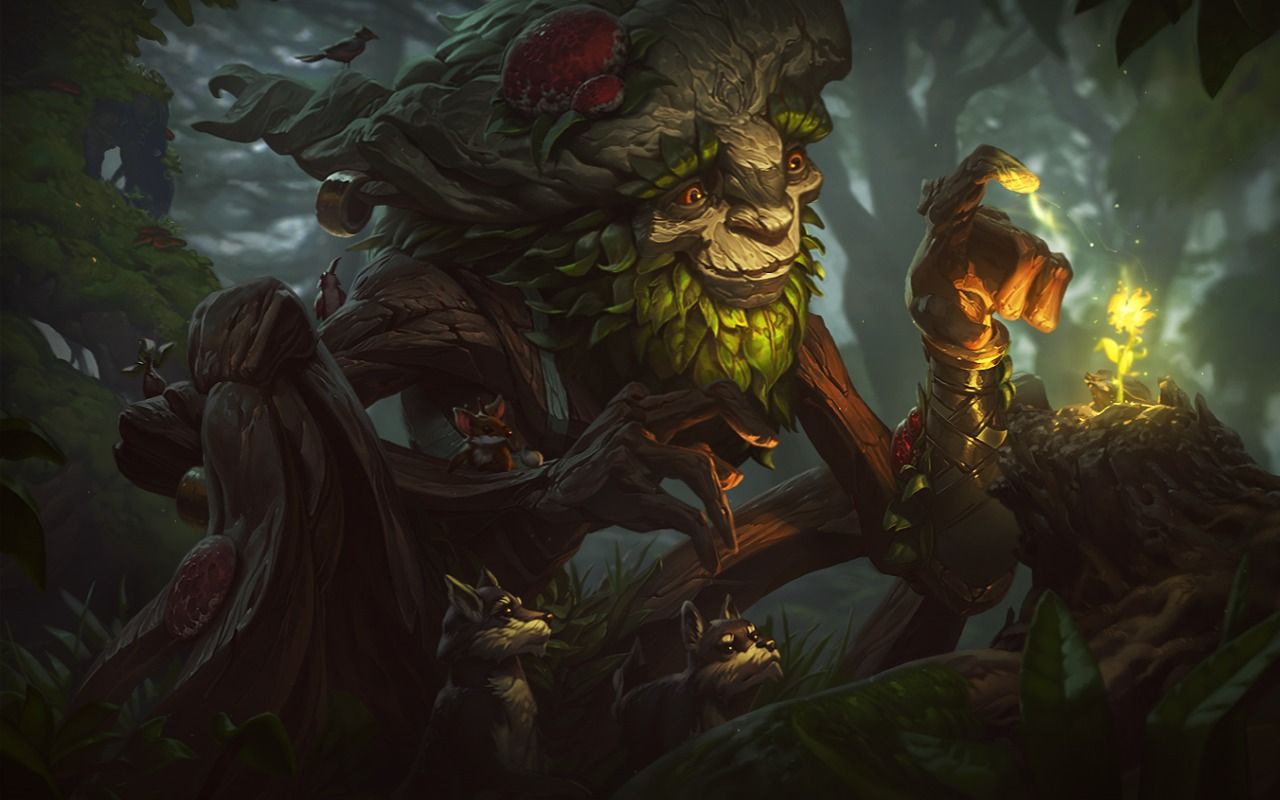 Ivern hasn’t been so neighborly to his so-called “friends of the forest” lately. Maybe he’s tired of freeing them over and over or maybe they were never really friends to begin. But for whatever reason, Ivern has stopped talking when moving near camps, epic monsters, and while traversing the jungle in League of Legends.

The green father has roughly three unique voice lines for moving near every camp and nine that can appear when moving through the jungle. All of them can be seen on the League fandom wiki and heard below in his special interaction video. But none of these are appearing in-game right now.

Players on the Ivern Mains subreddit pointed out his odd behavior earlier this week, but it’s unknown when or why Ivern lost these voice lines. Several fans have speculated that it’s a bug, while others questioned this as an intentional change by Riot. Either way, fans of the champion have taken notice.

Ivern’s voice lines when attacking, taunting, interacting with champions, and so on are still heard in-game, including his voice lines when using his passive, Friend of the Forest, to place groves and free camps in the jungle.

While Ivern will always be a friend to the creatures of the Rift, his whimsical nature is damped by the absence of these voice lines. Riot hasn’t formally addressed this change or potential bug yet. For now, Ivern will remain a little quieter than usual.