Order went through the OPL gauntlet 9-1, causing complete chaos in their wake. 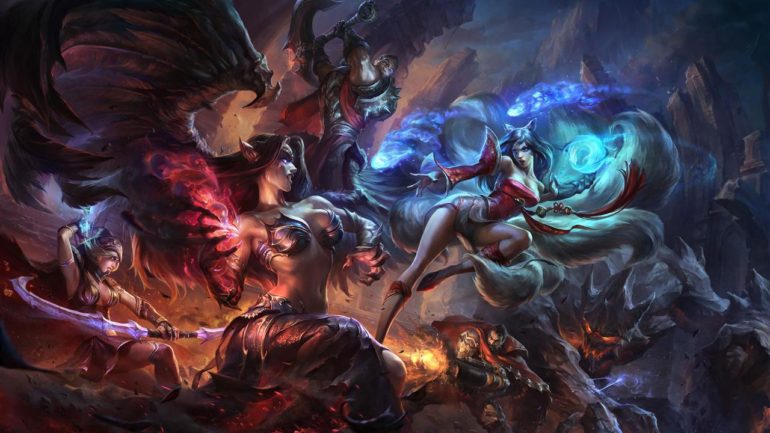 Order have booked a spot in the Oceania Pro League final against the Bombers next Saturday by sweeping the Chiefs this morning. After finishing the regular season with a 9-12 record, Order turned their season around in the gauntlet, also defeating superteam Mammoth and young guns Avant on their way to the grand final.

In a performance reminiscent of Sin Gaming’s run in 2017, everyone on Order stood their ground over the three-day run to take down the region’s best. From Jayke Paulsen’s Rakan to James “Tally” Shute on Sylas, Order dominated the map from top to bottom to become the first fifth-placed team in OPL history to qualify for the grand final.

Game one against the Chiefs saw Tally’s Urgot dominate top laner Brandon “Swip3rR” Holland on Hecarim. After solo-killing him at level one, Tally snowballed the game out of control to finish with an 8/0/3 scoreline. Simon “Swiffer” Papamarkos picked up the slack in game two on Zoe, finding picks all across the map with crucial bubbles.

Game three was a slow bleedout for the Chiefs. After Brandon “Claire” Nguyen was shut down early on Lissandra, Order were able to choke the Chiefs off the map. While Quin “Raes” Korebrits tried to keep his team in it, Tally’s Sylas was able to find the perfect engages onto Varus while Jayke’s Rakan kept the rest of the Chiefs in check.

As the Chiefs looked for a desperation Baron, Tally and Jayke teleported into the Chiefs base and ended the game at 30 minutes in one of the most exciting games of the split. Gauntlet rookie Ronan “Dream” Swingler played outstandingly on Xayah, too, finishing the series with a 20/9/22 statline over three games on the champion.

Order will face the Bombers in the OPL grand final on April 6.