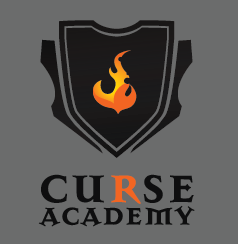 Following a very underwhelming performance by the top teams in North America, a lot of discussion has sprung up regarding the talent and players North America churns out.  For the most part, these discussions focus on the lack of that talent and it’d be a difficult task to argue against that.

The way I see it, talent is present in our NA solo queue ladders but it hasn’t been found and the talent that has been found, well, hasn’t been properly nurtured.  One can blame “small solo queue pool” or argue that “console gaming is more recognized in NA,” others will argue that current players don’t have the right mentality when it comes to practicing and improving to their full potential.  The latter point is what I believe is the weakest aspect of the players in the NA LCS and NA challenger scene.  However, instead of focusing solely on the players with cushy jobs on their teams’ starting lineups, I think organizations need to devote more attention to developing prospects.

To be fair, a few teams in the LCS already do this.  Take, for example, Team Liquid.  Liquid112, the owner and manager of TL, has one of the best hands on approach as a general manager in the pro scene.  He provides the necessary care and resources his starting lineup needs to succeed WHILE giving new players an opportunity to break into the scene through Team Liquid Academy (and Curse Academy before that).  These newer players are given the opportunity to compete against highly skilled players in the Challenger Series while having the support of the umbrella organization.  Liquid’s academy teams can be compared to the NBA’s Development League (or D-League).  Players are given the chance to hone their skills in a more competitive scene than solo queue and get the experience of playing with a crowd (via streams), both factors important to success in the LCS.  Liquid112’s approach has shown extremely positive results; Curse Academy broke out into Team Gravity, boasting strong players like BunnyFuFu, Hauntzer, Cop just to name a few.  Back when those players were under Curse Academy, Liquid provided veterans and knowledgable players to help develop the young ones; IWillDominate, during his suspended year, was asked by Liquid to help out the team as was SaintVicious, one of NA’s best junglers.  Within a couple years, Team Gravity took the LCS by storm, finishing among the top teams during the Summer 2015 regular season.

Cloud9 is also in the process of doing something similar after their challenger team, Cloud9 Tempest, dissolved.  Jack Etienne, C9’s owner and manager, gave former superstar jungler Meteos the reigns to form a challenger team for C9.  Who’s to say that Meteos, a great player in his own right, doesn’t have the insight to spot talent or potential?  Teams don’t have to go out and see who’s stomping lanes in solo queue, instead they just have to see who has the potential to stomp the lanes in the LCS.  Organizations, in my opinion, are too focused on trying to get the veteran players, players who have already proved themselves on the stage.  They need to start taking chances on players who have the potential, players who can flourish when given the right resources.

SKT T1 Easyhoon.  The sub who shouldn’t be a sub.  He is the kind of sub teams seemed to want this past year but lately, it’s become more of a utility than something teams actually desire.  To be honest, I am sick of hearing the term “sub” used for players like Easyhoon; it almost seems to take away from the importance of the position.  Teams need to start treating players in that spot as the sixth man and utilizing that sixth man.  To give credit, CLG attempted to use HuHi, a strong player himself, but was unable to due to logistical problems.  Aside from CLG, however, it’s hard to pinpoint what other teams are using that spot to its potential.  Using another NBA reference, the 6th man on the team is generally the player who comes off the bench to give his team a spark.  Occasionally, the 6th man will perform better than the starter!  What usually happens to successful 6th men will be that they eventually become starters for other teams (James Harden anyone?).  I’d like to see NA teams take advantage of that sub spot and use it.  Perhaps a team finds a strong solo queue player or they sign a young, but strong, LCS player; why not give them a chance to develop their onstage skills frequently?  Sure, this might not bode well for players with large egos but in a game that relies on team effort, it will only provide teams with more strategical options while giving younger players a chance to develop and (hopefully) break out.

I believe NA has the talent pool available.  But how that talent and potential is realized is up to those who want their region to win.

All photos taken from LoL Gamepedia