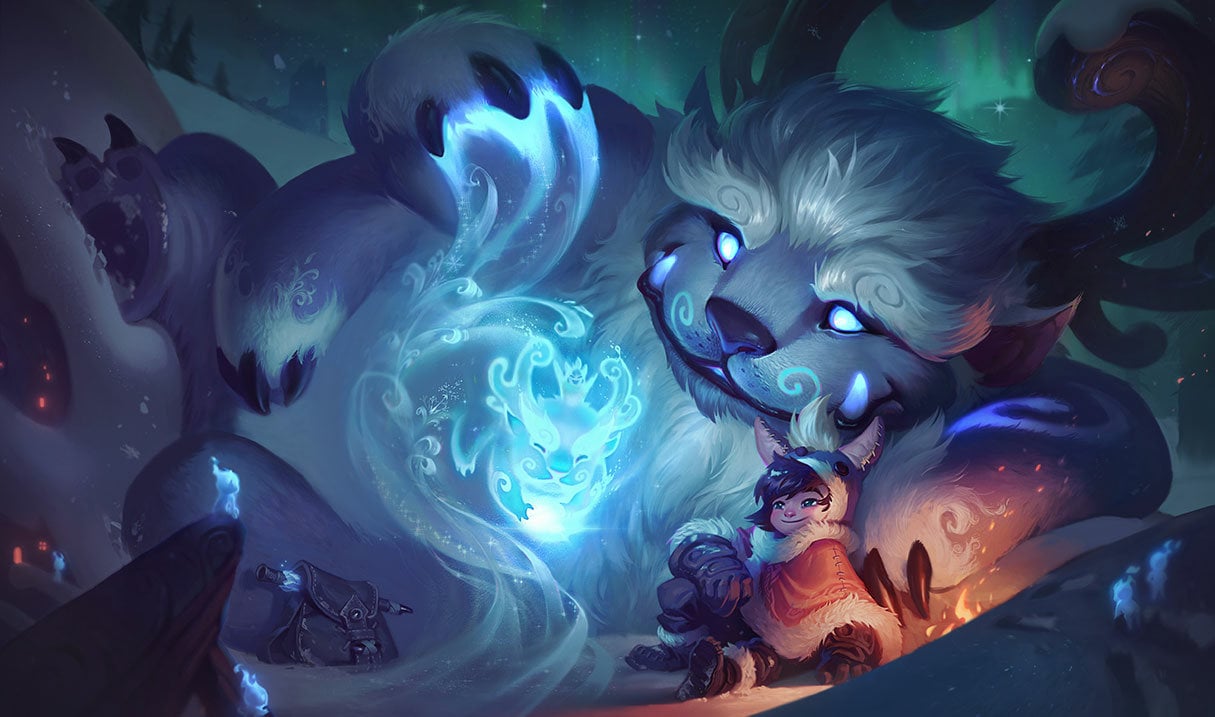 When you think of minions in League of Legends, what usually comes to mind are small creatures that aren’t dangerous and are just a source of gold. And that is true most of the time, especially as the game goes on: The stronger your champion gets, the less of a danger minions are to you.

But from time to time, minions can be great allies. While this might be hard to believe for some, a recent post on Reddit showed that they can aid you in a time of great need.

In the clip, Nunu and Willump are defending the top lane inhibitor turret by unleashing Absolute Zero (R). Afterward, the Boy and his Yeti continue spamming their abilities, lowering the opposing Volibear’s health to just one bar. And when it all seemed done and dusted, the Relentless Storm answered by using his abilities, leading the charge with Stormbringer (R).

With Nunu and Willump having probably no abilities left off cooldown, they had no other option than to run. Still, with Volibear’s empowered attack, they had nowhere to hide and fell under their own tower, which managed to unload a couple of shots onto the enemy. This yet again wasn’t enough to kill the Volibear. But this is the moment where the cannon minion came up clutch.

Being the only survivor from the skirmish on the red side, the cannon minion had one job—and didn’t fail to deliver. With a shot from its cannon, the minion finished Volibear and turned Nunu and Willump’s efforts into an elimination from the gray screen.

It’s hard to tell whether this play was pivotal, but the valiant cannon minion’s team ended up being victorious in this game, according to op.gg. It’s certainly worth underlining this heroic play either way since it helped defend the top lane inhibitor, at least for a while.