The newest champions are also the best at MSI

Recently released and reworked champions are running the tournament so far. 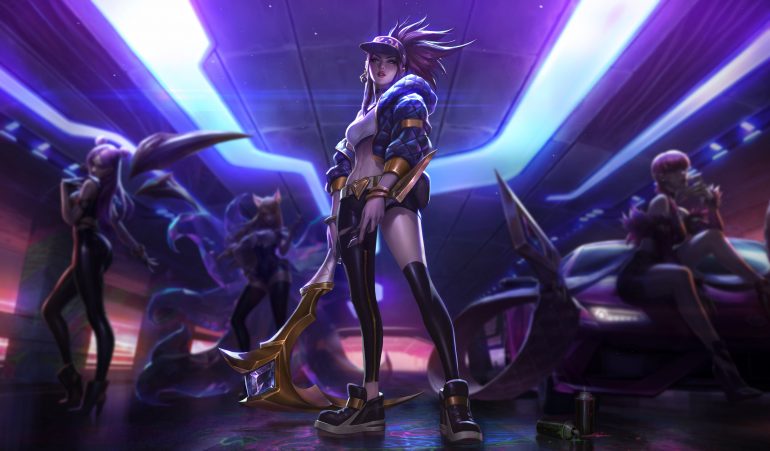 Whenever Riot releases or reworks a champion, it typically tries to give them enough power to stick among the player base. This makes sense from a business perspective—it’s probably a smart idea to hype a shiny new product.

But this also has ramifications, including on professional play. Take the 2019 Mid-Season Invitational for instance. So far at MSI, seven out of the 18 champions who have been picked or banned in over 50 percent of games are champions that have been released or reworked in the last two seasons. These seven champions are:

These seven champions have proven to be the most popular at the tournament so far, and they have a lot in common.

One of the most interesting things about these champions is that, outside of Rek’Sai who was a more recent discovery, all of them have been central to the professional meta since their last major change. Akali, Irelia, Kai’Sa, and Galio were all staples at Worlds 2018. Irelia and Kai’Sa both got new skins as part of the Invictus Gaming’s championship line.

A lot of times, Riot will release a champion in a relatively weak state and then buff up their numbers to encourage more players to try them. But looking at how long these champions have been strong, it seems like they aren’t just good because of their numbers. This is a structural, not temporary, shift in the League meta.

In trying to figure out what’s going on, it’s also helpful to consider what types of champions we’re talking about. There’s one ADC, one jungler, and one champion that can be played at support—Galio.

The rest? They’re all top and mid laners. And that’s really interesting.

A bit of a minor stir was caused this week when G2 Esports bot laner Luka “Perkz” Perkovic said that bot lane is “definitely a lot easier than mid lane.” Perkz would know—he became a star as a mid laner before moving to the bot lane this year to allow Rasmus “Caps” Winther to join the team. “Mid lane players are way more versatile, more skilled in general, and have a better sense of the game,” Perkz said.

This does make sense. From a mechanical standpoint, the primary duty of an ADC player is to position correctly in teamfights. Yes, you have to use abilities and click on the right targets, but in front-to-back fights, the ADC who balances their own basic attack range with the enemy’s attack and engage range best wins.

Oftentimes ADCs simply have to hit whatever is in front of them while relying on the team to engage and peel. Of course, one of the premier ADCs that defies that pattern is actually Kai’Sa. Because of her ult, Kai’Sa players get an additional way to show off their mechanics and decision making—they can pull the trigger by themselves to fly in and neutralize a backline carry.

But each of the solo laners on the list above, aside from maybe Galio, requires a tremendous amount of skill. It seems that as Riot has worked on champions over time, the design team managed to put more skill expression into its creations.

This is certainly the case with a champion like Akali who has it all—defensive options, multiple mobility spells, and damage galore. She just has a lot in her kit, and in the hands of a pro player who can use all of her tools, she’s downright oppressive.

If Riot is indeed making more skill expressive champions, it makes sense that they’d find their way into competitive tournaments where the best players can show off their skills. How good of a change this is, however, is up for debate.

Balancing these champions is made even more difficult by the fact that almost all of them are flex picks. Flex picks have been a huge priority of MSI teams, especially those on the red side. Sylas, Akali, Irelia, and even Ryze, who was reworked in 2016, can go either top or mid. Galio can moonlight as a mid laner in a pinch, too.

That means if a player does want to try a lower-skill solo laner, it’s almost guaranteed that the opposing team will have a decent counter and a way to dodge bad matchups. It doesn’t help that one of Akali’s main counters is Sylas.

This makes balancing the game around these new champions difficult. Taking a simpler champion against a Ryze or Irelia is like bringing a knife to a gun fight. It only really works if the older champion’s numbers are significantly buffed to the extent that counter matchups and flex picks don’t really matter.

Hope is not lost, however. Some of League’s oldest champions, like Kennen, Lee Sin, and Jarvan IV, are doing just fine. This trend isn’t an epidemic yet. It seems like Riot will continue to release champions that have newer mechanics and a higher skill ceiling than before. But it does need to be cognizant of the skill gap in the game and how that can influence things down the road.

We don’t want the oldest champions to be pushed out entirely, but the current meta is really fun. It’s entertaining to watch teams try to figure out where that Sylas is going and whether handing over Ryze is a good idea. Riot just has to be careful to make sure that’s not all we see.