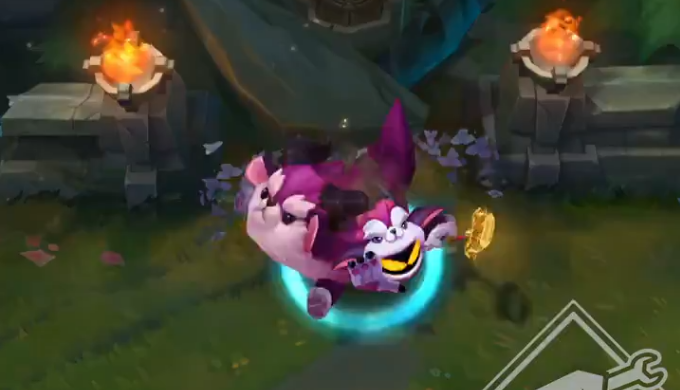 Get your wallets ready, League of Legends fans. More skins are coming.

Riot Games revealed two new skin sets today that will arrive soon on the Public Beta Environment (PBE). While the Worldbreaker cosmetics for Malzahar, Maokai, and Sion are more serious in nature, the Little Legends inspired Tristana and Veigar skins are as troll as it gets.

The Worldbreaker skins recolor the champions with shamanistic hues of jade, gold, and ruby, with a pastel blue undertone. Malzahar, Maokai, and Sion each look like an ancient, evil presence tasked with the job of guarding a valuable treasure from Indiana Jones. The skins come with new ability and backing animations, as well as new sound effects.

The Pengu Cosplay Tristana and Furyhorn Cosplay Veigar skins, on the other hand, are adorably hilarious. The Yordle Gunner dresses up as the Pengu Little Legend, firing penguins out of her golden gun that explode in confetti and stars. The evil Veigar maintains his sinister look but is masked by a whimsical exterior. The champion dons a Furyhorn costume and a spatula, summoning the Little Legends from the sky.

The skins are going to be tested on the PBE before launch, but they’ll likely be released in the next couple of weeks. This is especially true if Riot wants to release the troll cosplay skins as April Fools’ content.