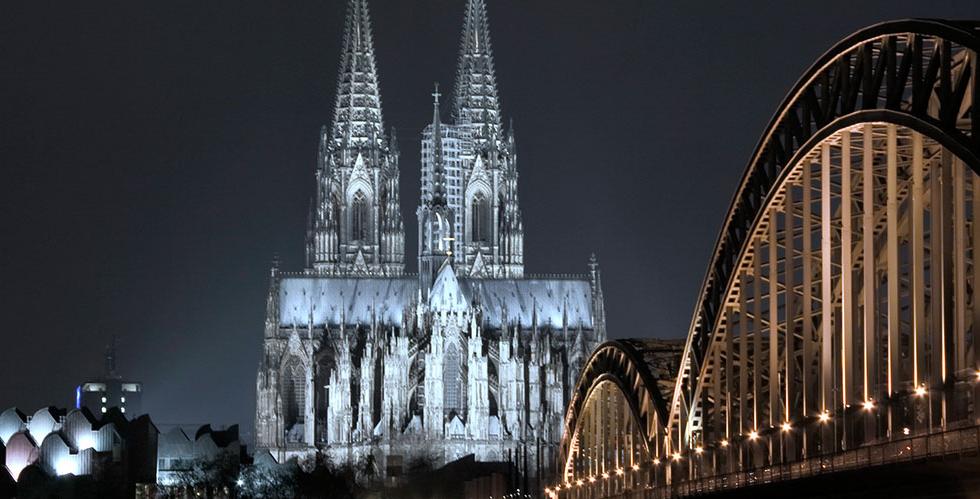 New rosters arise, the old ones still prevail. Once again we’ve been taught that experience and enough practice time is much more important than a shiny, talented lineup. For most of us, this has been a tournament of story lines, with new players all over the place in the last opportunity to prove themselves before the LCS begins. Although those offseason showings should not be considered too crucial for determining team’s future success, at least we had an opportunity to get a better grasp on how those squads are going to synergise and what their main strategy is going to revolve around. Lot of play styles have been shown, the preseason meta has been set in place and many players have shown that they are a force to be reckoned with. With all of that available, I’ll do my best to explain how are those factors going to transition into the spring split, what each team’s strenghts and weaknesses are and which players you should keep an eye on.

Starting with the winners of IEM Cologne we have got EVER, the slayers of World Champions. This Korean semi-professional team that failed to win their promotion series into the LCK has originally made their name in an offseason tournament named KeSPA Cup with an incredibly surprising run where they were able to beat various legends of Korean esports, such as Samsung, SKT T1 and CJ Entus. Even though KeSPA Cup has been a great showing of EVER’s potential, there is a space for arguments as the favorites for the tournament most likely didn’t spend as much time preparing for EVER as they did for others – for example playing with Scout in game 1, who has been on a bench for the whole year. Nevertheless, being it a fluke or not, EVER has shown a great performance and everyone was waiting for IEM to see if they truly have potential to stand out against world class teams.

This rookie roster has been able to perform amazingly throughout the whole tournament and has secured a first place in very close finals against QG. But how is it possible for a team that is not even playing professionally to beat a team that placed second in Chinese summer split? Let’s take a look.

The players: The lineup is filled with the best of Korean non-professional talent, though the biggest standouts are definitely the botlane duo players. Key’s mechanics, shotcalling, playmaking potential and warding abilities are truly exceptional and I wouldn’t be scared to rate him as a top 5 support player in the current League of Legends, considering he continues to show plays on the same level as he has shown at IEM. His AD Carry Loken has made his name mainly for his quality of positioning and capability of making amazing plays on lategame carries inside of teamfights.

Drafts and champion pools: To put it simply, EVER was a team that by themselves set the meta of IEM Cologne. The quality and precision in their draft phase has been extraordinary and they have many times won games just by drafting correctly with the help of flex picks. After their game with H2K, all of the teams had to rework their pick-ban just because of how strong drafts EVER was able to get. The credit goes to the coaching staff and their great preparation for the tournament.

The future for EVER is quite volatile as there is a high chance of them breaking up, caused by various offers from professional teams for specific players rather than the whole team. Unfortunately, there is no possibility of them making it to LCK. Najin seemed to be the last chance for the rookie team with a possibility of buying them as a whole, but now it appears very unrealistic as they have lost majority of their sponsors and surely won’t have the required funds for such a move. I believe the last hope lies in China in buying the whole team by a wealthy organisation and possibly placing in a professional league. However, those are just speculations and we will have to wait and see, where their steps will lead in the future.

Qiao Gu, the kings of teamfighting, second placed team in Chinese summer split has performed quite well despite their shaky start in a series against Dignitas. QG’s Cinderela story goes back to the spring split where they won the promotion and got a spot in professional league in China – LPL. By their incredible teamfights, shotcalling and lategame strategies, they secured a second place finishing in summer split despite not qualifying for the World Championship.

For IEM though, it seems like they went back to their roots. Just like Swift carried the team throughout the whole spring split on jungle Nidalee, they prioritized it heavily in the tournament drafts and it has proven to be a great pick for the earlygame oriented meta. Where Swift failed in the earlygame, TnT and V stepped in and often provided enough of lategame power to get the team to finals. However, the future for this team might not be as bright as it looks.

The biggest weakness of QG has to be their midlaner Doinb. Except for one game in the finals, whenever he lost lane, QG has lost the game. This has to do with Swift carry potential, as he needs to have a secure lane in the midlane so he can focus on counter jungling and toplane ganks. Even though Doinb found his comfort zone on Victor and has shown great moments with the champion, he has been looking very uncomfortable on everything else and has been highly inconsistent. Working team is operating as one unit and everything is linked with the rest. QG’s midlaner will need to step up his game to enable his teammates to do their job without worrying for his performance.

Qiao Gu has had quite a hard time at the start, but I have to give them credit for getting better and better throughout the tournament. They adapted their drafts quite well and they sharpened their strategy and plan for the game whenever they found it lacking. It really seems like they had trouble figuring out the meta of the current preseason which is characteristic for all of China after all. I still have hopes for this team and I’m definitely looking forward to see how they will be able to adapt to season 6 in the upcoming splits.

Fnatic has recently gone through rough roster changes after loosing their star toplaner Huni and jungler Reignover, while adding Gamsu and Spirit to the roster. Everyone was wondering how would those players mash together and if they could fill in the shoes of Huni and Reignover, and we finally saw them in action.

Coming to IEM, Fnatic has made a clear decision about their strategy – Spirit is going to be the carry, being supported by Noxiak with aggressive playstyle, transitioning the lead into Febiven’s high damage mages and having Rekkles as a consistent clean-up AD carry. And the outcome? It worked quite well. Despite only having few days of practice, we were able to see the base of what they would eventually build their strategy on. Spirit definitely lived up to the expectations we had for him, Noxiak showed surprisingly well, providing solid mechanical abilities and aggressive playstyle. Only Gamsu still has a lot to work on, as he wasn’t as consistent as we hoped – He still needs to figure out his position in the team, calm his nerves down and be more proactive and helpful to his team. One more thing I have to point out is their shotcalling, which has been actually really good. But the more surprising part is that from what I’ve seen, Spirit and Noxiak are actually the ones that are leading the team, which is amazing for the future of Fnatic. I’d bet that communication was the first thing Deilor worked on with the players when they started with practice.

Even though the performance was good enough considering the circumstances, I am still worried for this new roster. I honestly expected Rekkles to finally show up and pick up the role of carry for the team. In past, he has shown he is able to take a lead and play carry champions, but with his picks and performance at IEM, he has clearly made a statement that he is still sticking to his cleanup positioning playstyle. This ultimately means that whenever Febiven has a bad performance, there is no secondary carry after Spirit to finish the game. I don’t think that is a healthy approach and I’m looking forward to how Rekkles chooses to play in the spring split, when he is comfortable with the team enough.

The new super team of Europe and winners of offseason roster changes. Amazing additions in form of Jankos, Vander and Forgiven enabled H2K to be an assured contender for top 3 placement in EU LCS, having a star player on every position in the team. Lots of expectations are currently above this lineup and it will take a hard work for the coaching staff to make it all work. But if everything goes as planned, this squad is going to rock.

How would I describe H2K at IEM with one sentence? “The first blood king is back”. Jankos has had insane performance, being part of First Blood in vast majority of the games played. Behind his lead, H2K seems to have a good grasp on how to win the earlygame and dominate in the laning phase. H2K’s duolane seems to be working quite well and they already showed what they are able to do when given opportunity. Odoamne is as solid and consistent as we are used to and Ryu looks even stronger than ever, providing exceptional outplays and performance throughout the tournament.

However, with only 2 days of practice, H2K couldn’t realistically expect too much from this years IEM. Their strategy looked very lackluster in transitioning the lead into the midgame and they didn’t have a good plan of how to close out the games, many times resulting in enemy comeback in the lategame. Given the circumstances, H2K shouldn’t take too much from the tournament and try to practice as hard as possible for the upcoming LCS split. Whenever Forgiven gets comfortable and returns into his prime form, this lineup is going to shine.

All in all, IEM Cologne has been a great, entertaining tournament with a lot of new players in different teams. We shouldn’t look to much on the results, but rather at the potential, qualities and synergy those lineup had while playing. With that being said, I can’t wait to see those clubs performing in the spring split all over the world and I’ll keep an eye on where their next steps will be.

Thank you for reading the article. If you liked it and would like to see more of League of Legends analysis, don’t hesitate and follow me on Twitter @Sixty_LoL to keep up with the new content!