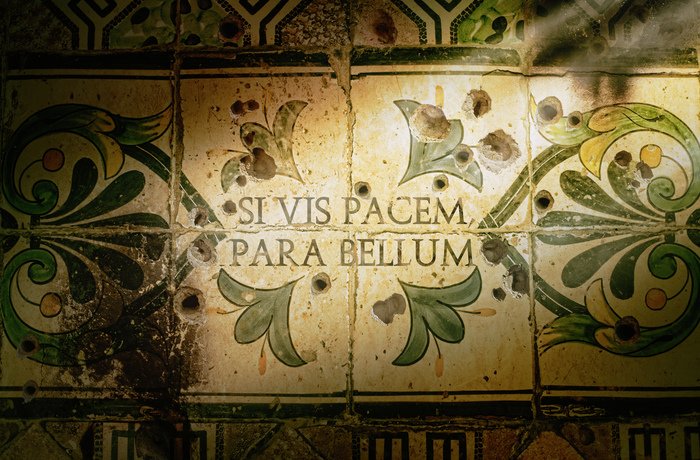 The next set of operators may finally be on the way in Rainbow Six: Siege, according to an ominous tweet posted on the official game Twitter account today.

The tweet shared the image of a tiled roof or wall and featured the Latin phrase, “Si vis pacem, para bellum.” The phrase is a well-known latin expression that translates as “if you want peace, prepare for war.” The tweet didn’t say which operators this could be referring to, but the origins of the phrase itself are a great clue.

The phrase was first used by Latin author Publius Flavius Vegetius Renatus in a book called De Re Militari detailing the military strategy and warfare principles of the Roman Empire.

Of course, that’s still not quite enough to go on. The phrase was actually first used, albeit worded differently, in Greek by Plato—long before Renatus published his Latin version. The phrase has also taken on a life of its own, being used and reworded by the likes of Napoleon Bonaparte, Nazi Germany, the United States Congress, Japan, the Chinese Shi Ji, and several military and naval operations around the globe.

Last month, leaks were posted to the Siege Reddit community detailing Italian operators, which, combined with the most famous origin of the phrase in Ubisoft’s tweet, seems to be enough to assume the new operators will indeed be Italian.

These new operators, assuming that’s what this teaser is actually pointing to, probably won’t be available for a little while, if past operator reveals and releases are anything to go by.