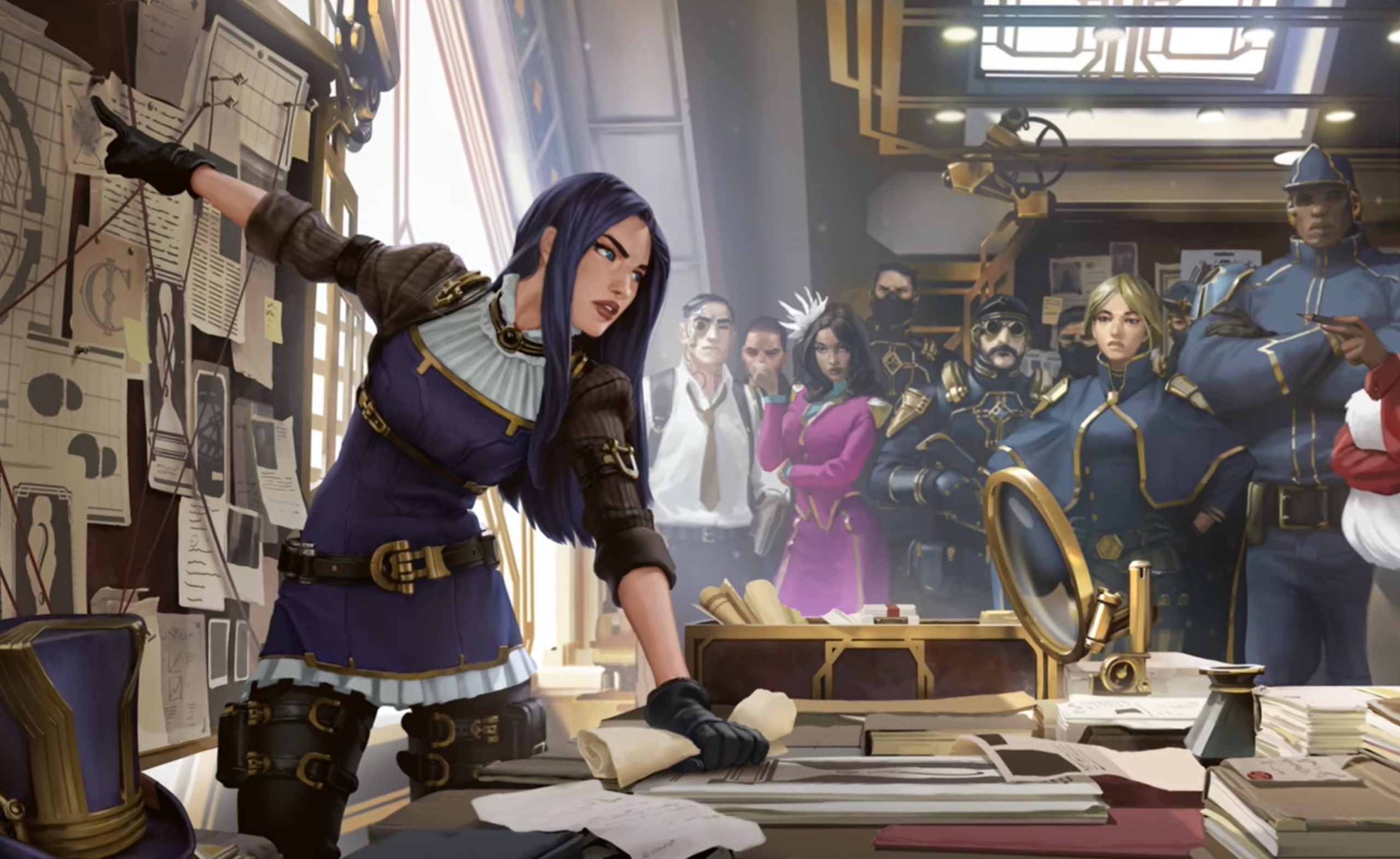 The teaser, which is just 14 seconds in length, showcases some of the show’s characters, many of whom are League champions including the already-confirmed Vi and Jinx, in addition to a few others. The characters in the teaser are only shown from the neck-down, and their full identities are kept in secrecy. But it’s pretty clear that about eight seconds into the trailer, the body of Caitlyn from League of Legends is shown, all but confirming the champion’s presence in the show.

Caitlyn is on the docket to receive a visual update in League of Legends sometime in the near future, as her revamped appearance was teased in the latest developer update for Teamfight Tactics. Caitlyn’s model in the new Arcane teaser closely resembles her yet-to-be-released League model.

Several other characters were shown from the neck-down in the latest trailer, but their identities aren’t as obvious as Caitlyn’s. For example, a masculine figure wearing a red ascot and white vest could resemble Jayce, but there aren’t enough visual clues to be sure. Plus, a character in a brown jacket with a green undershirt looks vaguely like Ezreal, but once again, there aren’t enough striking visual giveaways to be certain.

In time, all of the League champions making an appearance in Arcane will be revealed. The series is set to hit Netflix before 2021 comes to a close.

Arcane will be streaming on Netflix later this year. Neither Riot nor Netflix have announced an official release date for Arcane.