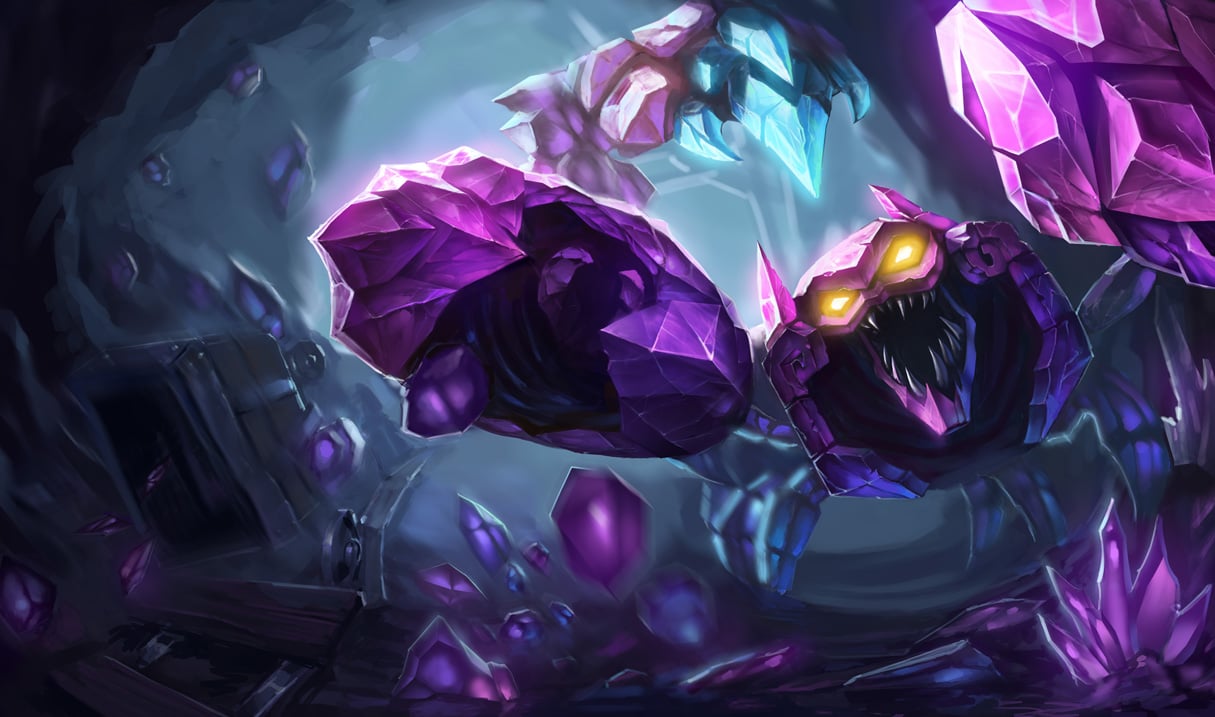 In the past few years of League, most newly released or reworked champions have had something in common: their unmatched strength. Given how there are large gaps between champion releases, these aren’t that big of a problem. Normally those that have recently landed on Summoner’s Rift are banned in most ranked games and disabled in competitive, until they’re (usually) nerfed into a more reasonable state. Some unlucky newcomers like Bard or Tahm Kench weren’t as strong and had to wait for a few buffs, but they’re the exception rather than the rule.

Reworked champions, however, don’t quite follow the same schedule. Riot has been busy the last couple of months, and we’ve seen new and revamped versions of Gangplank, Fiora, and the four “Juggernauts”: Skarner, Darius, Mordekaiser, and Garen. The most recent five reworks (all of those but Gangplank) are currently the most banned champions in Platinum+ ranked games. Three months ago your average game would include none of these champions, in either picks or bans. Let’s dive deep and look and why players don’t want to play against each of them.

Skarner: the king of zone control.

The Crystal Vanguard and his spires have terrorized games across all elos during the last two patches. He was so strong when 5.16 came out that he had to be hotfixed (and still remained powerful). His passive gives him a unique way of controlling the map and establishing dominance in key zones. Battling Skarner near a Spire he controls is never a good idea, so he forces other junglers to play around his power-zones and makes contesting neutral objectives much harder if he’s established position first. The spires also give Skarner a huge mana regen boost, so while clearing his own jungle he can spam his spells and still be ready to fight whenever he needs to. Even after being nerfed again in patch 5.17, he has one of the highest win rates in the game, hovering around 55%. Given all of this, it’s not surprising that most players decide to ban him.

Darius: you can run, but you can’t fight.

Darius wasn’t considered as strong when 5.16 arrived. In fact, Riot hotfixed him to make him stronger, and buffed him again in 5.17. He has some unique traits that make him scary, though. His mana costs stop being significant upon reaching level sixteen, his Decimate skill now heals him for 30% (!) of his missing health if he manages to hit two champions, and it has a decently low CD. Darius fits his role as a “Juggernaut” well. He’s melee, lacks mobility and becomes a significant threat if he manages to get into someone’s face. The problem is, given how much he heals with his Q, kiting him his only an option with very specific team comps. Try to focus him, and he’ll heal a good chunk while his team has an easier time hitting priority targets. Yet if he manages to secure a kill, his Noxian Might passive will allow him to mercilessly dunk anyone who’s still around. And believe me, you don’t wanna be around when that happens.

Another champion who’s made quite a bit of noise is Mordekaiser. His ability to get solo lane experience while paired with a support, his extremely powerful all-ins and his pet dragons are, again, not something most players are willing to play against. Being a melee champion, he can buy a Relic Shield and push the first wave extremely fast, shoving enemies under their turret and making their lives harder from minute three. While his laning is strong, he does get outscaled by traditional marksmen and becomes less effective as games go on. But again, there’s a problem, Mordekaiser is very strong in the first minutes of the game (when marksmen are weaker) and if his team secures a dragon with him around, he can push his advantage extremely efficiently. There isn’t much counterplay to having a massive, ghostly dragon spitting fire at your turret or poking you out of it. Again, due to his short range, Mordekaiser isn’t very good at sieging, with a pet dragon, that’s not a big issue.

Resourceless. Tanky. Determined. Garen was a champion that had all three of those, yet when he built damage items he wasn’t sufficiently durable and when he leaned towards more defensive ones he did no damage. The difference is that where old Garen would fail to kill a target, post 5.16 Garen rarely does. His unique villain mechanic changes the way teams have to teamfight around him. If a squishy carry gets a few kills and Garen points his sword at them, there’s little they’ll be able to do to survive the next teamfight. Thanks to the true damage on his Demacian Justice, he can get away with building only one or two semi-offensive items (usually a Black Cleaver) and then stacking resistances that will turn him into a raid boss or getting items that also empower his mobility, like the Dead Man’s Plate. With his passive scaling so well into the lategame, and considering he often builds a Spirit Visage or a Warmog’s Armor, his splitpush capabilities are now better than ever. While he’s not the fastest at doing that, give him an opening and he’ll Judge his way into your base. Being tanky, good in teamfights and split, Garen does everything a he’s supposed to do, and he’s a bit too good at it.

Her passive, when triggered, deals a percentage (that scales off of her bonus AD) of her target’s health as true damage. This alone means traditional beefy toplaners who like to stack health are never going to have an easy time against this champion. She’s mobile, durable (thanks to her passive and items like Ravenous Hydra or The Bloodthirster), and has different tools to hit hard no matter her target. Her W skill, Riposte, is probably one of the most frustrating (for the opponents) skills in the game. She basically becomes invulnerable for almost a full second, and then hits back and slows whoever was so brave as to attack her in the first place. Ignites, ultimate abilities and the strongest of crowd controls will all fail against a good timed Riposte. Most champions in League have some abilities that, when hit, can change the outcome of a fight, but against Fiora, that’s never easy. Then there’s her ultimate, which pushes her dueling capabilities through the roof and can also heal her whole team in a teamfight. For some reason.

Gangplank: it is not K

If you’ve been watching competitive League recently, you know what this champion is capable of. He’s such a strong laner we’re seeing him in the midlane now. Players like Origen’s Soaz, Jin Air Green Wings’ GBM or Edward Gaming’s PawN have all had good performances on the Saltwater Scourge. In yesterday’s EDG vs IG series, he was picked in three games and banned in the remaining one. The team with Gangplank won whenever he was picked, and he always had the most damage to champions. His barrels, while they have some counterplay, allow Gangplank to proc AoE critical hits of up to almost 2.5k damage, which also ignores a half of their target’s armor. Even if he isn’t easy to use in ranked and thus doesn’t have a high winrate compared to the champions previously mentioned here, he’s found his way into the highest level of play and it doesn’t seem like he’s going to leave it anytime soon, given that his recent nerfs were pretty tiny.

What these champions prove is that Riot’s new releases have been too many and too strong lately. Right now, they are frustrating to play against, both because of their kits and their strength. With the Season 5 World Championship starting in just a few weeks, I hope Riot finds a way to make the game balanced and diverse. If patches 5.16 and 5.17 give us a different set of top tier picks but don’t diversify games, then their Balance Team will have failed to do their work in the most crucial moment of the year. They’ve said it before: “we don’t want you to lose at champ select”, so let’s hope they can address these issues and give us a balanced end of the season with 5.18.

Special thanks to James “Pelkasupafresh” Pelkey, editor of this article. You can follow him on Twitter here.