Neeko gets buffs for the first time in Patch 9.5

The Curious Chameleon gains a power boost in this coming patch. 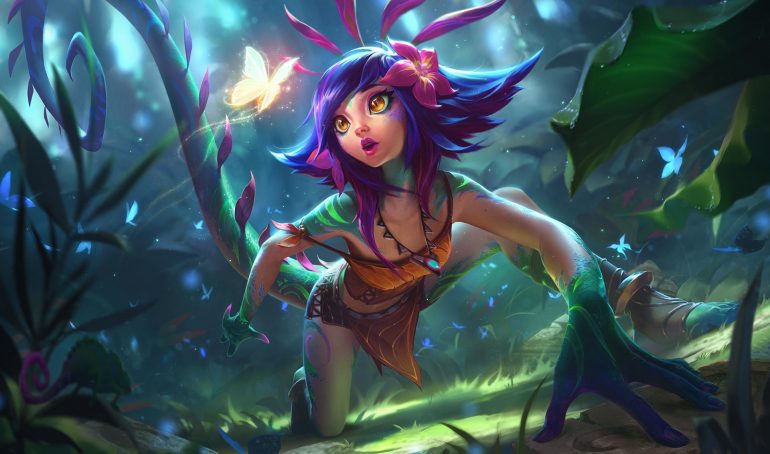 For any Neeko fans out here, it’s time to rejoice! Your favorite shapeshifting champion is finally getting a buff in Patch 9.5.

The newest champion to hit the Summoner’s Rift actually hasn’t seen much attention patch-wise since her release, which is unusual because Riot Games usually tries to push players to use new champions. As patches passed by, however, her playrate has dwindled significantly from Patch 8.24 to now. Starting from a playrate of 3.81 percent, she now sits at a measly 1.15 percent.

In fact, we saw her potential competitively in the LCS last weekend. TSM’s Sergen “Broken Blade” Çelik played her in the top lane against Cloud9’s Eric “Licorice” Ritchie and his Aatrox. As expected, Neeko controlled the matchup throughout the laning phase with her great poke and lockdown ability, and her root helped her survive ganks from Dennis “Svenskeren” Johnsen.

With this buff, Neeko’s solo laning is that much more safe, as she can now throw out longer roots in order to stop any potential ganks on her during the early game. Additionally, her teamfighting in the later stages of the game is improving, especially when she hits more than one target. We will need to see if this change will do anything to increase her playtime both on-stage and in solo queue.