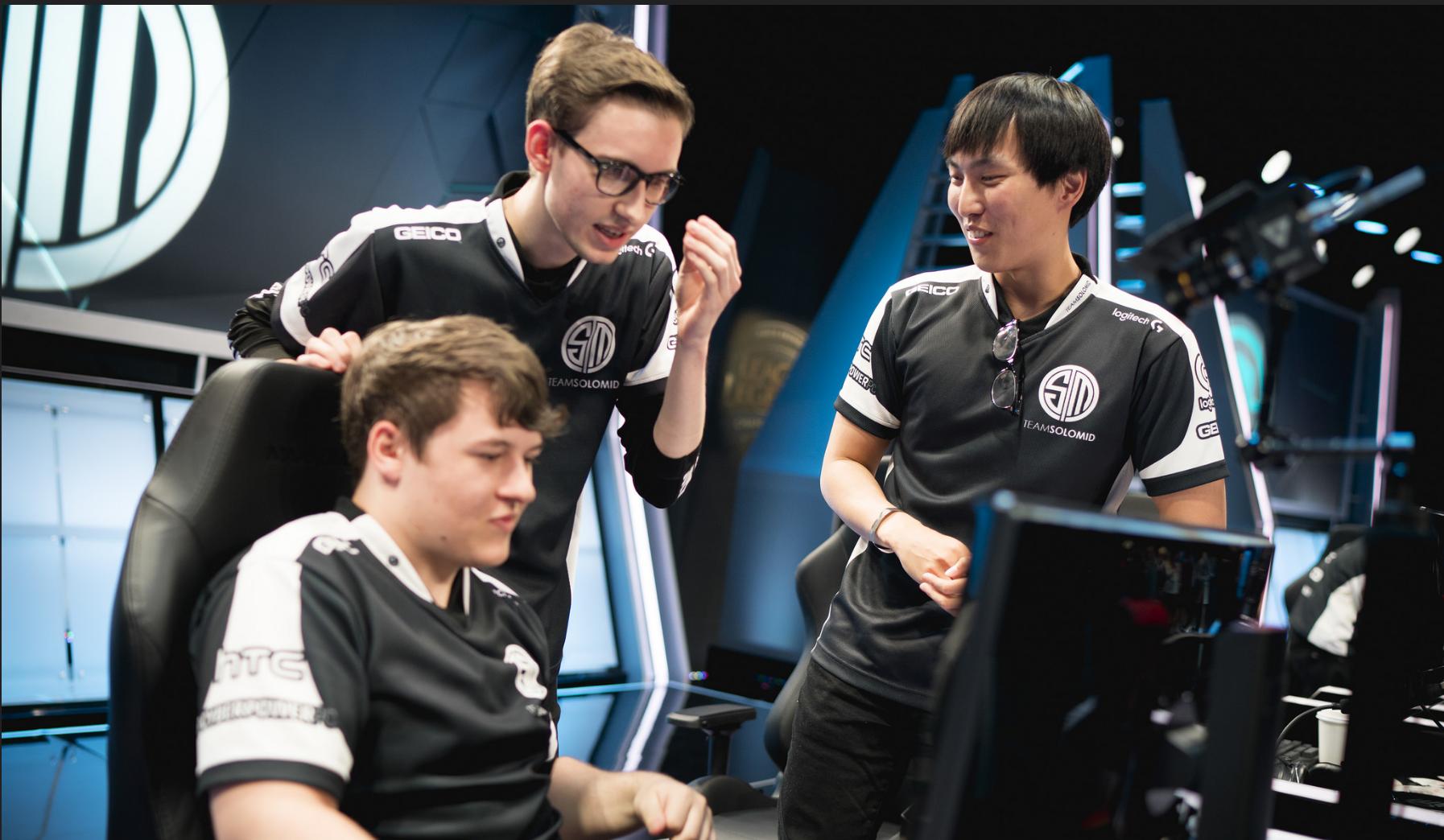 Four teams have emerged as dominant after two weeks of NA LCS action, and each of those squads will play one of the others in the week three opening matches.

Team SoloMid puts its unblemished 4-0 record on the line against Cloud9 in the opening series of the week on Friday evening. On Saturday afternoon, Immortals gets a chance to take down the league’s only other undefeated, Team EnVy.

Both Cloud9 and Immortals sit at 3-1.

Here are a few key themes to look for in those blockbuster matches as well as the rest of NA LCS week 3.

C9 vs. TSM: Battle of the elite carries

Is there anything better than watching two dominant mid laners duke it out in a matchup that no lane swap can spoil?

C9’s Nicolaj “Jensen” Jensen has been the most prolific death dealer this split. His 69 kills are 14 more than the next closest. Jensen has been particularly dominant with Viktor, playing to a 11.8 KDA in an unbeaten four games.

TSM’s Søren “Bjergsen” Bjerg’s 32 kills may pale in comparison to Jensen’s total, but it looks pretty good when you consider that Bjergsen’s 13 deaths are less than half of Jensen’s 27. Combined with his 69 assists, Bjergsen has by far the best KDA ratio among mid laners at 7.8, and his 68.7 percent kill participation is equal to Jensen’s.

Not to mention Bjergsen’s champion pool is enough to ruin any team’s pick/ban phase. He’s 2-0 with Viktor, Zilean, and Azir so far this split, and he was absolutely filthy as Vladimir in TSM’s series-opening shellacking of Immortals last week.

The league’s top-performing ADCs will also face off in this series. With 55 kills, C9’s Zachary “Sneaky” Scuderi trails only his teammate Jensen for the league lead. TMS’s Yiliang “Doublelift” Peng is not far behind with 53 kills, which he has amassed in two fewer games than C9’s deadly duo.

Doublelift’s early-game triple kill with Lucian was the turning point in TSM’s decisive game three in their win over Immortals last week and one of the most memorable plays of the young season.

.@TSMDoublelift picks up a triple kill near the Rift Herald! #NALCS https://t.co/i2w1Q0qJBT

Let’s hope for no lane swaps!

Immortals vs. EnVy: The new and newer kids on the block

It was only months ago that Immortals was the brash NA LCS upstart that nearly ran the table in its inaugural season. After a 17-1 finish followed by an early exit in the playoffs at the hands of TSM, the Immortals squad has the feel of an entrenched powerhouse.

Could newcomers EnVy be this split’s Immortals?

It’s far too early for such a bold proclamation. Despite being 4-0, EnVy still has quite a lot to prove as the team has not yet faced off against a top team. At this point, EnVy’s previous opponents have a combined record of 4-12.

EnVy still deserves a lot of credit for being so organized after coming together just weeks before the beginning of the split. While the core of the team transferred together from the Renegades team that Riot banned from LCS, jungler Se-young “Procxin” Kim and ADC Benjamin “LOD” deMunck joined the group late last month.

Top laner Shin “Seraph” Wu-Yeong has largely led the EnVy squad with a slow-paced, low-risk style that focuses on taking neutral objectives. EnVy leads the league in dragon kills with 32 and Baron kills with 11.

Seraph will likely have a tough time calling shots this weekend while trying to deal with the Immortals synergistic top and jungle duo of Seung-hoon “Huni” Heo and Yeu-jin “Reignover” Kim.

It has been an interesting start for Immortals. If not for the aforementioned game-changing hero play by Doublelift, Immortals could be sitting at 4-0. Overall, the team has looked much less dominant, taking a couple of thrashings in the opening games of the both the series against NRG eSports and the one against TSM.

EnVy also needs to get through the struggling defending champions, Counter Logic Gaming, to maintain an unbeaten record. Immortals follows EnVy with what should be a layup against the 1-3 Echo Fox squad on Sunday.

At such an early point in the season, it would be premature to assume the current top teams are untouchable. There are a few talented squads within striking distance that could find themselves right in the mix with a strong week.

Team Liquid is a strong dark horse candidate this week. Liquid opens the week against Phoenix1, the only team that’s yet to win a series, and goes onto face NRG, a team that has only shown glimpses of strong play.

With the return of jungler Joshua “Dardoch” Hartnett from suspension, Liquid looked better last week than in week one. Dardoch admittedly wasn’t at his best, but the team looked more confident overall.

Well this was a shit showing sorry guys

With two series wins this week, Liquid could reclaim the confidence that made them a dominant team down the stretch last split.

After two wins week one and two losses week two, Apex goes up against Phoenix1 and C9 this week. The team has been up-and-down within games and series, living and dying with the boom or bust play of their top laner Ji Won “Ray” Jeon.

Apex has the feel of a team with the ability to show up and take down a C9, but also a team that could play loose and lose to a Phoenix1. Either way, it’ll be interesting to see which Apex shows up.

Of course, we have to mention two-time defending champions CLG as a potential breakout. Nothing in the squad’s performance over the past two weeks suggests they have the focus and mastery of the new meta to be successful, but we know from their past success and recent run to the Mid-Season Invitational finals that the talent is there.

CLG eases into this week with a series against the struggling Echo Fox, before a true measuring stick game against EnVy.