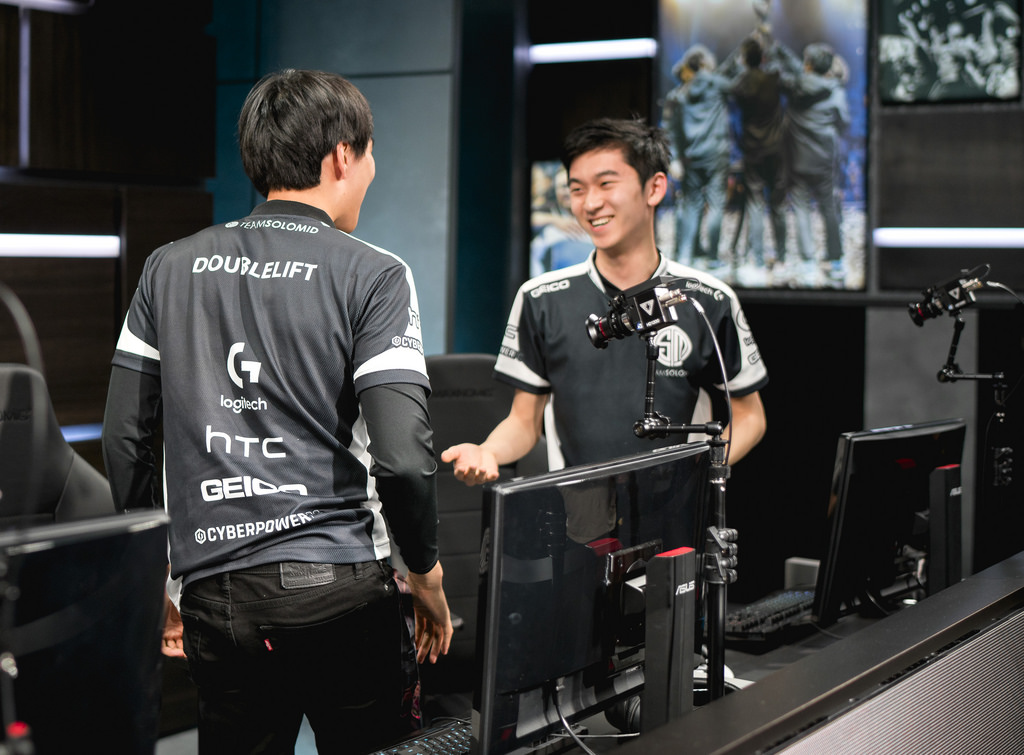 After three weeks of the LCS in North America, we’re seeing two tiers of teams emerge in the standings.

Team SoloMid is now in sole possession of first place with a 6-0 record, narrowly surviving Cloud9’s bid to end their undefeated run on Friday in a close, three-game series. Rookie TSM support Vincent “Biofrost” Wang outplayed his Cloud9 counterparts, showing that he’s a big reason why Team SoloMid look dominant this season. They’ve won 86 percent of their games, a step above the two teams just behind them.

Immortals and EnVyUs sit one match behind Team SoloMid in the standings after the two 5-1 squads met on Saturday. Immortals took the 2-0 win over EnVyUs, but only after a crazy second game where Immortals blew a 9.6k gold lead only to come back with a huge team fight wipe at their own half-health nexus. EnVyUs recovered from the emotional loss Sunday to beat the defending LCS champs Counter Logic Gaming in a 2-1 bout. Jungler Kim “Procxin” Se-young looked unstoppable with a 18/8/24 KDA through the series.

Rounding out the teams with winning records is the 4-2 Cloud9, who beat Apex Gaming after their loss to Team SoloMid. The team continues to swap supports every time they flip sides of the map, which has produced uneven results; they’ve played all 3 games in five of six series this season, the most in the league.

Team Liquid climbed the standings in the weekend to 3-3, but it’s hard to say they’ve ended their early season woes when the wins came against the 1-5 NRG eSports and the 0-6 Phoenix1. That team’s presence in the LCS is “disheartening” due to their poor level of play, Liquid AD carry Chae “Piglet” Gwang-jin told ESPN. Piglet sat on the bench this weekend as Jovani “fabbbyyy” Guillen made his LCS debut, the team subbing him in against the weak schedule.

Tied with Liquid at 3-3 is Apex Gaming, who continues to play close series against top teams but can’t seem to close them out. Rookie top laner Jeon “Ray” Ji-won continued his inconsistent play, carrying the second game against Cloud9 with an 8/3/13 KDA line on Jarvan IV, but following it up with a 0/7/5 dud on the same champion in the series’ final tilt.

Counter Logic Gaming is in the midst of posting the worst ever season for a defending LCS champion with a 2-4 record through three weeks, this time falling to EnVyUs in the final series of the weekend. CLG looked strong at the Midseason Invitational. But it looks like the more mid-lane focused metagame has passed them by, as Choi “HuHi’ Jae-hyun continues to struggle with a 3/8/9 KDA line in two losses to EnVyUs.

Duking it out in the relegation zone are NRG eSports, Echo Fox, and Phoenix1, a trio of teams that failed to win a single series this weekend. NRG eSports continues to be a major disappointment featuring a roster packed with potential star talent that looks content to sit back and lose on the Summoner’s Rift. Echo Fox returned their Spring roster, but a few months of experience together isn’t enough to overcome their talent deficiencies. But they’re still better off than Phoenix1, whose 14 percent map win rate means they’ll need a miracle to even win one series this split.