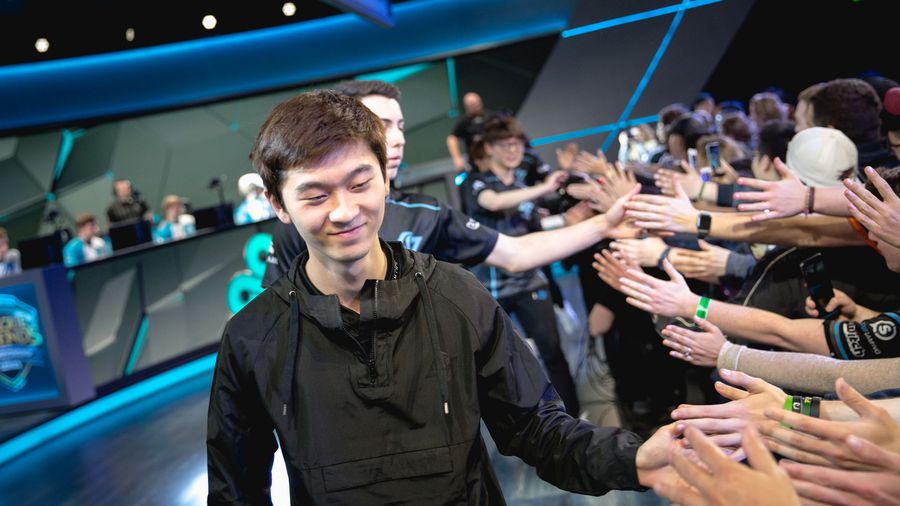 After weeks of chaos in both of Riot’s European and North American LCS leagues, things are finally beginning to settle down in NA.

The playoff field has nearly been decided after week seven—OpTic and FlyQuest both going 0-2 on the week gave sixth-place TSM a near insurmountable lead. The only remaining team that can contend is, believe it or not, CLG. They suddenly look like world beaters. But is it too little, too late?

To find out, our staff ranked each team from 1 point (worst) to 10 points (best). We start at the bottom where despair reigneth.

Out of the picture

The playoffs are over for these teams. But that doesn’t mean they can relax. Each has one thing to solve before the summer split.

Just looking at the roster, we knew this year was going to be rough for OpTic. The lane phase, which was a pleasant surprise earlier in the split, has been abysmal of late. Jungler Matthew “Akaadian” Higginbotham has been stuck on a steady diet of Sejuani, not a strong early-game snowball champion. The challenge for this team would be to get more proactivity out of Akaadian and support Daerek “Lemonnation” Hart. If those two can’t figure it out in the next couple weeks, expect some roster changes before summer.

The Guardians have finally started taking our advice and throwing resources into the side lanes. And it’s worked! We want to see them continue to prioritize ADC Matthew “Deftly” Chen in the lane phase and see if he can carry if given the tools to do so.

This team was built around two Korean imports, mid laner Song “Fly” Yong-jun and Lee “Flame” Ho-jong. Flame has, for the most part, held up his end of the bargain. But Fly has been terrible, and if he can’t figure out how to carry, or at least help influence the map, FlyQuest may need to move on. Fly taking up an import slot means he has to carry.

Can they make a run?

CLG somehow are back in the playoff race, a week after falling to 10th in the power rankings. They probably won’t make it, but they have some fun matchups against Echo Fox and TSM coming up.

In truly counter logic fashion, CLG took down the two strongest teams last week. They did it with strong play out of the bot lane, which has been inconsistent so far this split. For the first time all year, Vincent “Biofrost” Wang has stepped into the playmaking role that former starter Zaqueri “Aphromoo” Black filled. CLG are not likely to make playoffs this split, but know that the foundation they’ve built can work. That means a lot for a team building for the summer split.

The 100 Thieves have played extremely scattered League in recent weeks, like they’re playing solo queue on stage. Their extreme reliance on Aphromoo to make plays can hurt them down the line.

TSM lost to 100 Thieves last week, but they’re still in the spot because, for all their faults, they are improving. Sure, support Alfonso “Mithy” Rodriguez had one of the worst Tahm Kench ults you’ll ever see in that loss to the Thieves, but he’s becoming a more integral part of the team and its shot calling. Importantly, they don’t look totally lost in lane assignments, especially when things don’t go their way.

Liquid continue to drop games they shouldn’t. The issues that we identified early in the season—like how jungler Jake “Xmithie” Puchero can be abused early—haven’t really gone away. They’re living off talent alone right now.

Top of the class

We’ve been hesitant to elevate Clutch given their inconsistent performance and weak top lane. But they went 2-0 last week, and even though those wins came against OpTic and FlyQuest, as we’ve seen last week, beating a bottom-tier team is no easy task this year.

Just when we thought Cloud9 were learning to macro at a high level, we get last week’s game vs. CLG. An opportunistic Baron at 32 minutes was nice, but when the buff fell off some 3 minutes later, Cloud9 had only one measly turret to show for it. How is that even possible with all the buffs to Baron minions on Patch 8.4?

You can chalk last week’s loss to the Golden Guardians as trolling, but it revealed a very real weakness. Echo Fox like to respond to pressure in the bot lane by sending jungler Joshua “Dardoch” Hartnett to the top lane to get Heo “Huni” Seung-hoon fed. But they can’t abandon the bot lane against everybody. When do Johnny “Altec” Ru and Adrian Ma get some help?