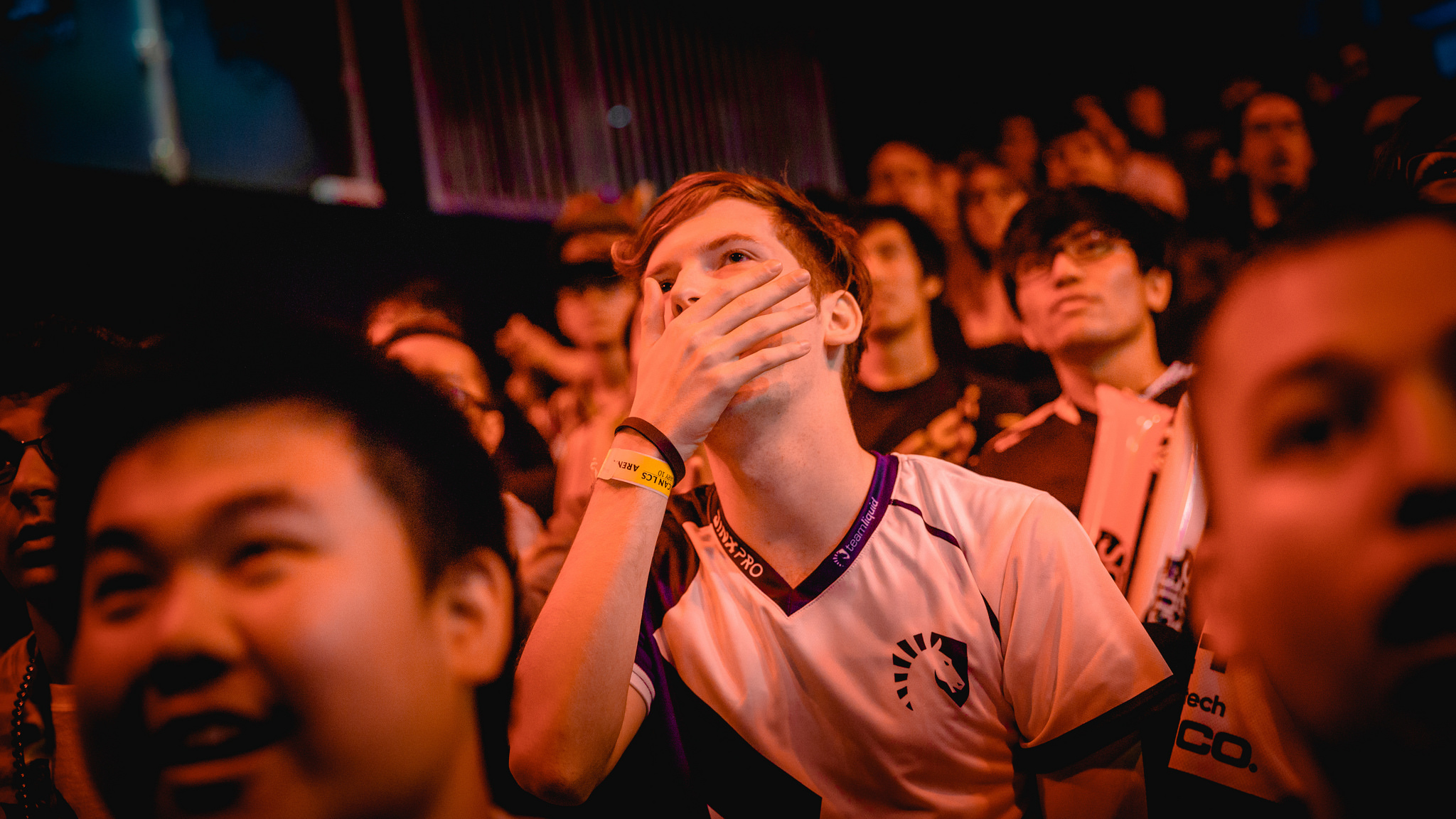 Sure, they lost a head-scratcher to 100 Thieves, but that could be chalked up to a botched draft that heavily indexed to AP damage and opened up scaling to their opponents. For the most part, TL had been smashing games, breaking them open before scaling could even come into the picture.

But last week, Cloud9 and Echo Fox crashed the party. Liquid fell flat against the other top LCS teams, and in the process, displayed weaknesses that had skated under the radar while they were winning. TL have a lot of work to do to make sure those issues don’t persist, giving future opponents a blueprint to beating them.

We took a look at Team Liquid’s issues in each phase of the game, starting with the lane phase.

The lane phase is so named because that’s when 8 out of 10 players stay in their starting lanes. That leaves two wildcards: the junglers. And one of Liquid’s chief issues is that their jungler, Jake “Xmithie” Puchero, isn’t wild enough.

Xmithie loves to complete a full clear on his first path through the jungle. For years on CLG, the team tried to make him more aggressive in the early phase of the game. Before Worlds 2016, they even brought in a competitor, Kim “Reignover” Yeu-jin to bootcamp with them and shore up Xmithie’s early game. But habits have been hard for Xmithie to change.

That trend has continued on Liquid. Xmithie often patiently clears before heading to the bot lane, where ADC Yiliang “Doublelfit” Peng loves attention. That usually makes sense given Liquid’s self-sufficient solo laners. But when Xmithie does roam top or mid early, he often does to devastating effect, surprising opponents that simply don’t expect him. Against FlyQuest earlier in the split and Echo Fox last weekend, Xmithie’s visits to the solo lanes found easy kills on unsuspecting enemies.

But those moments come few and far between for Liquid. Cloud9 took advantage of Xmithie’s predictability and generally careful style by rushing their own jungler down to the Infernal Drake at level three, guessing that Xmithie likely cleared that side and would not return.

To be fair, Xmithie’s farm-heavy style works when his lanes are ahead. But that’s not a given against the best LCS teams. Against C9, Doublelift was losing a tough matchup to Zachary “Sneaky” Scuderi, and against Echo Fox Jung “Impact” Eon-yeong was losing a favorable matchup to Heo “Huni” Seung-hoon. When the going gets tough, Liquid will need more creativity out of their jungler.

It’s not just Xmithie that needs to be more proactive, however. Liquid need to throw more curveballs as a team. One piece we expected to be active moving around the map was Kim “Olleh” Joo-sung. Through four weeks, that hasn’t really been the case.

It starts in lane. Check out that clip of Xmithie’s gank against Echo Fox again. Notice how while he was mid, his duo lane blew all four summoners to Echo Fox’s two. Olleh and Doublelift’s synergy in lane clearly isn’t quite there yet.

They’ve settled into a rhythm where Doublelift picks a super-scaling hypercarry and they just survive. More often than not, that works. But against the best teams, you need to be able to force the issue. Doublelift is great at lane bullies like Jhin and Lucian, but this year, he’s stayed away from Ezreal, the top ADC and a bully with the Kleptomancy rune. He’s really never been fond of Ezreal, and the Tristana he loves is fine. Unfortunately, Liquid’s problems don’t end there.

When Liquid do win the bot lane, that should be an easy way to snowball the game. After all, ADCs are great at taking turrets and objectives and are uniquely positioned to control the map. When Liquid are ahead of the play and rotate early, good things tend to happen.

That type of roam is the stuff Liquid should be looking for more proactively. Even when they succeeded in that play, things could have been better. Clutch jungler Nam “LirA” Tae-yoo never should have had options in the bot side river, not with the priority the Liquid duo lane had on the lane. A better setup could have prevented mid laner Eugene “Pobelter” Park’s death. All they needed was a Taric there to drop an ult.

To be fair, the duo lane reacted immediately once they saw the Clutch play. But against the best teams in the region—and the world—the little things add up.

The final piece to Team Liquid’s puzzle isn’t so much a strategy element as a question of mentality. It can sometimes be a crutch for a team that knows it’s better to pick for late game and trust that they’ll outscale and outplay when it really matters.

We’ve seen this before from Doublelift: the insistence at Worlds last year to keep playing Kog’Maw despite opponents clearly preparing to punish him for that pick. Kog’Maw was fine in a vacuum, but not when the enemy knows how to camp you.

Ironically, the same issues can be seen this year in another Kog’Maw game. Doublelift is used to crushing his lane. After all, in that clip from the game against Clutch, he was beating a Caitlyn with a Tristana. But when his opponents push back, Doublelift and Liquid have a tendency to crumble a bit. This fight against Echo Fox showed how much they have yet to grow as a team.

There are many issues with that fight. Why are Liquid starting Rift Herald with Impact’s TP on cooldown? Why didn’t Doublelift check the bush with Kog’Maw’s R? Why was Doublelift alone in the first place? Why did Pobelter willingly separate himself from his front line despite no ult or summoners, and a Zac and Kalista on the enemy team?

We’re not aiming to be overly critical. Doublelift didn’t become the best ADC in the region by shrinking from big fights, and he had fights like this in the very same game against Echo Fox.

Xmithie actually reacts to the initial engage extremely well. It’s likely with Taric ult coming in, that he’ll live without Pobelter. But Pobelter comes anyway and basically suicides into the middle of nowhere. Nobody can help him and Team Liquid throw the fight.

Even the best teams can’t win every fight. But good ones know which ones to take, which ones to avoid, and which ones to go all-in on. Team Liquid have won most of their games in sub-30-minute stomps. When somebody punches back, they have to figure out a way to fight back. Olleh and Doublelift’s chemistry should improve, and Pobelter usually won’t throw fights. But mental resilience is something all of Liquid need to learn to fulfill their destiny as the NA LCS’ super team.