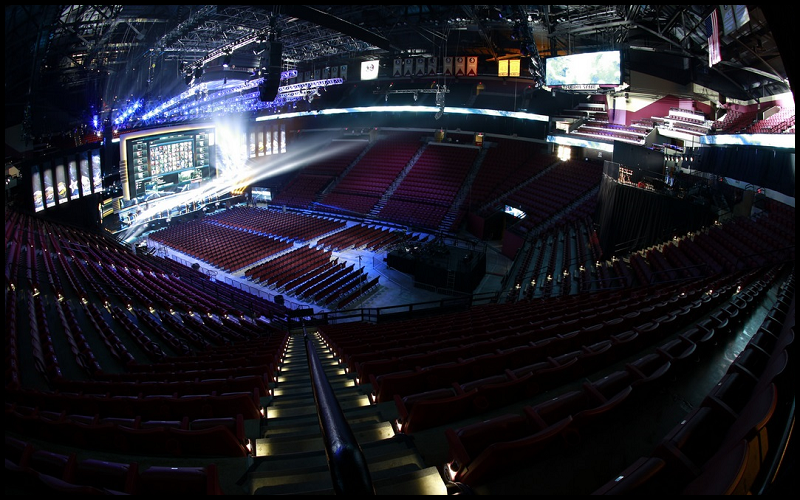 What could have been is now an echo of a memory in the back of the minds of the North American faithful, as a new and very real issue has quickly become apparent: the region has drastically fallen behind.

Since that date three months ago when Team SoloMid (TSM) were systematically dismantled by some of the best teams in the world, North America as a region has devolved into a nightmare that has consistently given hope in the form of a moderately successful team, only for that hope to be crushed weeks later.

Now, with the North American regular split concluded and the playoffs looming large, it is an appropriate time to review the summer season that was, how the teams performed, and how they’ll likely fare as we move closer to New York.

After the struggles Team Liquid have faced all through the year, it’s a testament to their tenacity that the historic name was able to clinch first in the regular season.

Honestly, it’s about time considering the impressive roster they have at their disposal. Not to say the team has played particularly well, because no one in North America has. But with the issues in virtually every other top team in the region, the aforementioned tenacious approach, coupled with one of the best supportive infrastructures in the western scene and the high skill level of each individual player have seen the team improve substantially from their earlier performances. Perhaps the best example of this is Jae-hoon “FeniX” Kim, who has recently proved his mettle against the best teams in the region with the best performances of his short career.

Although their problems have been improved upon, this team is by no means perfect. Furthermore, the format of the regular season does absolutely nothing to prepare any of these teams for a best-of-five series, which also makes predicting which teams will perform substantially more difficult. Nevertheless, it’s hard to argue against Team Liquid being favourites to win the playoffs, as they possess all the attributes to thrive in a series-based environment, relative to their peers in North America.

Counter Logic Gaming (CLG) fashion, they started the season in good form, before falling off amidst the chaos that captured North America from the middle of the season to the end of it. Unfortunately, as some predicted the additional players acquired at the start of the season have not played, and without the threat of competition for their respective roles, the purpose of those signings may have been lost.

Regardless of what respective ‘age’ CLG may find themselves in, their play this split has been inconsistent and disappointing on a few levels. Despite that, they still managed to clinch a first-round bye which will see them take on the winner of Team Impulse (TiP) vs. Team Dignitas (DIG). In all likelihood, this is potentially CLG’s best chance to make a final in a long, long time, and should they earn their ticket to the World Championship, with that ticket comes an opportunity to see the true calibre of the current CLG team. Nevertheless, while they do have a good bracket and a bye, it’s probably more realistic to expect a Team Liquid vs. TiP final.

The key player for this team is Zaqueri “Aphromoo” Black — if he can overcome whatever mental block that seems to restrain him come playoff time, there’s no doubt that this team wields a dangerous and aggressive roster. However, given their inconsistent nature and the high chance of them playing vs. TiP, it’s difficult to see them making the final. Of course, if they do play up to their standard, CLG have proven they can topple anybody in North America.

The bright spark that was TiP faded in the most unfortunate of ways: by their own hand. Although they may have salvaged the debacle with Adrian “Adrian” Ma, it did cost them some practice time. And then, there’s Xian “XiaoWeiXiao” Yu. It’s difficult to be sure about what to say in regards to his crime except that after being here for the amount of time he has been, it is a ridiculous notion to suggest that anyone could be unaware of the negatives that comes with boosting accounts. However the subject of his sentence is not the purpose of this article.

The effects of it however, are. The most prominent: Austin “Gate” Yu has taken up the duties of XiaoWeiXiao, and in the context of his addition to the team, he’s turned in some impressive performances so far. The rookie has been made to fill the shoes of a veteran, which is no easy task. Still, with a limited sample size it’s uncertain how the new addition to the TiP roster will fare under best-of-five conditions. After all, despite impressive performances he has proven to be susceptible to mistakes. Regardless, they still look like a top three team in North America, amongst the ruins of others.

However despite their performances, one wouldn’t expect TiP to win it all. There’s certainly the possibility of a final, and in the last week (including the tiebreaker) they defeated Gravity twice, rather convincingly, and lost a tight one-hour game with Team Liquid, the best team in the region at the time. However, given their playstyle and their new addition in the mid-lane, performing consistently in consecutive best-of-five series will prove difficult, although the potential is there, other teams have proven their strength, and depth of play. It’s for this reason that the antics surrounding TiP recently are disappointing, and though they’re dangerous, they’re likely not expected to beat Team Liquid.

For a time, it appeared as if Gravity were soaring. With a new star marksman in Johnny “Altec” Ru, David “Cop” Roberson coaching and Michael “Bunny FuFuu” Kurylo now the shot-caller, the only question mark was on Min-Su “Move” Kang. Altec was a proven talent, but the gamble on Move came from nowhere. And for the start of the season, he played spectacularly. A vision orientated jungler, Move had impressive warding statistics, and was one of the strongest players in the League when it came to working with a lead.

However, as Gravity began to come crashing down to earth, their faults became more and more apparent. Lae-Young “Keane” Jang, while capable of playing meta champions, often utilised cheese-orientated picks that were rather bad in hindsight. And Move, such a strong jungler when playing with a lead, often struggled when behind. They became inconsistent — the bright hope of North America had begun to fall, following the same systematic pattern as TSM, DIG and even CLG in the same time period.

Make no mistake, despite their hardships in recent weeks, if the team can band together for playoffs there are some genuinely exciting prospects to behold should they make it onto the world stage. The biggest of which is perhaps their star marksman, Altec. The idea of witnessing talent such as him matching up against the best players in the world is one to look forward to, indeed.

While Gravity has proven that they surely are capable of holding their own and being one of the best teams in North America, their inconsistencies make this a hard team to call heading towards playoffs. That said, their ‘cheese’ and deep champion-pools may give them an edge, although much of NA has become accustomed to playing against it. Their bracket is also extremely tough, facing the previous champions TSM, followed by Team Liquid should they win against the former. Perhaps the best-case scenario that can be expected from Gravity is a semi-final berth.

Everybody’s favourite team (either to support, or hate) has struggled this split. There’s no other way to say it. They were the team that got annihilated at the Mid-Season Invitational (MSI), and ever since then their performance has dropped dramatically. Their infrastructure has faltered, their play is weak, and their media makes it all look so very dramatic. Indeed, TSM’s fall from grace has been so elaborate it deserves an article all on its own.

Why then, are people so excited for this team in a best-of-five setting? Allegedly the best series team in North America, hype has never been lost for TSM. But in this instance, is it actually worth it?

Well, in short: yes, it is. To a degree, at least. North America as a whole region has been performing significantly subpar relevant to other teams destined for the World Championship. While TSM may be at the heart of this fiasco, they’re not the only culprits.

So then, someone may be reading this thinking: “So, they can win only if the others play bad?”

No — since their implosion at MSI, they’ve played exclusively single matches. No, that doesn’t excuse them from being behind the meta, or for Søren “Bjergsen” Bjerg not playing up to his usual high standards, or for Jason “Wildturtle” Tran flashing into five-people and dying, afterwards justified by fancy, albeit meaningless explanations because he still flashed into five people and died.

TSM have played to their lowest level in years. There’s no escaping that fact — but let’s be real, they’re still the team in North America with the most practice in a series format. They have the same roster, and their infrastructure, while struggling, is still more efficient than a lot of other teams in the region.

Can they win? Yes. Are they favourites to win the playoffs? No. Do they deserve to be ridiculed? Not unless you’re willing to ridicule literally every other team in the region.

Their first draw in the bracket puts them against an underperforming Gravity, and this version of the team has never been seen before in a series based format. TSM cannot take Gravity for granted. They may be favourites to take the quarter-final, but they can’t afford to underestimate their opponent or be distracted by the daunting challenge that awaits them should they win: Team Liquid.

One wouldn’t expect this coming series to be clean, as two out of form teams often display less than pleasing games to watch from an analytical standpoint.

No doubt the coming battle will be one of experience vs. innovation.

e worst team in North America, one wonders what exactly DIG did in the off season to warrant their surge of form. Unfortunately it couldn’t last, as their faults from last season began to hold them back, eventually. It raises the question as to whether they were simply taking advantage of the shortcomings most top teams suffered from at the time.

Regardless, based on past form it’s hard to see them beating TiP. Sadly, there isn’t much more to say. The latter have been extraordinarily impressive, exhibiting dominating performances over their peers, humiliating all but Team Liquid in crushing defeats. The former have suffered the proverbial NA curse, failing after showing a glimmer of hope.

One would hope DIG can rise to the occasion — perhaps veteran Alan “Kiwikid” Nguyen can inspire something in his troops — but it’s unlikely.

Looking ahead to the challenge.

It’s necessary for teams to rise above that precondition as they move towards the playoffs — it is not okay to make mistakes from a lack of discipline, it is not okay to play spectacularly one game, then falter the next. At playoffs, you are fighting for the chance to represent your region on the world stage. And you will be punished if you make these errors.

So, given that this is one of the few times in an entire year they get to practice best-of-five series in a competitive environment, for the sake of North America, the teams and the fans, everyone involved had better make the most of it.

Because the challenge has been set by the world.

Credit to LoL eSports and Riot Games for the standings information and images, respectfully.

Written by Mitchell “Zeju” Smith, you can follow him on Twitter. He wishes all teams participating in the playoffs the best of luck.